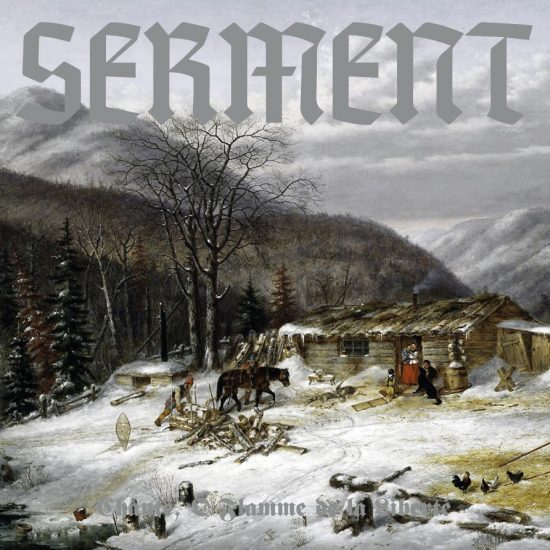 In mid-May our valued ally Speelie prepared for us an overview of recent and forthcoming black metal releases from Québec (Métal Noir Québécois), and the first band he highlighted was a solo project of Forteresse guitarist Moribond named Serment. A few days later Serment released the first two tracks from the debut album, Chante, Ô Flamme de la Liberté, and presented them together in a single stream. The music was so striking that we were moved to write about it immediately (here).

And now we have the opportunity to premiere a stream of the entire album, which is set for release on June 24th by Sepulchral Productions, a label that has been home to many brilliant releases of Québécois black metal. END_OF_DOCUMENT_TOKEN_TO_BE_REPLACED

The performance of all three movements of “Requiem” took place at Roadburn 2019, and Triptykon was accompanied by the Metropole Orkest, by Hannes Grossmann on drums, and by vocalist Safa Heraghi. The orchestration was composed by Alkaloid and Dark Fortress frontman Florian “Morean” Maier, working with Tom G. Warrior. END_OF_DOCUMENT_TOKEN_TO_BE_REPLACED

Forteresse were always the standard bearers for the Métal Noir Québécois movement, but I suspect the band is on hold for the moment. The guys are all involved in other projects right now, and these are starting to see the light. There seems to be an unwritten rule that the cooler the old, colonial-era painting that a Quebec band can find, the better the album it is used for. Guitarist Moribond has a new solo project called Serment, with this amazing cover art: END_OF_DOCUMENT_TOKEN_TO_BE_REPLACED