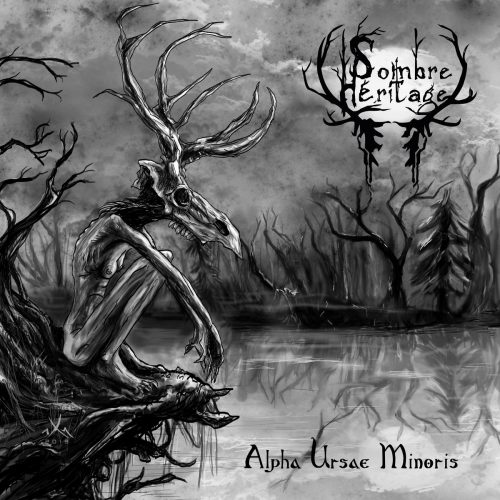 This road to this album premiere began in much the same way as yesterday’s premiere of the superb new album by Serment. In mid-May we posted an article by our friend Speelie that focused on Métal Noir Québécois. Along with Serment, it included the news that Sepulchral Productions would also be releasing, on the same day, the debut of Québec project Sombre Héritage, the title of which is Alpha Ursae Minoris.

With our interest having been piqued by that news, we paid close attention to the first track that Sepulchral Productions revealed from the album, a song that shares the band’s name — and it proved to be damned exciting, prompting the inclusion of the song in one of our Shades of Black features. And now we have the chance to bring you a stream of the entire record in advance of its June 24 release date. END_OF_DOCUMENT_TOKEN_TO_BE_REPLACED

I haven’t tried to find out how Enslaved’s new single is being received among fans and the metal press. I, for one, think it’s fantastic, and would rather not spoil the feeling by coming across some grim cur who’s sour about it. Not because I actually think anyone is entitled to be sour about it, but metalheads being metalheads, it’s inevitable. END_OF_DOCUMENT_TOKEN_TO_BE_REPLACED

Forteresse were always the standard bearers for the Métal Noir Québécois movement, but I suspect the band is on hold for the moment. The guys are all involved in other projects right now, and these are starting to see the light. There seems to be an unwritten rule that the cooler the old, colonial-era painting that a Quebec band can find, the better the album it is used for. Guitarist Moribond has a new solo project called Serment, with this amazing cover art: END_OF_DOCUMENT_TOKEN_TO_BE_REPLACED