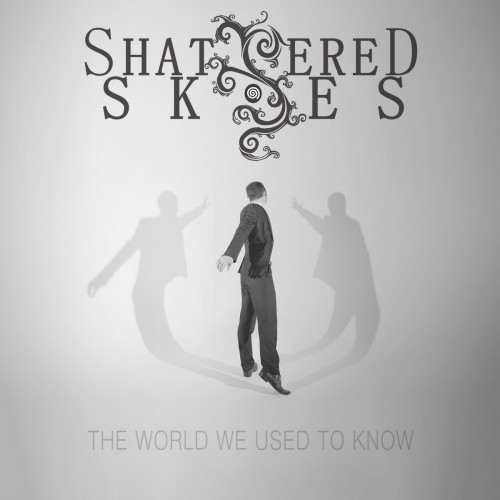 I was rabidly a fan of Shattered Skies’ debut EP Reanimation back in 2011. Their odd djent-meets-heavier-power-metal like Symphony X and Evergrey style made them really stick out to me. I’ve waited FOREVER for these guys to put out a full-length, and I was honestly wondering if they ever would. The World We Used To Know completely blew away my expectations for a debut from them, and it’s a definite surprise first highlight of 2015.

The grooves on this record are like getting hit by concrete-filled boxing gloves, but it’s all punctuated by some absolutely angelic, infectious, and overwhelming vocal melodies, along with stellar keyboard and string incorporations. END_OF_DOCUMENT_TOKEN_TO_BE_REPLACED 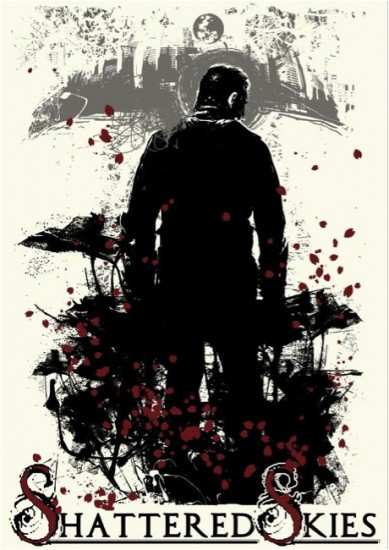 (In this post, TheMadIsraeli reminds us about an Irish band he first introduced to us back in June 2011 — a band who have just released a single and video called “15 Minutes” from their forthcoming debut album.)

I decided to use a shirt design by this band since they don’t have official artwork for their upcoming full-length revealed yet.  I thought it quite badass.

Shattered Skies are a band I only gave a brief mention to on the site when I first started writing here.  They had a free to download debut EP out at the time called Reanimations which I included in an EP download bundle I had put together. I’ve followed the band since, because I really liked their sound and found it quite engrossing.  I felt doing a spotlight feature on them was appropriate at this time, especially since they’ve finally announced a full-length to be out this year titled The World We Used to Know.

Shattered Skies are a rather interesting band, stemming from the djent movement but having moved out into a rather odd arena that is all their own.  This band is an exception to the rule around here, a huge one, but one I feel worth bringing to the forefront.

Essentially what we have is a band who combine djent rhythmic conventions with Evergrey-style power metal. END_OF_DOCUMENT_TOKEN_TO_BE_REPLACED

So now we move on to the list for Q2. I know people are going to complain, bitch, moan, and otherwise cry at me through the comments on how often I didn’t pick your favorite tech-death band that sounds like rejected Psycroptic demos, but if I haven’t heard it, I’m not gonna pick it. Now let’s get to the albums shall we?  (after the jump . . .) END_OF_DOCUMENT_TOKEN_TO_BE_REPLACED

(Intrepid NCS writer Israel Flanders has single-handedly convinced three excellent and musically diverse bands — The Apocryphal Order (The Faroe Islands), Shattered Skies (Ireland), and Rooks (Illinois) — to let us offer you their recent EP’s for free download, and we’re bundling them together for you in a package. But first, Israel has a few words of introduction . . .)

Guess what, I have a special treat for you today. Three bands agreed to let me post their EP’s today, so what I got for you is a music bundle! I’m gonna do brief summaries of these for you guys and let you be on your way =)

Go read my review of The Apocryphal Order’s self-titled EP here (“this album is full of furious thrash and death metal riffing, every drum beat you could possibly imagine, tempo changes, brutal hoarse vocals . . . . imagine a love child of Death, Testament, Forbidden, and Deicide“). (more after the jump . . .) END_OF_DOCUMENT_TOKEN_TO_BE_REPLACED