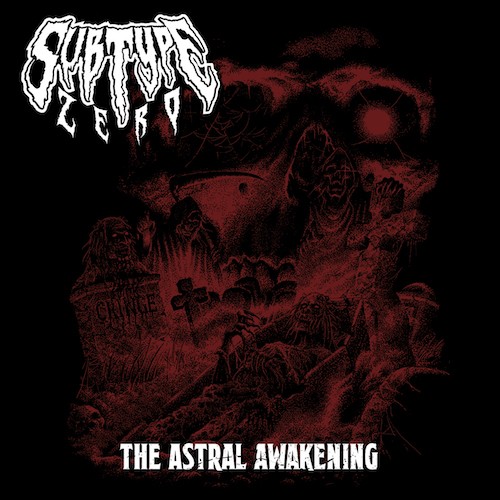 In August of last year we had the riotous pleasure of premiering a song for a track off the then-forthcoming debut album Astral Awakening by Ohio’s Subtype Zero. The name of the song was “Become Insane”, which could have been interpreted as a command (which in the case of that song is damned difficult to resist) or a description of what will happen to you if you listen to it (particularly accurate if you’re a lover of punk-fueled thrash). Either way (or both), it was a fitting title for that explosive track. The whole album proved to be just as much of a high-voltage, adrenaline-triggering rush.

Astral Awakening has now been out for nine months via Seeing Red Records, but we’ve got something that will remind you how electrifying Subtype Zero are, or introduce them to you if you’re encountering their music for the first time. It’s an eye-popping, thoroughly murderous music video for the twelfth and final song on the album, “Cerebral Cage“, and we’re presenting it to you right before a Subtype Zero tour that begins next week.. END_OF_DOCUMENT_TOKEN_TO_BE_REPLACED

Insanity has different root causes, durations, and effects. For example, there’s the chilling insanity that leads to serial killing, the mania that comes over some people who’ve just been cut off by some motherfucker swerving into their lane on the freeway, and the kind of madness that led to the invention of calculus. There’s also the quite invigorating temporary insanity produced by a blaze of metal capable of setting fire to a mosh pit. And that’s what we have for you here.

“Become Insane” could be a command (which in this case would be difficult to resist) or a description of what will happen to you if you listen to this song (predictably accurate if you’re a lover of punk-fueled thrash). Either way (or both), it’s a fitting title for this track by Ohio’s Subtype Zero, which comes off their debut album The Astral Awakening, which will be released on August 24th by Seeing Red Records. END_OF_DOCUMENT_TOKEN_TO_BE_REPLACED