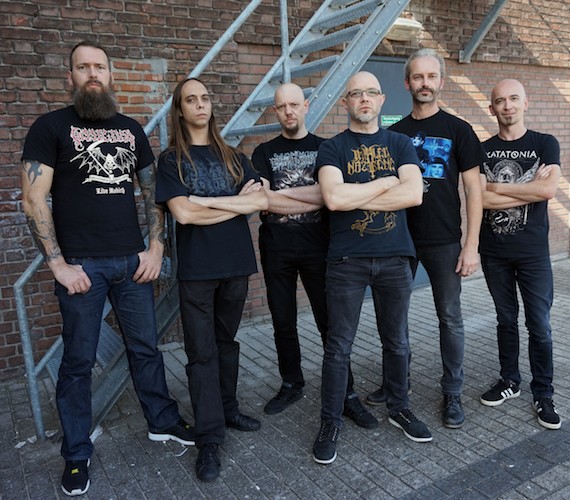 (We present Comrade Aleks‘ interview with Tom Palms, founding guitarist of the Dutch death/doom band Phlebotomized, whose last album was released in 1997 , who have revived after an extended absence, and whose first new album in 21 years is now on the horizon.)

As you probably know, the Netherlands’ avant-garde death-doom and whatsoever metal legends Phlebotomized  didn’t stop working after their sudden resurrection in 2013. The band actively forged their sound in the early ’90s, moving from pretty brutal death metal toward a new direction through experiments which took place on their full-length album Immense Intense Suspense and the absolutely different sophomore record, Skycontact.

It’s now 2018, and Phlebotomized are on Hammerheart Records and at work on their third album (the first one in 21 years!) under the title Deformation Of Humanity, which should come to light soon.

The only remaining original Phlebotomized member, Tom Palms, helped me to learn more about the band’s history and reveals a few things about the new stuff. END_OF_DOCUMENT_TOKEN_TO_BE_REPLACED