It was thus exciting to learn that Strigoi are returning with a follow-up full-length named Viscera, which is set for release by Season of Mist on September 30th. The first advance track from it — “Hollow” — is how we begin today’s round-up. END_OF_DOCUMENT_TOKEN_TO_BE_REPLACED 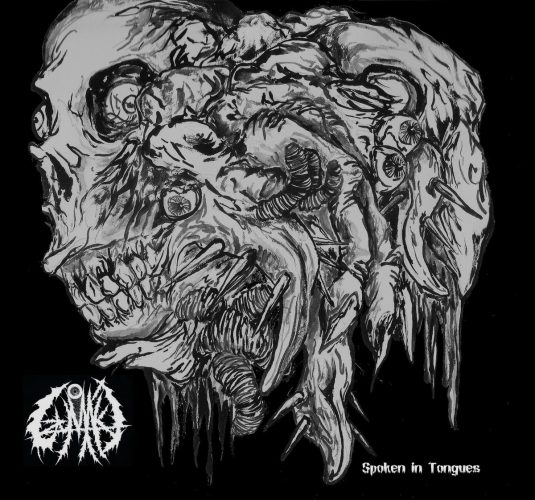 (This is Vonlughlio’s review of the latest album by the Mississippi-based death metal band Uzumaki, which was given a CD release last month by Vargeist Records.)

There comes a time for all of us when we are introduced to a project that has been going for a while, but we’ve overlooked, and once you make that discovery you’re immediately hooked. This was the case for me with the band Uzumaki, a death metal outfit run solely by Mr. Jared Moran, who creates complex and obscure songs that blow you away. That’s how I felt when listening to Uzumaki‘s latest offering, Spoken in Tongues. This record was digitally released last year, but thanks to Vargheist Records it has been captured in a physical format this year.

In planning for this small write-up I wanted to get familiar with Uzumaki’s complete catalogue. So I listened to the first album, Glossolalia, released back in 2012, and moved forward toward the newest one. I was curious to see if there had been some progression within the music or if instead it had become stale over time, and also to get a sense of the overall sound across the releases. END_OF_DOCUMENT_TOKEN_TO_BE_REPLACED