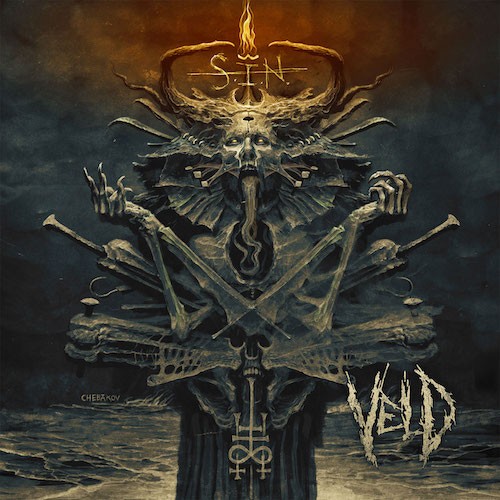 Three years on from their eye-opening 2015 album Daemonic: The Art of Dantalion, the Belarusian blackened death metal band Veld are returning with a new full-length named S.I.N., which will be released in June by Listenable Records. In addition to the formidable talents of vocalist/guitarist Kiryl Bobryk and bassist Tomasz Wawrzak, it features the drumming of Romain Goulon (Benighted, Necrophagist) and a guest appearance by Karl Sanders (Nile).

We had the good fortune of premiering a track from the band’s last album, and now we get to do it again, presenting a ferocious head-spinner named “Grand Day of Demise“, which does indeed threaten your demise in grand fashion. END_OF_DOCUMENT_TOKEN_TO_BE_REPLACED 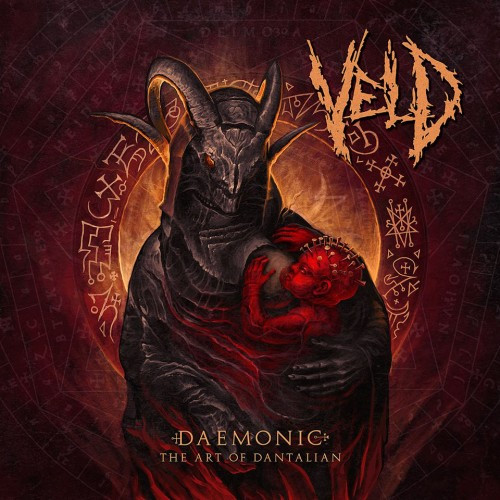 I have a theory that cool album art tends to correlate with cool music. It’s not always true, of course, but I’ve lost count of how many times I’ve been drawn to the sound of a new album through the artwork on its cover. When I saw the cover that you’re now looking at — which was created for the new album by the Polish/Belarusian band Veld — I was powerless too resist the urge to explore the music. And that turned out to be a very good call.

The album’s name is Daemonic: The Art of Dantalion and it will be released next month by Lacerated Enemy Records. In this post we have the pleasure of premiering for you a lyric video for a song from the album named “World In Obscure”. If you enjoy storming, tyrannical death metal that’s as bludgeoning as it is blisteringly fast, and as alien and exotic as it is physically jolting, this is one you don’t want to miss. END_OF_DOCUMENT_TOKEN_TO_BE_REPLACED