(John Sleepwalker of Avopolis.gr returns to us with this rare interview that occurred at Blastfest 2016 in Bergen, Norway, last February. And the timing of this publication suits the upcoming performances by Virus in Greece this month — about which you can find info at the end of the following transcribed discussion. )

What happens when key members of Virus, Dødheimsgard, Ved Buens Ende, Thorns, Audiopain, and Beyond Dawn sit around the same table?

Admitting how unexpected this meeting was would be a reasonable mention, but I think I should better state it turned out into one of the nicest memories an avant-garde fan could cherish. This interview took place during my stay in Bergen for Blastfest 2016; I remember I had to go to a hotel for some press activities and I found there two members of Virus and Dødheimsgard enjoying a cup of coffee. While we were talking about gigs and music, we thought that was a good chance to turn this into an interview (or keep it like a pleasant discussion, taking into account its overall flow).

However, what we didn’t know at that moment was that more people would sit down and join our company, while the interview was still taking place. You could easily tell this resulted in a meeting with a scene, and not with a band, even if some mandatory subjects are unfortunately missing. Needless to say, of course, Czral was a bit too kind — he felt quite sick and his cough was intense, but still wanted very much to participate. This, of course, is one of the rare occasions you don’t really encounter, so I think it is time you should grab your own cup of coffee, for it is quite an interesting read. END_OF_DOCUMENT_TOKEN_TO_BE_REPLACED 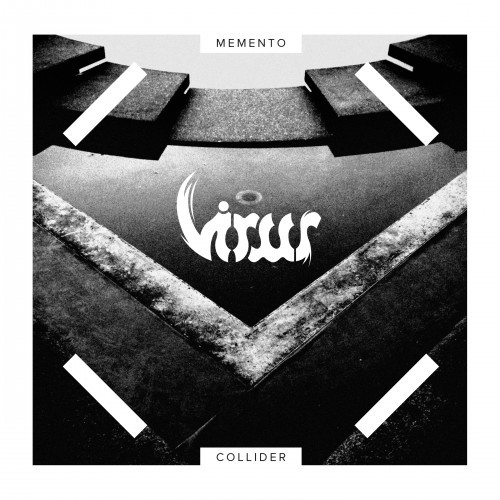 He was certainly not the only one responsible for the embrace of unconventional (for the scene) music by a large part of the scene’s fans; remember that during the years around the millennium’s turn Norway teemed with experimentation. Still, Carl-Michael, firstly with the short-lived but ultra-influential Ved Buens Ende, and afterwards with Virus, managed, with an almost extraordinary casualness, to engraft the mind of a seemingly stiff audience with components that on a first level appeared incompatible with it. What is more, he managed that without losing any of the listeners’ respect, most probably due to his simultaneous participation in more traditional acts. END_OF_DOCUMENT_TOKEN_TO_BE_REPLACED

Yesterday Debemur Morti Productions announced the projected release of a new album by the unorthodox and fascinating Swedish entity known as Terra Tenebrosa. The new album is named The Reverses and it includes the participation of some impressive guests: Jonas A Holmberg (This Gift Is A Curse), Alex Stjernfeldt (The Moth Gatherer), MkM (Antaeus), and Vindsval (Blut Aus Nord). END_OF_DOCUMENT_TOKEN_TO_BE_REPLACED

That Bandcamp alert concerned a just-released compilation of sounds from Oslo, Norway’s Duplicate Records entitled An Alignment of Shrines. It includes tracks by 14 bands — four of them from forthcoming releases and the rest from Duplicate releases over the last year or so. I recognized the names of 10 of the bands, and it happens that I’ve enjoyed and we’ve previously written about the music of all 10 of those. Here’s the list of the bands and the names of the releases from which the songs were drawn: END_OF_DOCUMENT_TOKEN_TO_BE_REPLACED 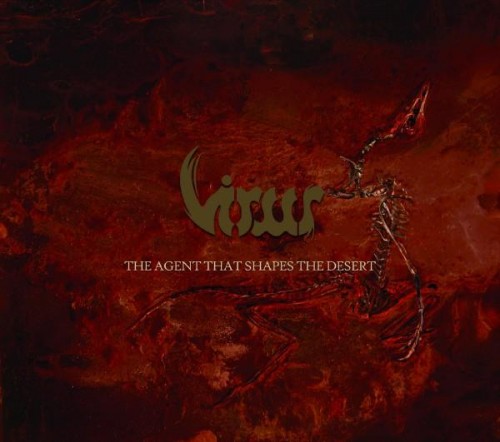 A Facebook friend of mine, a talented metal guitarist and songwriter with eclectic musical tastes (The Binary Code’s Jesse Zuretti), posted a comment last night about a song from a Norwegian band called Virus that caught my eye. He wrote: “Check this band out if you like David Bowie, Black Metal, East of the Wall, and GROOVE. Some of the best lyrics I’ve read in years.” Really now, how could I resist?

The song that was the subject of that FB post is the title track to the band’s 2011 album (their third), The Agent That Shapes the Desert. The band itself is largely the brainchild of a guitarist and vocalist named Carl-Michael Eide (“Czral”), who at times past has been a part of bands such as Ulver, Satyricon, Ved Buens Ende, and Nattefrost, with collaboration from a very talented drummer named Einar Sjursø (“Einz”), and on this album, a terrific bassist who calls himself Bjeima.

Since listening to the song (plus a couple of others), I’ve done some reading and seen descriptions that refer to desert-rock and Voivod, but I’m not sure what desert rock is and the Voivod comparison is certainly an imperfect one. I prefer Jesse’s description, though personally I’d substitute David Byrne of The Talking Heads for David Bowie. And yes, the odd, sometimes campy-sounding clean vocals do take some getting used to, but the music is fascinating. It’s definitely avant-garde, with segments of jazz-style bass and drum instrumentals and other-worldly guitars that have to be heard to be believed. But yes again, it does include some massively irresistible grooves.

It’s also heavy enough to qualify as metal in my book, and I’m categorizing it as an Exception to the Rule around here, not because of the clean vocals but despite them (though I confess they’re growing on me). And finally, I also agree with Jesse that the lyrics are way cool. In fact, after the jump I’ve set them out right after the song. Check this out. You won’t hear anything else like it today, or possibly for the rest of the year. That may or may not be a compliment. You decide. END_OF_DOCUMENT_TOKEN_TO_BE_REPLACED