Third, I’m so far behind in mentioning recently released full albums from the black realms that I have in mind another one of these columns tomorrow, which won’t include full reviews of those albums but only teasers. Because that won’t take me as much time, there’s a greater likelihood I’ll be able to follow through. END_OF_DOCUMENT_TOKEN_TO_BE_REPLACED 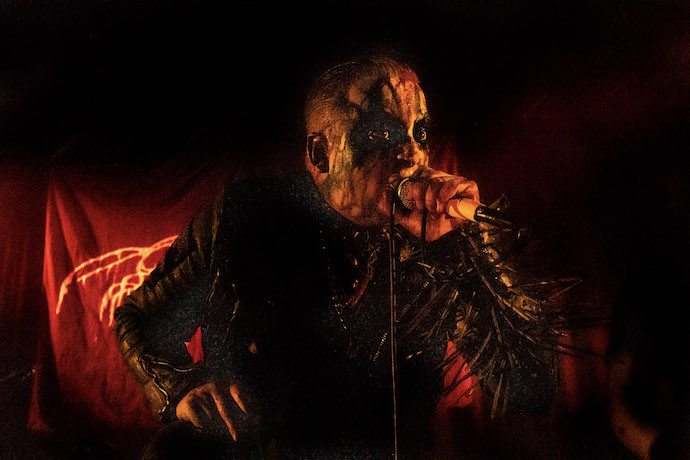 NCS contributor Karina Noctum, based in Norway, talked to Hans Fyrste (ex-Ragnarok) about his band Svarttjern, which also counts in its ranks Grimmdun (drums), HaaN (guitars), and Malphas (bass), who are currently in Carpathian Forest, and guitarist Fjellnord (Magister Templi). They are on Soulseller Records and currently recording a new album. The conversation revolves around the band’s personal significance, the lyrical themes, and different perspectives when it comes to music and record labels, among other things… All photos accompanying the text are the work of Silje Storm.

How would you describe your sound and how does it stand out from other bands in the scene?

That’s a hard question, but I think that over the years Svarttjern has kept on going with doing what we want to do and I think our thrash influences have grown more and more. At the same time we have gotten more in-depth in Black Metal, which is more of the aggressive nature of the music. I don’t really know how to describe it, but I think we can say it’s dirty music with a touch of elegance. END_OF_DOCUMENT_TOKEN_TO_BE_REPLACED

I’ve organized those bands into four categories (not rigidly defined, mind you). Yesterday’s feature was about “Swedish (and Dutch) Death Metal Supremacy”, and for today’s collection I’m borrowing the title of one of our long-running series about new music — Shades of Black —  because I’m spotlighting six black metal bands of varying styles whose sets I really enjoyed. I’ve again included photos of each band (most of which are gathered at the end of this post). END_OF_DOCUMENT_TOKEN_TO_BE_REPLACED

Yesterday Debemur Morti Productions announced the projected release of a new album by the unorthodox and fascinating Swedish entity known as Terra Tenebrosa. The new album is named The Reverses and it includes the participation of some impressive guests: Jonas A Holmberg (This Gift Is A Curse), Alex Stjernfeldt (The Moth Gatherer), MkM (Antaeus), and Vindsval (Blut Aus Nord). END_OF_DOCUMENT_TOKEN_TO_BE_REPLACED

Norway’s Svarttjern signed with Soulseller Records for the release of their fourth album Dødsskrik, which our friend eiterorm tell us is Norwegian for “Scream of Death”. The song I have for you is the first advance track from the album, “All Hail Satan”. END_OF_DOCUMENT_TOKEN_TO_BE_REPLACED

Interestingly, the only instruments used on the album are guitar and drums (no bass), but “Spit” is still plenty heavy. Comparisons have been drawn to the likes of Melvins, Motorhead, and Darkthrone. “Spit” is a black, hammering rocker with a boatload of fat, distorted riffs and a drum attack that seems bent on dismantling skulls. It’s catchy as fuck, and Mantar’s vocalist has the kind of raw, scarring tone that leaves faces in shreds. Excellent nastiness. END_OF_DOCUMENT_TOKEN_TO_BE_REPLACED 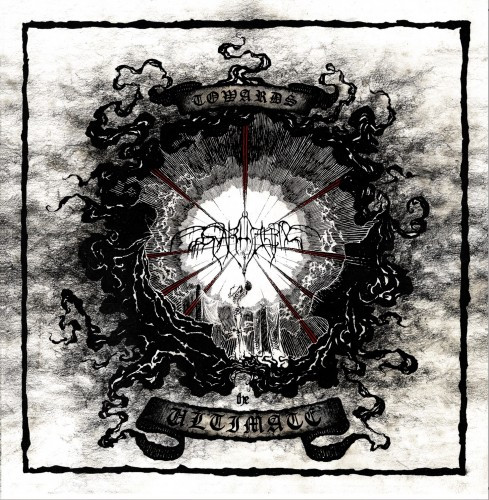 (Today’s second guest post comes your way from the depths of Trollfiend’s lair, where you can’t walk without tripping on a femur or mashing a skull further into the muck. He’s reviewing the new album by Svarttjern.)

Genres are a good thing. There, I said it.

Okay, I admit that I have zero musical knowledge and only know what a ‘blast beat’ is because I looked it up on Youtube (and I’m still not 100% sure, as the video I watched appeared to be in Swedish).

I could argue endlessly about what constitutes pure blackened crustgrind doomcore and would still not be able to tell the difference between it and blackened doomgrind crustcore, even if it came up and blackenedly doomground the crust right off my own core. But having said that, I still say genres are good. They give us a foundation to build on, they prepare our ears for the particular kind of ass-fucking ears get from the metal we love, and they give us something to argue endlessly about on metal website forums.

So I’m going to go out on a limb and call Svarttjern ‘blackened death’. I have no fucking idea if such a thing exists, and I’m willing to bet my priceless collection of Burger King collectible sippy cups that at least seven people are going to call me a goddamn moron for not knowing that Svarttjern is, in fact, not even close to blackened death and is more like deathified black. Bring it, bitches.(more after the jump . . .) END_OF_DOCUMENT_TOKEN_TO_BE_REPLACED

Remember — this isn’t a cumulative list. If we found out about a new album before August, we wrote about it in previous installments of this series. So, be sure to check the Category link called “Forthcoming Albums” on the right side of this page to see forecasted releases we reported earlier. This month’s list begins right after the jump. Look for your favorite bands, or get intrigued about some new ones. And feel free to tell us about how we fucked up by omitting releases that you’re stoked about. END_OF_DOCUMENT_TOKEN_TO_BE_REPLACED