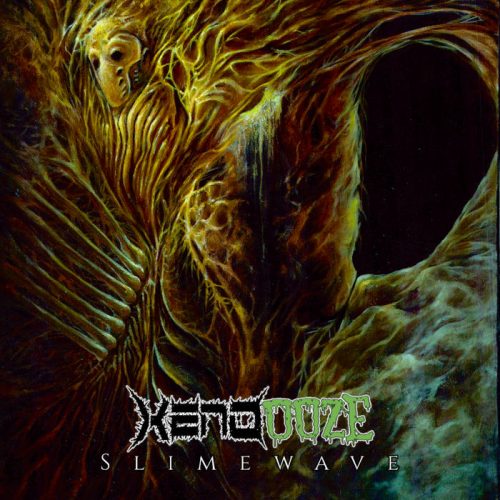 “Imagine what would happen if you could buy bags of death metal, crust, grindcore, and powerviolence at your local market, throw big handfuls of all that stuff into a blender, liberally lubricate it with alien blood fresh from the refrigerators at Area 51, spice up the mix with amphetamines and lysergic acid, puree the shit out of it, and then chug it straight down without breathing. Sound good? Actually, you don’t have to tax your imaginations, you just have to listen to Parasligm Shift, the debut album by the deviant three-piece Phoenician band Xeno Ooze.”

And with those words, roughly one year ago, we introduced our premiere of a track from that insane album, Paradigm Shift. And now we get to do this again, because Xeno Ooze have a new EP named Slimewave that’s destined for detonation on December 18th via Bloody Scythe Records. What we get to do is throw your brain into the blender again, through our premiere of a lyric video for the song “Deus Ex Machinooze“. END_OF_DOCUMENT_TOKEN_TO_BE_REPLACED