(Guest writer Ben Manzella returns to NCS with this review (and his photos) of performances by Inter Arma, Yautja, and Hornss in San Francisco on May 2, 2015.)

Saturday night in San Francisco; if this peninsula of a city doesn’t already feel crowded during the week, you feel it on the weekends. This weekend was interesting, though, considering that in one Saturday night you had to clearly define whether live music was your priority or instead stay in keeping with the modern culture and hype. Basically, sit at home or in a bar eating overpriced food for an overpriced event that ended up being underwhelming (the Pacquaio-Mayweather fight) or go see a metal show. For me it was never a question, the metal show was always going to win; but then it came down to which one?

See, 924 Gilman (a non-profit, volunteer-run, all-ages club beloved by the punk and hardcore scene) was hosting The Body and Full of Hell along with an assortment of what I assume was mostly local support, including Kowloon Walled City; Septic Flesh and Moonspell were incanting their darkness in Oakland; and then Bottom of the Hill in San Francisco (a bar turned venue as of almost 25 years ago) was hosting Inter Arma and Yautja with local support from Hornss. You see the choice I made. END_OF_DOCUMENT_TOKEN_TO_BE_REPLACED 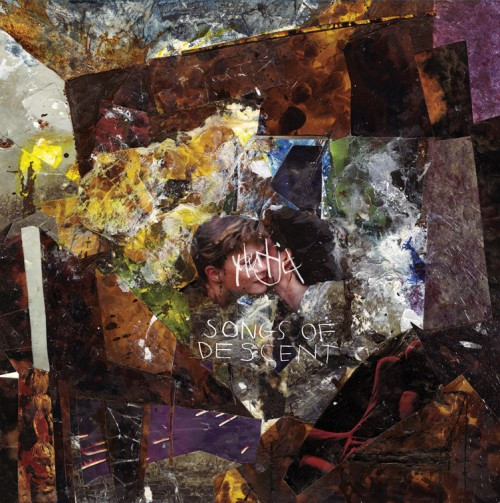 In today’s crowded metal-influenced punk scene, it’s hard for me to find new groups that I enjoy for more than a fleeting moment. But as of late, I have become quite enthralled by Yautja, a Nashville-based group of noise mongers, a band I heard of due to local hometown heroes, Coliseum, whose bass player Kayhan Vizari is also in Yautja. Sonically, this is in a whole different ballpark than Coliseum though. Plus, they named themselves after the creature from Predator, which was definitely a badass and fitting choice.

Yautja frequently divide between expansive, sprawling sludge and terrorizing grind, which gives Songs of Descent a unique flow, with fast and slow tracks expertly paired for maximum impact. Sometimes there’s even a noise rock feel present within some of their angular, lurching grooves, which splay back and forth like powerful oceanic currents, violently pushing and pulling everything they come in contact with.

Yautja have crafted a gargantuanly heavy and headbangable hodgepodge that always knows when to shift tempos and flavors for maximum contrast and diversity. Songs of Descent rarely sticks to one thing for long; the switch-ups between/grind/hardcore/sludge/punk/death metal-ish riffs come often and are expertly ordered and arranged in a plethora of different ways. END_OF_DOCUMENT_TOKEN_TO_BE_REPLACED