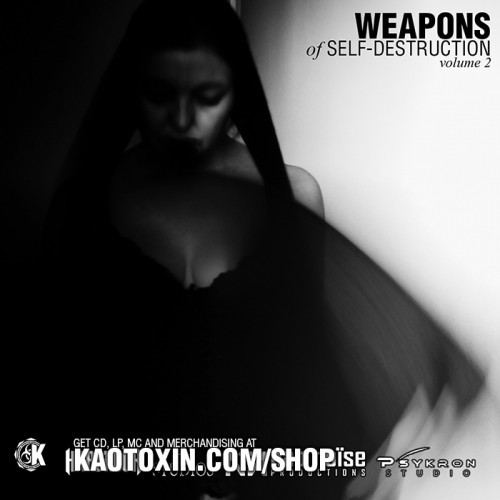 That Otargos song leads me right into the next item in this round-up, because it’s also the first track on a new, free sampler of music by the Kaotoxin Records label. Entitled Weapons of Self-Destruction, Volume 2, the release includes 21 songs from 21 bands. If you’ve been a steady reader of this site, you’ll recognize many of the names on this compilation, because we’ve written about many of them. But it also includes bands we haven’t covered here, and I’m looking forward to checking out their music, too — because they’re in good company.

You can stream the compilation below, and you can download it here: 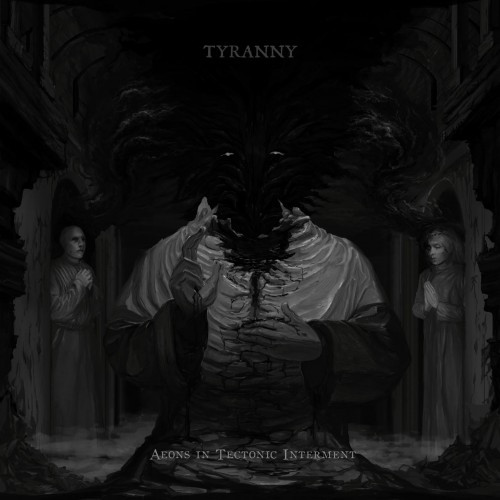 The Finnish titans of funeral doom known as Tyranny have a new album due for release on September 18 via Dark Descent. Today, CVLT Nation had the pleasure of premiering a full stream of the new album, which is entitled Aeons in Tectonic Interment (a damned good title, both evocative and accurately descriptive).

This isn’t the right time or place to attempt a summing up of the album. All I’ll say for now is LISTEN TO THIS:

The album can be pre-ordered here or here.

(Thanks to Vonlughlio for the tip about the album stream.) 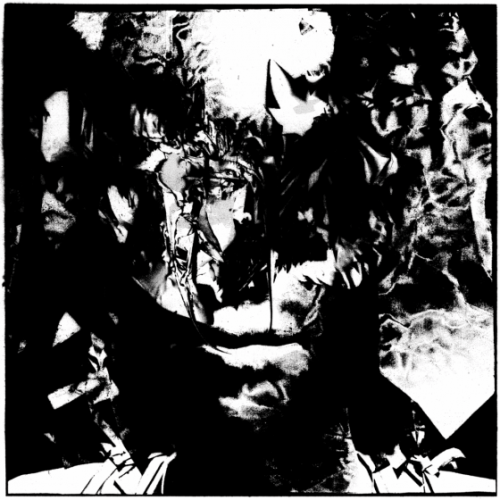 On September 22, Forcefield Records is going to release a new EP by Nashville-based Yautja (a trio whose members come from Coliseum, Alraune, and Mutilation Rites) entitled Songs of Lament — which follows the band’s striking debut album Songs of Descent (2014). Recently, Stereogum premiere a song from the EP named “Breed Regret”, and man, it’s a spleen-rupturing bruiser. I’m going to borrow a few of Doug Moore’s words of introduction:

A lot of Yautja’s live appeal rests on the sheer physical force they bring to bear — imagine an extremely mean-spirited death metal band toying with the thickest riffs from Mastodon’s early catalog. That power comes through loud and clear on “Breed Regret,” the opening cut from Songs Of Lament. Pretty much every riff is a banger, but wait until Yautja lock in after the break at 2:49 to get a sense of just how hard these guys can hit.

You can order the EP here. 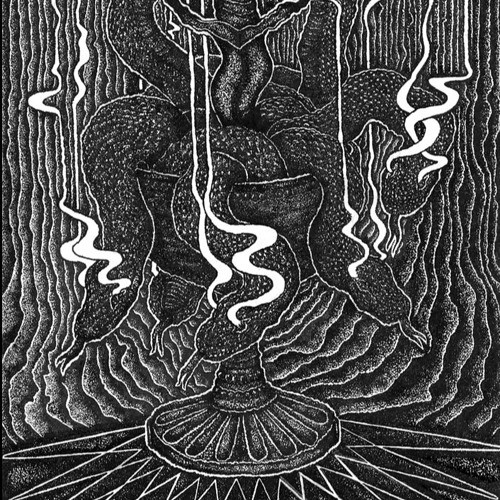 It’s no secret that I have a strange but very strong attraction to death metal that’s murky, churning, malignant, alien, and howling — the closer to resembling a hurricane, the better. Iron Bonehead Productions recently began streaming such a track that has left me slobbering and incontinent. The song’s name is “Missgunst ist Erhabenheit” and it comes from a demo entitled Ein Totenspruch zur viehischen Begattung by a band named Chrworsch. Iron Bonehead plans to release it on tape this November.

I know nothing about the band, including their country of origin. I do know that this song is goddamned monstrous and obliterating, and there’s a shrieking guitar solo in the midst of the squall that produces an adrenaline surge every time I hear it, along with some brute-force grooves that will crease your skull.

P.S. See the comments to this post for some intelligence about the location and membership of this band. Thank you “B“. 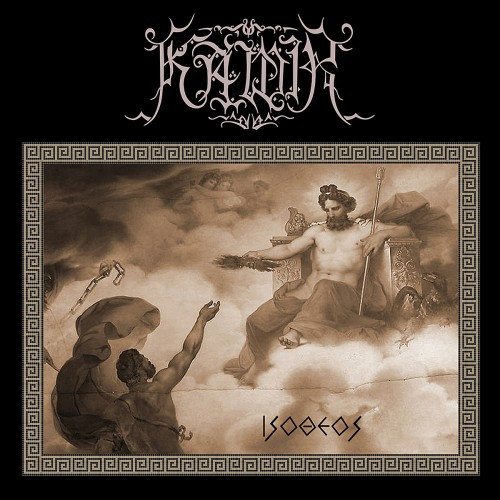 I’m going to close out this round-up with a song from an album released in 2012. Entitled Ισόθεος (Isotheos), it’s the fifth and most recent full-length by a Greek black metal band named Kawir. Though the band have been releasing music since the mid-’90s, I don’t think I had ever heard their music before stumbling across this song on YouTube (and later discovering that the album is available on Bandcamp).

The song is “Δαίμων” (Daemon), and although it’s album’s opening track, it is apparently considered a “bonus” because it doesn’t appear on the vinyl edition of the album. The song seized my head right from the start; the combination of the guitar tone, the stately mid-paced rhythm, and the majestic lead melody proving to be immediately compelling. And when Kawir really begin to fly, the music becomes even more urgent and gripping.

I’m including a stream of the entire album below — somehow I’m going to find time to listen to the rest of it, because “Δαίμων” is wonderful.