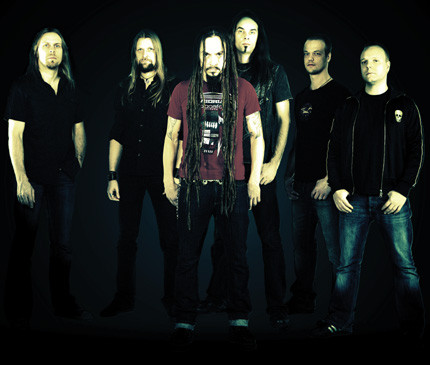 Here at NCS, we’re putting a different spin on year-end listmania. Ours isn’t a list of the best metal full-lengths of the year. It’s not even our list of the best individual extreme metal songs of the year. Ours is a list of the most infectious extreme metal songs we’ve heard this year. We’re talking about songs that produce involuntary physical movement. And to be one of the most infectious songs of the year, it’s got to be something that worms its way into your brain to such an extent you can’t get it out (and wouldn’t want to) — you mentally replay it at unexpected times and you go back to the song repeatedly. You know, when the shit is sick. When it infects you like a disease that you don’t want to cure.

We’re not ranking our list from #10 to #1 because that would be too much fucking work (and your co-Authors would still be arguing about it this time next year). So, our list is in no particular order. We’re dribbling the songs out one at a time. Why? Because your lazy Authors still haven’t yet figured out the whole list. We’re making it up as we go along. And we could still use help, so feel free to chime in. Our list heretofore:

And for our third entry on the list, continue reading after the jump.

This site is called NO CLEAN SINGING for a reason — because we really don’t like much metal that involves clean singing. But from the beginning, we told you we would make Exceptions to the Rule. We did that yesterday in picking Mastodon’s “Crack the Skye” for our Most Infectious list. And, wonder of wonders, we’re doing it again today.

Our third entry on the list is “Silver Bride” from the album Skyforger by Finnish metallers Amorphis. Amorphis is like a box of chocolates.  You never know what you’re gonna get.  Skyforger dips into the band’s more melodic impulses, and the death vocals prominent on some previous albums are scarcely in evidence here. But that’s not a bad thing in this instance.

“Silver Bride” is just a fucking brilliant song. It has a beautiful melodic guitar hook that threads through the song, alternating with down-tuned riffing and counter-point heavy bass. But what undeniably carries this song are the inspiring vocals of Tomi Joutsen. When he gives voice to the chorus, he fucking soars. And when the death vocals emerge near the end, riding subtly underneath a beautiful parallel track of clean vocals, it’s just magical. (We never thought we’d call death vocals “subtle”). We guess it goes without saying, but the song is also really infectious — you’ll be replaying this one in your head for a while.

A few bits of trivia: On November 26, “Silver Bride” was named Finnish Radio Hit of the Year by the national RadioMedia association; Amorphis has been nominated as Finnish Artist Of The Year at Finland’s Grammy equivalent, the EMMA Awards; and Skyforger scored a nomination as Metal Album Of The Year (the winners will be announced Feb 4).

So, the Finns like “Silver Bride,” and you will too.  Check it out: