As of this morning I need to add a seventh name: Jessica Desjardins of Canadian deathcore band Bloodshoteye.   (More after the jump, including some video) 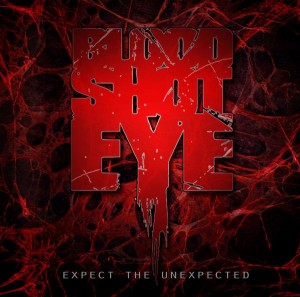 Though I just recently discovered this band, Bloodshoteye has been around since 2002. They released their debut CD (Without Any Remorse) in 2004 with no less than Randy Blythe of Lamb of God providing guest vocals. They put out a sophomore release (“An Unrelenting Assault”) in 2006, and they’ve appeared on Canadian stages with a lot of big-name acts. And on Christmas Day, the band announced that it had signed with brutal Canadian-based label CDN Records for the release of its third album Expect The Unexpected, due out Febuary 2010.

Bloodshoteye has got a couple of songs from the forthcoming album up on their MySpace page, and they’ve released a performance video of one of those songs and another video of a third song, both which you can see below.

Now I wouldn’t be writing about this band based solely on the novelty of a female singer who can emit those broken-glass-gargling vocals we all know and love so well. But the three new songs are pretty dang good. Heavy shit, but with some good grooves, some surprisingly accomplished shredding, and breakdowns that creep up on you instead of being announced with the typical fanfare. And Jessica can really deliver the death-vocal goods. I’ve just added Expect the Unexpected to my list of 2010 releases to watch for.

Here are the videos.  Check ’em out: