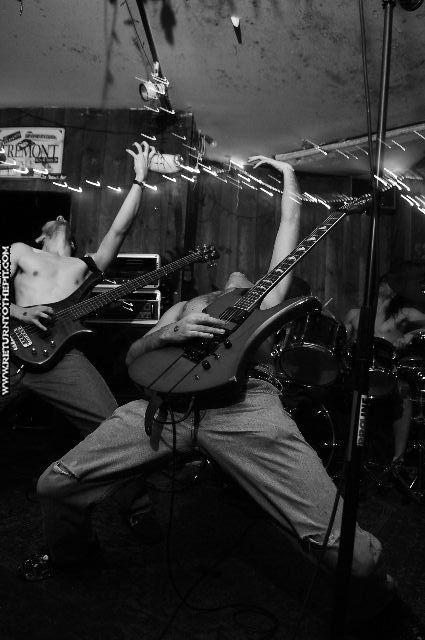 Here at NCS, we’ve been putting a different spin on year-end listmania. Ours isn’t a list of the best metal full-lengths of the year. It’s not even necessarily our list of the best individual extreme metal songs of the year. What we decided to do was create a list of the most infectious extreme metal songs we’ve heard this year. We’re talking about songs that produce involuntary physical movement and worm their way into your brain to such an extent you can’t get ’em out (and wouldn’t want to).

We haven’t ranked our list from #10 to #1 because that would be too much fucking work (and your co-Authors would still be arguing about it this time next year). In addition, when we started naming our entries on this site, we hadn’t yet figured out the whole list. So, we’ve been dribbling them out one at a time, in no particular order.

Of course, only after naming the first 9 entries did it dawn on us that we only had one spot left. If only our tiny brains hadn’t been hard-wired with the decimal system we could have made this “The Fourteen Most Infection Extreme Metal Songs of 2009.” But you reap what you sow. With only one spot left, and still lots of songs on our collection of candidates, picking #10 proved to be especially vexing for your Authors. But now it’s done.

And to see our tenth and final entry on the list, continue reading after the jump. 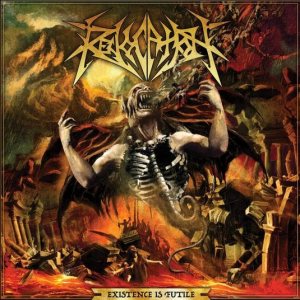 We started this list with a band that’s been around, more or less, for two decades (Asphyx). So it’s fitting that our final entry is a group of young dudes who made their first really big splash in the metal pond here in 2009. Actually, “splash” is a real understatement — it was more like a tidal wave.

Revocation‘s September release Existence Is Futile has garnered the kind of critical notice and acclaim most bands can only dream about. Existence has appeared on an astonishing number of “Best of 2009” lists and has drawn high praise from lots of seasoned, discriminating observers of the metal scene. To pick one example (because he’s one of our favorites), Cosmo Lee wrote “they could be the next great metal band”:

“They have songs, not just a sound. Their songs are identifiable within seconds. They have memorable riffs and rhythms. Their chops have soul. David Davidson’s solos are amazing tightrope walks of speed, hooks, and bluesy swagger. The last metal guitarist to do that was Dimebag Darrell.”

Being critically acclaimed wasn’t a qualifying criterion for our Most Infectious list. Bands like Cobalt, Coalesce, and Converge (the three C’s) deservedly received lots of critical adulation, but their 2009 albums weren’t exactly what you’d call infectious (or at least we wouldn’t apply that adjective). But Revocation is a band that both merits the discriminating artistic praise it’s received and produces the kind of infectious tunage that we were looking for — the kind of songs that stuck in our heads and brought us back for repeat listening.

Like Daath, Revocation is a band that resists genre classification, and its sound varies almost song by song — but it is the sound of Revocation. The death and thrash influences are evident, but the songs on Existence are distinctively different and original. And apart from the superior songcraft that makes the album so memorable, it’s filled with displays of jaw-dropping technical virtuosity. As other critics have rightly said, these dudes play as if they were hitting the peak of their career after a decade of refinement instead of near its starting line. Revocation is ambitious, brash, and bound for great things. We are super-stoked to see them when they play Seattle (with The Binary Code and Hypno5e) in late January.

Existence is filled with sonic gems, but we could only pick one to finish off our Most Infectious List, and it’s “Dismantle the Dictator.” By a happy coincidence, the band just released a video of that very song.  Check it out: