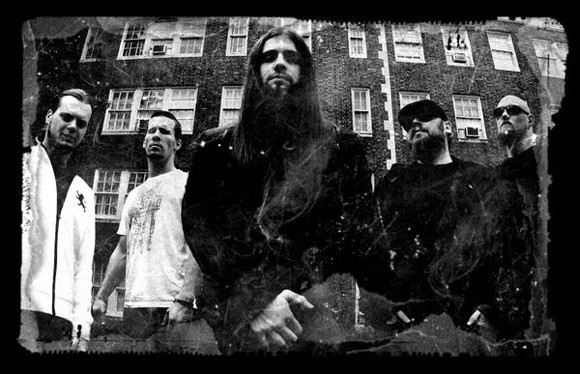 And to see our eighth entry on the list, continue reading after the jump. 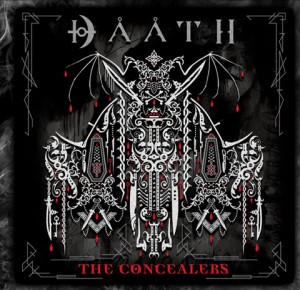 Our last two entries to the Most Infectious list were a pair of progressive-metal instrumentals played by two bands with amazing technical chops. Today’s entry is also from a group of dudes with top-shelf technical skills, but with a very different sound.

Someone is going to have to come up with a new sub-genre category for Daath. None of the existing labels really fit to a tee. Their 2009 release, The Concealers, is recognizably death metal, but though it’s heavy as shit, it’s groove-oriented, packed with pyrotechnical guitar work from Eyal Levi and Emil Werstler, melodic in just the right places, and feverishly infectious from start to finish. Sean Z’s scorching vocals and the instrumental work of Levi, Werstler, drummer Kevin Talley, and bassist Jeremy Creamer are completely integrated into achieving a well-planned design for each song.  As we said, very heavy, but very catchy from beginning to end.  Daath is on the road to defining a unique sound that is distinctively its own. Daath Metal? Daathcore? Whatever the label, it’s death metal you gotta move to.

There’s nothing bland on The Concealers — every song is distinctive, and every track is capable of worming its way into your brain and making a home there. But there’s one song we come back to again and again. It’s probably not the best, most fully realized song on the album — but shit, is it catchy!

“Wilting On the Vine” establishes itself with an epic riff, plays around with variations on that riff (augmented by Sean Z’s syncopated vocals), then drops into a lower gear to launch a shredtastic guitar solo by Werstler, which accelerates back up to the original tempo where the earlier infectious riff makes a triumphant return. Unadulterated, headbanging fun. (And speaking of guitar god Emil Werstler, if you didn’t catch the series of jaw-dropping videos posted last month by Metal Sucks, definitely watch them here.)

There you have it. The eighth entry on our Most Infectious list is “Wilting On the Vine” by Daath. Have a listen:

Wilting on the Vine

And as a bonus, here’s some vid of Daath performing “Wilting on the Vine” in Paris two months ago. The audio is not the best (listen to the audio stream above to really hear the song), but the video quality is decent and it’s fun to watch the guys rip into this song: