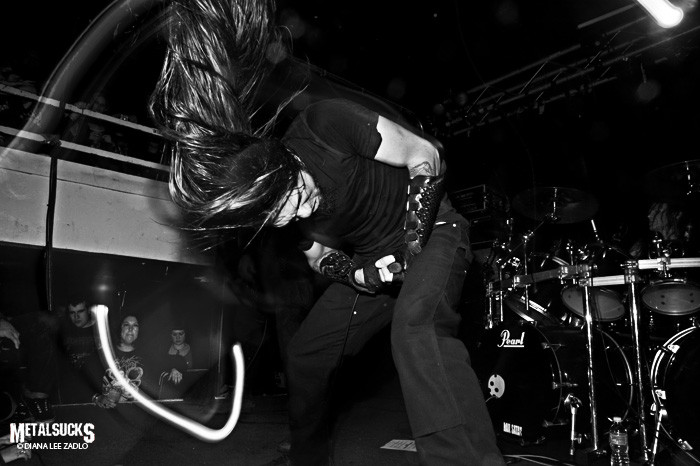 Here at NCS, we’re putting a different spin on year-end listmania. Ours isn’t a list of the best metal full-lengths of the year. It’s not even our list of the best individual extreme metal songs of the year. Ours is a list of the most infectious extreme metal songs we’ve heard this year. We’re talking about songs that produce involuntary physical movement and worm their way into your brain to such an extent you can’t get ’em out (and wouldn’t want to) — you mentally replay them at unexpected times and revisit them for repeat listening. You know, when the shit is sick. When it infects you like a disease that you don’t want to cure.

We’re not ranking our list from #10 to #1 because that would be too much fucking work (and your co-Authors would still be arguing about it this time next year). So, our list is in no particular order. We’re also dribbling the songs out one at a time because your lazy Authors still haven’t yet figured out the whole list. We’re making it up as we go along. And we could still use help, so feel free to chime in. Our list heretofore:

And for our fourth entry on the list, continue reading after the jump. 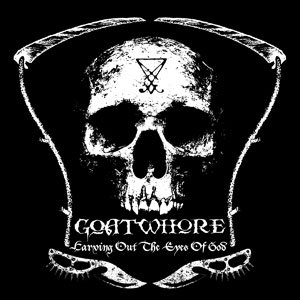 Our last two entries were melodic numbers that involved more clean singing than shrieking or howling. But with our fourth entry, we’re going back deep into the territory of honest-to-badness NCS Metal courtesy of those rampaging dudes from NOLA — the almighty Goatwhore.

Once upon a time, two of your three NCS Authors weren’t well-acquainted with the music of Goatwhore and wouldn’t have identified themselves as fans (though IntoTheDarkness was already aboard the Goatwhore train). Two things happened in 2009 to change that. First, in June the band released Carving Out the Eyes of God, which has justifiably been appearing on many “Best of 2009” lists over the last month. Second, on the heels of that release, your NCS Authors caught them live in Seattle on the “Conquer and Curse” tour with Daath, Abigail Williams, Abysmal Dawn, and SWAATS — and Goatwhore stole the show big-time.

Goatwhore’s unique blend of blackened death metal and thrash resists genre classification, but in every other way it’s irresistible. Sammy Duet’s thick, chugging, groove-oriented riffs are punishing and Ben Falgoust’s snarling gutterals are a perfect fit (and the dude is absolutely magnetic on stage). Carving Out the Eyes of God is musically the best thing these hellhounds have done yet, and in our humble opinion “Apocalyptic Havoc” is the most infectious, headbangable track on there — and one of the Most Infectious extreme songs of the year.  Buckle your seatbelts and check it out: