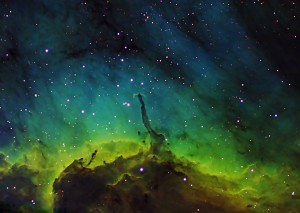 And to see our sixth entry on the list, continue reading after the jump. (By the way, that photo up above is of a nebula about 2,000 light years away that shares its name with this band.) 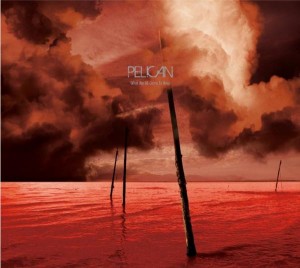 Hey everyone, IntoTheDarkness here, and I’m going to talk about our sixth entry on the list of Most Infectious songs of the year. When we talk about an infectious song, we mean one that keeps you coming back again and again because you just can’t get it out of your head. Pelican’s latest album What We All Come To Need is filled with songs that fit this definition to a tee. This album is my most listened-to album of the year. I’ve listened to each and every song off this album over and over, but there is one song that makes it onto our list of most infectious songs of 2009 at number six: “Ephemeral.”

Pelican’s brand of progressive instrumental post-hardcore/drone makes for an unforgettable combination of rhythm and sharp, clear guitar lines that seem to tell a unique story with every song. “Ephemeral,” which appears on both Pelican’s new CD and an EP they released earlier in the year, is one of my favorite songs of the year. It combines beautiful melody with moments of heaviness that are unmatched on the rest of the CD. This combination makes it one of the most addicting songs of 2009.

Pelican hit a new high with this CD and the live performance I had the privilege to attend at El Corazon in Seattle was one of the best live shows I’ve seen. If you haven’t heard “Ephemeral,” you can stream it through the link below.  Better yet, buy a copy of What We All Come To Need, because the whole CD is fucking amazing.