We’ve got two more recommendations after the jump, so don’t stop here!

ANNOTATIONS OF AN AUTOPSY 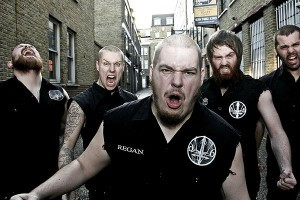 Next up: Annotations of An Autopsy. The sound of this UK band has been evolving in dramatic ways since the release of its 2007 EP, Welcome to Sludge City, and its 2008 full-length, Before the Throne of Infection.

The band’s second album, II: The Reign of Darkness, is scheduled for release in the UK on January 18 and worldwide on February 9, and the whole thing is now available for streaming on AAOA’s MySpace page.

Originally a deathcore band, AAOA has been moving steadily in the direction of brutal death metal, and we dig the shit out of the place where that road has now taken them. The new full-length is a varied collection of memorable songs, and we recommend you give ’em a listen. 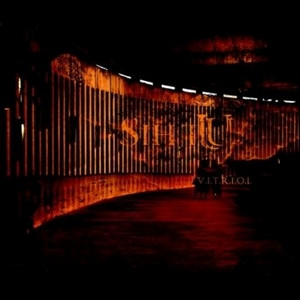 And finally, we come to a band from France called Sihtu. Not too long ago, your NCS Co-Authors decided to launch a MySpace page where we post alerts for new posts we add to this site. We get a fair number of MySpace friend requests from unsigned bands looking for some exposure. Most aren’t very impressive, but Sihtu was an exception.

The band finished a self-produced album in 2009 called V.I.T.R.I.O.L., and there are now two songs from that album available for streaming on Sihtu’s MySpace page.

The music is an interesting blend of piercing mid- and high-range screaming, crushingly heavy riffs, experimental electronic noise, math-metal style tempo changes, and tribal chugging. There’s a distorted, fuzzed-out aspect to the production that, whether intentional or not, suits the music well. We especially like the 3-part title track, the first part of which is up on Sihtu’s MySpace page.

When we first listened to what was available on that page, we tracked down the whole album (not easy to find, but we located it on Napster). It’s an uneven effort, but the pluses decidedly outweigh the minuses — including some gems that you can’t hear on the MySpace page. This is a band that deserves wider exposure. Check ’em out.