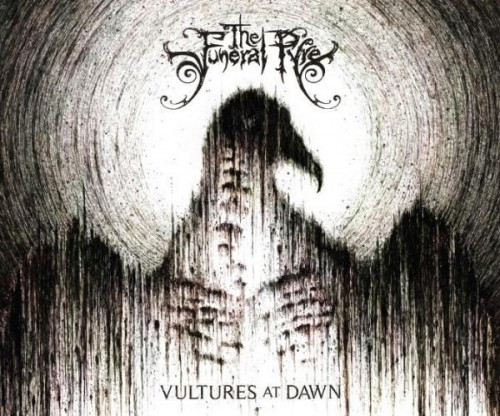 The Funeral Pyre describe themselves as: “A metal band with no ambition or hope. We have given up on people and life.” We assume they say this with at least a bit of tongue in cheek, because the band’s fourth album, Vultures at Dawn, was released June 8 on Prosthetic Records. We also hope they’ll postpone their surrender a while longer, because the album is damned good.

The Funeral Pyre’s sound has evolved over the course of those four albums and assorted EPs and splits, becoming increasingly “blackened,” to the point where Vultures at Dawn is charred through and through. On the new album, the band harnesses most of the traditional accoutrements of black metal to produce music that’s dense, foreboding, almost claustrophobic. It’s a torrent of mood-altering sounds that roll forward like a lowering sky, heavy and ominous.

The band’s last album, 2008’s Wounds, was itself a significant shift into the cold depths of non-symphonic black metal. If anything, Vultures plumbs those depths with even more intensity and an even more rigorous adherence to the core elements of the genre. But it’s nonetheless a riveting experience, and in our humble opinion, as excellent as Wounds was, the new album is even better.   (more after the jump, including a track to get lost in . . .) 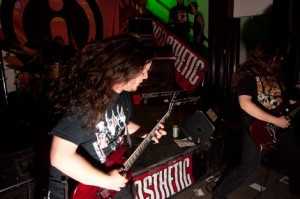 Vultures contains 8 songs, but collectively they consume almost 44 minutes of time. Two of them, “Monolith” and our favorite track “Clarity of Time”, are more than seven minutes in length. The Funeral Pyre uses the above-average length of the songs to build the emotional effect they’re looking for — and often to ratchet the tempo inexorably down to a murderous crawl.

The music features two guitars that collectively erect cascading sheets of tremolo-picked sound as the main motif, but then layer new colors on that palatte — a piercing, slowed-down solo on “Destroying Gods”; more down-tempo, almost bluesy soloing on “Monolith”, with the guitars playing off each other rather than in harmony; subdued melodic leads that emerge from the background fusion of noise on “Blistered Hands”; massive chugging riffs on songs like “Personal Exile”; and more.

As the guitars squeal and shriek or ring out clean chords over the tremolo-picked haze that dominates the music, inventive drumwork undergirds the rhythm. Blast beats, double-bass, and crashing cymbals inexorably drive the machine most of the time, even when the other instruments find a slower pace. But occasionally, they break into the solitary pounding of toms or (as on “Blistered Hands”) the sound of hammering on a block of wood. 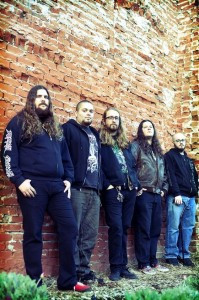 The vocals invariably follow the traditional path of upper-register black-metal shrieking. It’s a harrowing feature of this music, and while we wished for some greater variety in the delivery, it suits the overall design of the music.

And as we said earlier, the design (as we hear the songs) is about the creation of mood and emotion. There is a melodic undercurrent to the music, but it’s dark and desolate, and that mood is enhanced by the pacing. On many songs, at one point or another, the tempo settles into the crawl of doom metal, with a sludgy, grinding attack that’s hypnotically powerful.

As bleak as much of this music is, it resonates, it stays with you, it draws you back into the depths, and as the album ends with “Clarity of Time”, there’s even an air of triumph in the wind. Check it out:

The Funeral Pyre: Clarity of Time

P.S. The Funeral Pyre is on tour this summer with another awesome band, Early Graves (see a post we wrote about them here.) We sure as hell intend to catch the show when it reaches Seattle. Here’s the tour schedule:

2 Responses to “THE FUNERAL PYRE”