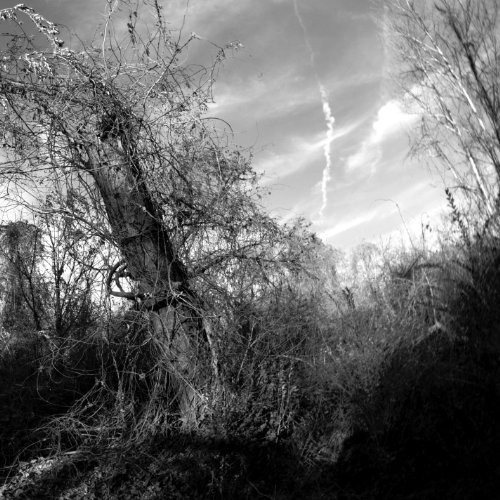 Almost two weeks ago, we tried out something new here at NCS, kind of like what some people do with their Facebook pages and Twitter accounts when they tell you hour-by-hour (or minute-by-minute) what they’re doing — except we limited our disclosures to metal and hoped it would be more interesting than a lot of the social networking blather.

To be more precise, I posted a log of exactly what I listened to or watched on that particular morning, whether it turned out to be good, bad, or indifferent. I got enough encouragement from readers that I decided to continue doing it.

In the interests of complete candor, I should say that it takes very little encouragement for me to do anything, unless it involves actual work, in which case it takes a great deal of encouragement, plus threats of being pistol-whipped.

So, here we go again — a log of exactly what I heard or saw in one of my recent sessions of poking around for new music to check out, and what I found, for better or for worse.  (after the jump, of course . . .) 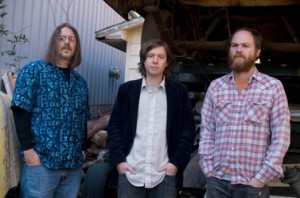 I started off the musical day by firing up my iPod and listening to the new album whose album cover is at the top of this post (A Small Turn of Human Kindness) by Georgia noise-sludge metallers Harvey Milk. I’d been meaning to do this for weeks because of all the jizzing over this album that I’d seen on metal blogs. To pick just one of many examples, Gary Suarez over at MetalSucks listed it in his Top 10 albums of the year to date.

I’d never heard anything by this band, even though this is their seventh album, and I didn’t know what to expect. I made it through three songs before I started thinking of ways to kill myself.

It’s just unrelentingly gloomy in every way that songs can be gloomy, from the lyrics, to the song titles, to the music. Listening to it is like trying to swim through a vat of paving tar — cold paving tar.

I waited patiently for the pace to accelerate past the speed of a slug on quaaludes. It didn’t happen. By the second song, I thought maybe this album was an intentional joke.   Maybe it is. 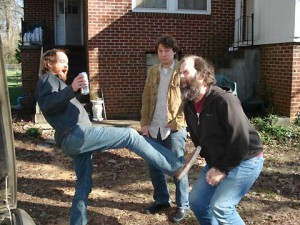 By the end of the third song, I started skipping ahead, playing the first 20 seconds of each remaining song, in the hope of finding life, kind of like one of those robotic rovers that NASA persists in sending to Mars.   No luck.

I’m wondering whether this is one of those albums that music critics like because they think they’re supposed to like it, because by liking it they can show how much more deeply they think than people like, uh, me. Because I’m having a hard time understanding why anyone would be attracted to this.

I will keep an open mind, so if any of our readers happen to find something worthwhile in this music, or at least understand why other people like it, please leave a comment.

Here’s a sample of the music. I think one song probably isn’t enough to induce suicide, but, to be safe, if you’re in a particularly fragile emotional state at the moment, it’s probably best to just skip over it.

Harvey Milk: I Know This Is No Place For You

So after clawing my way through the near-impenetrable sludge of Harvey Milk, I dived into the webz  — and almost immediately came upon some fan-filmed video footage of Amon Amarth performing “Guardians of Asgard” on June 21, 2009 at the Hellfest in Clisson, France.

I thought, “Fuck Yeah! Just what the doctor ordered!” Even though it’s not new music to me, and not even a new video, I was in desperate need of a pick-me-up, so I watched.

Aside from the fact that this is super-prime headbanging material, I got to see Johan Hegg drinking from a horn (which I don’t remember him doing when we saw AA in Seattle about 3 months ago), and the video also includes some eye-catching silhouettes of things between the camera and the stage, including random feet up in the air and what looks like someone using sign language to spell out the lyrics in the midst of all the flashing horns:

Continuing to browse the web, I came across a blurb and accompanying video about a Chicago-based thrash/doom metal band called Earthen Grave. By sheer coincidence, this is a band I had intended to check out, so I thought now would be as good a time as any.

I first read about this band only two weeks ago when I happened to be in Chicago. In fact, I read advance news about the very concert at which the video was made in one of those glossy monthly magazines named after the city. The reason this concert was featured in such a thing was because of Rachel Barton Pine. 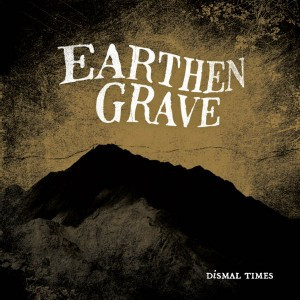 She was a child prodigy at the violin, has won all sorts of awards at international violin competitions, plays as a soloist with symphony orchestras all over the world — and last year joined Earthen Grave in order to play metal on a 5-string Viper electric violin.

On July 11, she headlined a free concert at the Pritzker Pavilion in Chicago’s Millenium Park on the occasion of her receiving the 2010 Great Performer of Illinois award from the Chicago Department of Cultural Affairs. After playing some classical music, Rachel played a set with the other members of Earthen Grave — the first time a metal band has ever performed at the Pritzker Pavilion.

That was the forthcoming concert I read about in that glossy rag in Chicago, so I definitely stopped to check out the video of a song from the show itself. In the video, the band honored Ronnie James Dio by playing a cover of Rainbow‘s “Stargazer” (written by Dio and Ritchie Blackmore).

I’ve managed (intentionally) to by-pass every Dio tribute video or song that I’ve yet come across — but this one I had to see.  I gotta admit, watching this gave me goosebumps. 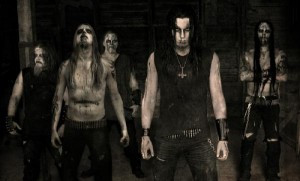 After making a mental note to listen to more Earthen Grave later, I next moved on to the MySpace page of a Finnish black-metal band called Cavus that I’d read about a week ago. Honestly, the fact that they’re from Finland is about all the teaser I needed to check em out.

They’ve put up a new song called “Death Rattle” from their forthcoming debut album on Listenable Records, Fester and Putrefy. And oh, does it beat you about the head and shoulders like a back-alley mugging.

This isn’t cerebral black metal (yes, I think a lot of black metal is cerebral). It’s black metal that rocks the fuck out, but is still ominous enough to creep your flesh. Probably more like blackened death metal, but with an organizing force that wants to carve deep grooves in your forehead with a heated knife.

There’s a lot of death ‘n roll influences in this song, and it was shudderingly fun to hear. So, I went hunting for a Youtube embed I could stick into this page, just so you could hear the song since I don’t have a digital copy of it to share — and holy fuck, what I found!

It looks like an excerpt from a movie made in the 1920s, and maybe that’s exactly what it is. If it was made for this song, it’s even more impressive. But either way, it’s a brilliant melding of visual images with this music. Definitely, the find of the day:

We wrote Cavus to ask about this video, and received the following reply:

Hails, Seattle!
Thank you for you interest! The video is actually edited by an “outsider” so to say, but it is based on our idea. The material itself comes from F.W Murnaus film “Faust” from 1922. The idea of the movie is that Faust abbandons God and makes a deal with the devil to salvage his city from the plague, at the same time that the devil has made a bet to corrupt the righteous Fausts soul and all the things divine in him.
The plot is very closely related to the theme of the “Death Rattle” song and Cavus itself, so we decided to use them together.
We will shoot a rat-infested music video ourselves for the upcoming album this autumn, but more of that later. Too much plague makes Jack a very sick boy.
W / Cavus

We will be looking for Cavus’s new album, and that promised video, and we’ll write again when those days come.

After watching the Cavus video, I paused to check my e-mail and found one from a friend urging me to read the post at this link:

Which I did. It’s not metal, but it made me laff my fucking ass off, so I randomly read another post at the same site, here:

Still laffing my fucking ass off, I read another one:

Having soiled myself with laughter, I decided I ought to stop reading and finish this post.

So now I’m finished and I will go read some more, possibly after changing my shorts but maybe not, because that would involve effort, and then I will probably listen to more metal, or possibly just spend the rest of the morning tearing up bills without paying them, though come to think of it, I could do that while listening to more metal.

Have a nice fucking day.