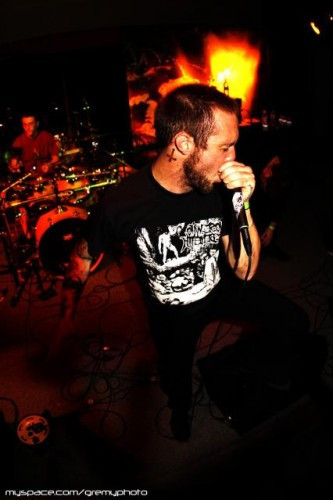 Our sometimes NCS collaborator IntoTheDarkness just alerted me to this piece of news on Lambgoat:

I Declare War (Artery/Razor & Tie) vocalist Jonathan Huber has reportedly left the group, though nothing official has been announced thus far. The band just kicked off a tour with For The Fallen Dreams and Legend and have been using a fill-in singer (apparently Nick Arthur of Molotov Solution).

To which all we can say is, What The Fuck?

We’ve been following these hometown deathcore favorites for a while, and no one was more stoked to learn earlier this year that they’d been signed by a label (as we reported here). We were even happier to discover that their recently released second album, Malevolent, kicked massive amounts of ass (as IntoTheDarkness reported here). And with that release and the label backing, the dudes started hitting the road and building their fanbase.

Now this? It really don’t make sense. We’ve got no explanation at the moment. Maybe it’s all just a baseless rumor. When we find out more, we’ll put it up here for you IDW fans in the audience.