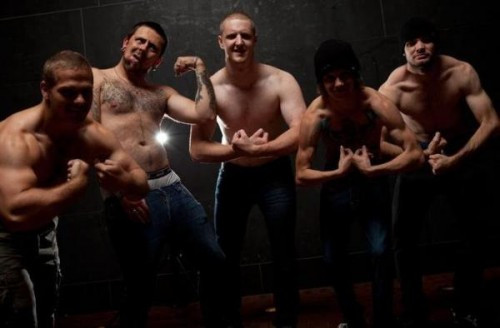 Our resident deathcore aficionado IntoTheDarkness insisted I listen to a song called “Soldiers of Immortality” from the new album by Australia’s Thy Art Is Murder. The album is called The Adversary and it was released on July 16 (now available on iTunes and elsewhere).

IntoTheDarkness proclaimed that the album features “some of the heaviest breakdowns I’ve heard” — and he should know. His musical library includes more breakdowns than could be counted in a normal human lifetime. He’s snapped his neck to so many breakdowns it’s a wonder any ligaments are still attached. He particularly favors the kind that detonate on impact. 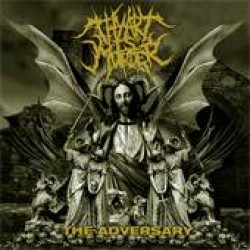 Now I like me some breakdowns too, the more explosive the better. So I checked out the song, which happens to be the subject of a new Thy Art Is Murder video. And it do have a nasty extended breakdown. The rest of the song ain’t bad either, with better than average instrumental work for this subgenre (which may not be saying a lot, given how much mediocrity is to be found in the current deathcore universe).

I haven’t listened to the rest of The Adversary yet, but I like this song enough to take a deep breath and dive in all the way. As for the video, well, see the title of this post.  And see the video after the jump.

12 Responses to “FOAM AT THE MOUTH AND BELCH BLOOD”