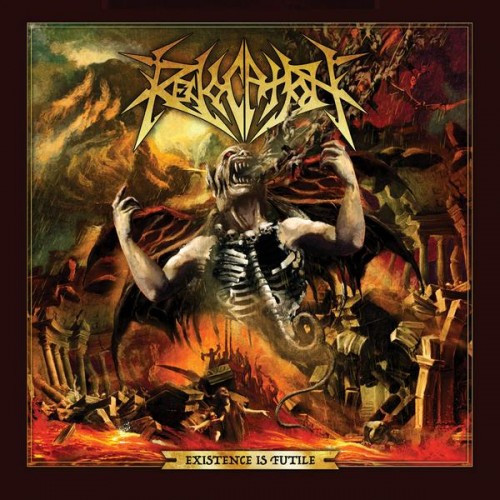 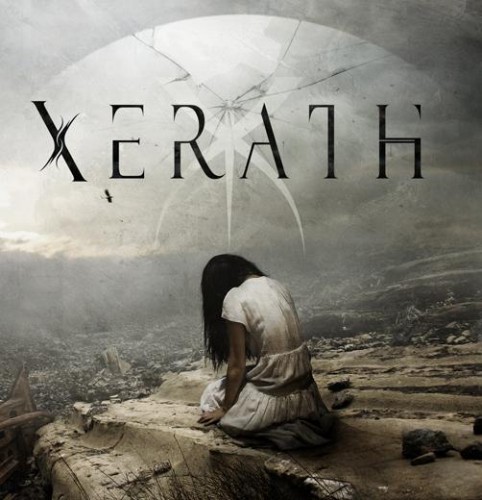 As you know if you’ve been reading our earlier posts this week, we’ve been feeling kind of bleak. But there’s only so much dwelling on the sadder things in life that we can get away with and still have anyone bother to read what we’re writing.

So, we’re moving on to brighter topics. And in fact, we do have some bright, metal things to write about. That’s one of the many reasons why we listen to extreme metal. It crowds into your space like a giant hairy thing, glowering at you with red-eyed, dripping-fanged, predatory hunger, panting with hot breath. But it does scare all of your worrisome cares into running straight for the exits.

First, we’ve got details on two mouth-watering fall tours that — wonder of wonders — will be stopping here in The Emerald City (that would be Seattle, not Oz). That was the subject of our first post today.

Second, two of our favorite bands just released new videos. One of those bands — Boston’s Revocation — will be on one of the new tours we mentioned in the earlier post. The other, Xerath (from the UK), is hard at work on their second album, which is very welcome news.

The 2009 releases from both bands just knocked our fucking socks off. They were among our favorite albums of that year. Both of the new videos are for tracks off those 2009 albums.

Both videos only show you the bands playing the songs, and in the case of Revocation’s, it’s a live performance. Nothing as mind-blowing as the animation in Heaven Shall Burn’s latest video, but nothing as stupid as the kind of unconnected or poorly executed imagery we see on most metal videos either. And besides, the songs themselves are hot shit.

(See the videos, plus a few more details about the news from each band, after the jump . . .)

Revocation’s brand new live video is for an instrumental track called “Across Forests and Fjords”. It’s a song from the band’s wonderful 2009 album, Existence Is Futile. The video was filmed live at The Church in Boston by Prophetless Productions during the band’s record release show for Existence Is Futile.

If you don’t know Revocation’s music, it’s difficult to categorize. But one common thread that connects all the songs is the superb musicianship. Everyone in this band can flat-out play at a very high level.

This video gives you a sense of what they’re capable of doing in a live setting.  We saw them play Seattle last year (reviewed here), and it was just an amazing experience. We also named one of the songs from Existence Is Futile to our list of the ten most infectious extreme metal songs of 2009 (here). If you have the chance to catch them on the fall tour with Despised Icon, you’ll be glad you did.

Here’s the new Revocation video for “Across Forests and Fjords”:

Existence Is Futile was released last fall and is currently streaming in its entirety at ExistenceIsFutile.info. The album is also available for download from Amazon.com for a special rate ($5.00) during the month of August. Pretty fucking cheap price for music that’s the opposite of cheap.  Additional details can be found here.

Xerath’s 2009 release was called “I”. If you haven’t listened to Xerath before, here’s their own description of what they do (which is pretty accurate): “Their sound can be described as taking influence from Strapping Young Lad, Meshuggah and Dimmu Borgir to create a distinctive sound they call ‘orchestral groove metal’ (or chug-score!).”

We like Xerath.  We’ve written about them here and here in the past.

Everything on “I” is great. Even more great is the news from Xerath that they’re well along in writing songs for their second album, with studio time booked in the fall. They’ve also lined up Jacob Hansen (Aborted, Pestilence, Tyr, Hatesphere) to mix and master the album. To quote from their MySpace blog: “Not trying to sound over confident but multi platinum awards have ALREADY been awarded for it and its not even done yet. ;)”.

Here’s “False History” by Xerath.  If you like it, you can jump over to their MySpace page using this link, and listen to more music there. The 2009 album is available on Amazon, iTunes, and elsewhere. Cozy up to that hairy beast and bang yo head.