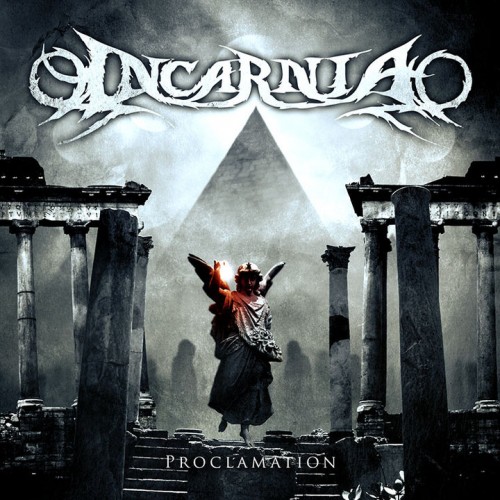 Do you like keyboard-driven, Gothenburg-style melodic death metal that’s catchy as ebola and both beautiful and evil enough to keep a serrated edge on it? Well, if you do, have we got a band for you: Incarnia.

Incarnia is from Montreal, Scandinavia. Okay, maybe Montreal is in Canada (we read that somewhere), but Incarnia’s musical hearts reside in the land of bands like Dark Tranquillity, Insomnium, late-stage Hypocrisy, Mors Principium Est, and (more recently) Zonaria.

My sometimes collaborator IntoTheDarkness urged me to listen to Incarnia’s just released debut album, Proclamation (on Panoptic Records). His tastes and mine don’t always mesh, but man, they sure did this time.

For a young band’s debut release, Proclamation is a remarkably assured, remarkably sophisticated offering of melody-drenched melodeath that also triggers the headbang reflex quite nicely. The more we’ve listened, the more massively hooked we’ve become (more after the jump, including a sample track to hear . . .) 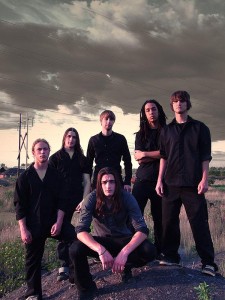 The production on Proclamation is absolutely aces high, which is important, because the music has an epic quality that’s enhanced by the brilliance of the mix and the sharpness of the sound.

Most of the songs include grinding buzzsaw guitar rhythms or staccato bursts of fuzzed-out riffage, as well as machine-gun drumming, and songs like “Carrion” even allow bass sweeps to take the lead. But as confident and capable as those instrumentalists are, the keyboards are the star of this show.

Vincent Grenier provides a cornucopia of sounds — pulsating rhythms and blazing runs on “Festival of Atonement”, the piano melody that organizes the music on “Led by Tears”, episodes of swirling ambience on “Carrion”, the beautiful soaring anthem that finishes the closing instrumental, “Affinity”, and much more.

There are more keyboard solos on this album than guitar solos, but there are some soulfully sweet guitar leads on songs like “Where Fallen Apostles Assemble” and “Affinity” that achieve a wonderful tone.

And then there are the vocals. There is no clean singing on Proclamation, but Marc Alexandre proves that you can still really sing — that you can still achieve range and emotion and even melody — while intelligibly giving voice to the lyrics through growls and double-bladed rasping howls.

But having said all of this, what elevates Proclamation well above the average debut is the unusual maturity evident in the songwriting. These 7 songs beckon you to return again and again. Their melodies catch in your head, and their movement from the bestial to the sublime resonate: They feed that yearning some of us sometimes have for both aggressive extremity and memorable melody. 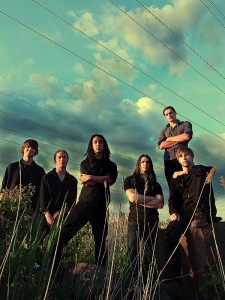 “Yersinia Pestis” isn’t the best example on the album of everything Incarnia is capable of pulling off, but it’s the best example of that melding of evil-sounding power and epic majesty. And it’s important to understand that “yersinia pestis” is the name of the bacteria that causes the black plague. Because that explains the lyrics.

And the lyrics are yet one more instance of Incarnia’s unexpected , ahead-of-their-age, achievements. I haven’t been able to get the damned chorus from “Yersinia Pestis” out of my head. I’ve been drawing stares as I voicelessly mouth the words, “Everyone will suffer!”

I destroyed my hearing long ago, but with significant help from IntoTheDarkness, we’ve been able to cobble together most of the words to “Yersinia Pestis”. Bearing in mind what that title means, read them as you listen to the song (and if you like this music as much as we do, you can download it at iTunes or Amazon, or you can buy a CD via this link).

If you can help us fill in the blanks, leave a comment or send us an email. We’ll be asking the band for help too. More songs can be heard on the band’s MySpace page.

UPDATE: Before you leave a comment with suggestions on the lyrics, especially if you actually know what they are, please read the post we put up after this one announcing a contest. It’s at this location.

Dear god, aid my soul tonight.
Spare me this wretched pain.
Torturous, __.
From the shadows it will rise.
Evil, take form __
Across the dust, through the fields, lurking eyes of fire.

Inject the sickness.
Deteriorate through human genome, strand by strand.
Bow down before the _ _, blind and merciless.
Close your eyes and accept your judgment.

Looking toward the stars, your last words are a prayer
Just to see who takes this pain away
Mercy is __.