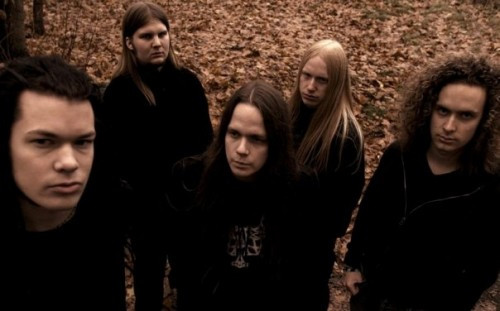 I got an e-mail from M. Paré that led me to Disconcert’s web site, and there I found Canopy — and man, was that a good find.  (much more after the jump . . .) 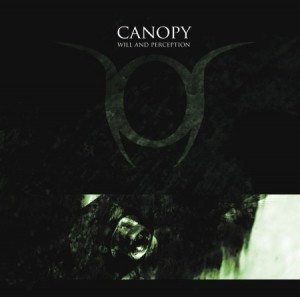 When I first landed on the Canopy page at Disconcert, I paused long enough to play a song available for streaming there called “Decipher”, which comes off the band’s 2009 album, Will and Perception. Man, that song kicked me in the head hard. Really good, hard-edged melodic death metal. So I added a link to that page in responding to comments on one of our earlier posts about Incarnia.

And in response to that comment, one of our readers (ElvisShotJFK) explored Canopy’s music further than I had and wrote to point out that even more music was available, including some downloads, at Canopy’s web site, along with a video. So, that was my first stop this morning.  (See, I told you the story was convoluted.)

As Elvis pointed out, the Canopy site includes a Discography page (here) where you can download (or stream) samples, not only from Will and Deception but also from a previous full-length (Serene Catharsis) and two EPs. I tracked down the video, for a song called “For the Sickened Vice to Hear” — and that was my first stop in today’s browsing session.

I’ve already put up that video on today’s first post (which was just a feeble explanation that we were running late finishing this MISCELLANY post), so I won’t put it up again here. Instead, here’s that first Canopy song I heard — “Decipher”. It’s awesome.

Last bit of Canopy news for now: If you visit the Canopy web site (www.entercanopy.com) you’ll be redirected to a page proclaiming the recent release of a new Canopy album called Menhir — recent, as in yesterday. That album has now leap-frogged a whole bunch of other albums on our waiting-to-be-heard list. Expect a review in the not-too-distant future. 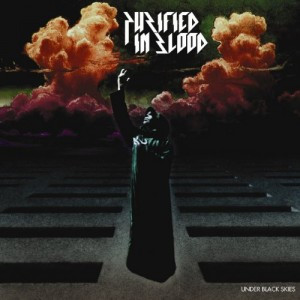 Earlier this week, we saw that Norway’s Purified in Blood had just released an official video for a song called “Under Den Svarte Himmel”. That song comes off the band’s 2010 album, Under Black Skies, which is one of those albums that’s been patiently waiting in our to-be-heard-stack. So, I made a note of the link for the vid, and that was my next stop this morning, after Canopy.

It appears that Purified in Blood first formed in 2003, but dissolved in early 2007 after the release of their debut album, Reaper of Souls. They are clearly back — and have come back strong, if this song is any indication.

The song is a blending of thrash and melodic death metal with a gargantuanly killer riff that explodes on the video with an eruption of flames off the cymbals. I really liked the video — interspersed cuts of the band playing on a bleak but beautiful coastline with images of a skeletal hermit crawling across barren rocks, and a cool bit of animation at the very end.

What did you think of that? I thought it was a good find — and one that makes me more anxious to hear the rest of the new album. 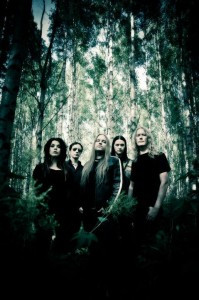 This is a new band from Finland that features members from other bands I don’t know much about (Sentenced, Poisonblack, Reflexion, and Embraze). Man-Eating Tree has a debut album called Vine that’s scheduled for a September 22 release on Century Media (and on Cobra Records in Finland).

Earlier this week, they released an official video for a song from the forthcoming album called “Out of the Wind”. I had no idea what kind of music this would be, but a press release I saw reports that the song has been released as a single and entered the official singles chart in Finland at position No. 3.

That probably should have tipped me off that the music wouldn’t be as extreme as we typically like at NCS, but Man-Eating Tree is from Finland. And if you’ve been visiting our site for very long you know that the words “metal band from Finland” trigger a Pavlovian reflex in our dog-like brains, and that’s all it takes for us to run panting for a listen.

Which is what I did after watching that Purified in Blood video. I watched the band’s video for “Out of the Wind”. The music is melodic metal, very catchy, and mildly head-banging — but it features nothing but clean singing. Like I said, not nearly as extreme as we usually like, but I have to say, it’s a decent song.

The video is another that intersperses shots of the band performing outdoors with images of a story  — this one involves a man and a woman on a beach and in a forest at night. What they are doing, and doing to each other, isn’t entirely clear to me, but it was intriguing to watch, and the video quality is high. Check it out:

Here’s the MySpace link for Man-Eating Tree, where you’ll find info about how to pre-order the album if you like this song. 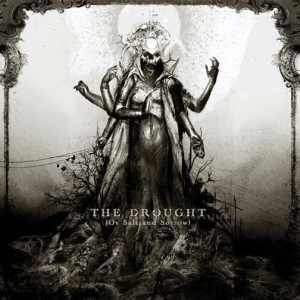 Not long ago we received a digital promo copy of a forthcoming album by a Connecticut-based band called Pristina, which features ex-members of other Northeast bands, including Dry Kill Logic, 100 Demons, Invocation, Of Nehek, A Thousand Falling Skies, Born Under Saturn, and more.

Pristina’s debut album, The Drought (ov Salt and Sorrow), is scheduled for release on September 28 via a French label called Trendkill Recordings. It will be distributed in the U.S. by Relapse Records.

So, my next stop after Man-Eating Tree was to begin listening to the promo copy of Pristina’s new album. One song from the album, called “Salt Water Cthulhu” is now streaming on Pristina’s MySpace page, and that’s the one I listened to first.

I have a hard time describing “Salt Water Cthulhu”. At times it reminded me of Heaven Shall Burn — a particularly hard-edged version of metalcore — but there’s also a black-metal vibe in the song. It’s pretty damned heavy, and I’m diggin’ it.

I didn’t stop with that song.  I went on to listen to “Temple of the Morning Star” — and all I’ll say for now is that it’s very different from “Salt Water Cthulhu” and it’s also completely awesome. And get this — the title track is almost 23 minutes long!

Coupling the first two songs I heard with the idea of a 23-minute title track has caused me to become really fascinated by this band, and I’m eager to hear the rest of the album. It’s safe to say we’ll be writing more about them in the future.

For now, here’s the link to their MySpace page where you can hear that first single.

And that, brothers and sisters, is the end of MISCELANNY for today. I decided I ought to stop listening and start writing. And now that I’ve finished writing, I will start listening again, until I decide I ought to do something more productive. Or not.