About a month ago, we mused about how much a good band name has to do with a band’s success. We considered some ass-kicking bands with ass-kicking names, some ass-kicking bands that have succeeded despite piss-poor names, and some bands whose names are just perplexing — and that led to one of the most interesting comment sessions we’ve ever had at this site.  (The whole post is here.)

Yesterday, we saw the latest line-up of confirmed bands for the 2011 edition of the Maryland Deathfest, and that got us thinking about band names again. Actually, to be brutally honest, it got us laughing like hyenas circling a fresh carcass.

Not that we intend to make fun of the Maryland Deathfest — far from it. That festival is the closest thing in scope to the big European festivals that the U.S. has to offer, and if it weren’t so damned far away from Seattle, we’d be there next May in a heartbeat.

But the line-up of bands includes some names of bands we’ve never heard before that deliciously embody the general middle-finger-giving, batshit-craziness of metal that we love so much. And so, after the jump, we’ll review the current line-up with you, focusing on some of those fucktastic names, and we’ll include a song or two from the band whose name we like the best. 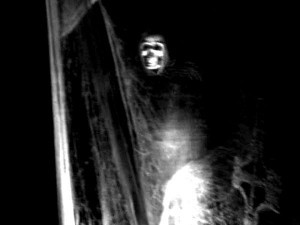 The festival organizers describe the purpose of the Maryland Deathfest in these words: “To bring to the United States the best and most extreme bands the underground has to offer. Never conforming to trends, or being limited by genre restrictions, Maryland Deathfest is a showcase of what extreme music, both new and old, is capable of. With an emphasis on diversity, the festival brings together the very best death metal, grindcore, black metal, thrash, experimental and hardcore bands from all around the world.”

Who could deny that? Not us. Next year’s line-up includes some well-known older names as well as some hard-charging newer bands, all of which we’d love to see live:  Corrosion of Conformity, Defeated Sanity, Devourment, Hail of Bullets, Impaled Nazarene, Kylesa, Mammoth Grinder, Marduk, and (especially) Neurosis.

The line-up also includes a bunch of bands whose music we’ve never heard, but whose demented names we like. Here’s a selection of those names, along with our make-believe definitions:

ACID WITCH: What your girlfriend becomes when she sees a photo of another chick on your phone.

BAD ACID TRIP: What your parents were on when you were conceived.

BLOOD FREAK: What we wish the Twilight movies had been called.

CREATIVE WASTE (Saudi Arabia): What Atreyu would have been if they’d been creative. (Alternate Andy Synn definition: The two-word review for All That Remains‘ newest album.)

CRETIN: What we here at NCS aspire to be.

CRIPPLE BASTARDS (Italy): What we need to do to all bastards.

FLESH PARADE: The subtitle we’d like to see on ads for the Miss Universe contest. 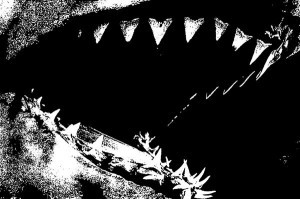 GOATSNAKE: What you call your band if you’re trying to appeal to goats who prefer snakes over whores.

INNUMERABLE FORMS: How many forms of godawful “popular” music generate more money for the performers and their labels than metal.

THE KILL (Australia): The kind of name you pick late at night when you’re too fucked up and too tired to continue trying to think up a good band name, and too retarded to realize what you’ve done in the sobering light of day.

MALIGNANT TUMOUR (Czech Republic): What Axl Rose would have in his spleen if god really did exist.

NOISEAR: The band name selected as a marginal improvement on “NoseHair”.

NOKTURNEL: How Juggalos would spell the word for creatures that are active at night, if they knew that such a word existed.

REGURGITATE (Sweden): The band name we’d most like to see at the top of a tour flyer, co-headlining with Miley Cyrus. 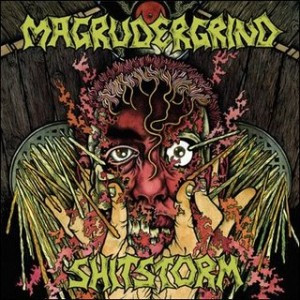 I guess we already gave away the secret about which of these band names we like the best. So yeah, we’re gonna listen to some Shitstorm to finish off this post. And after the link for the songs we picked, you can see the whole smoking, bloody, rancid, awesome line-up for next year’s Maryland Deathfest as it currently exists.  (P.S. We apologize to the bands whose names we made fun of, because for all we know, your music is better than anything that humankind has yet created.)

At 1:29, “No Freedom” is one of Shitstorm’s longest-ever songs. It’s off their split with Magrudergrind:

“Getting Heated” is more the usual length of a Shitstorm song. It’s 18 seconds long:

Guess it goes without saying, but if the evil spirits move you, feel free to throw in some definitions of your own in the comments, whether for the band names we selected or others on the line-up card. Here’s the full list of bands:

MARYLAND DEATHFEST LINE-UP (as of 10-11-10)
For more information, visit www.marylanddeathfest.com.

[UPDATE: Our comments today are spiraling out of control, but they did put us in mind of this awesome video of Metallica performing “The Thing That Should Not Be” in our very own Emerald City back in 1989 (from the Live Shit DVD). Fucking metal.]