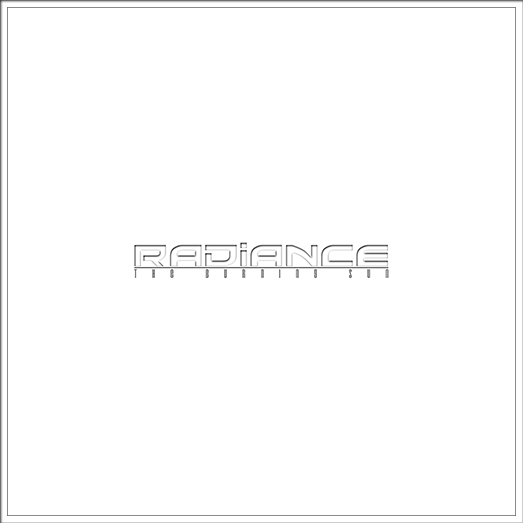 The debut album from Radiance is now available. It’s called The Burning Sun. It sounds nothing like Necrophagist. It’s also one long song — 49 minutes worth of song. Part Iron Maiden, part Dream Theater, part Meshuggah, and almost all Sami, it’s a beautifully constructed, superbly executed work that’s worth the time required to hear it straight through.  (more after the jump . . .) 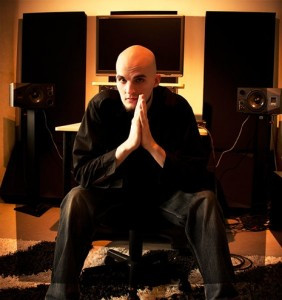 The Burning Sun is a concept album that Raatikainen has been working on since July 2007. The story of its evolution is as much a saga as the album itself is. Raatikainen recorded all the instrumental tracks himself, which include  synthesizer orchestration in addition to multiple guitar tracks, bass, and drums.  He finished the instrumental tracks in 2008, and then spent 6 months attempting to master the vocals himself, though so far as we know he hadn’t been a vocalist in his previous experience.

In his conception of the album, he wanted strictly clean singing, and used a Swedish vocalist named Mats Levén (KRUX, ex-THERION, ex-YNGWIE MALMSTEEN) as his model. Eventually, after those six months of effort, Raatikainen surrendered and approached Levén himself– and Levén agreed to record the vocals.

Raatikainen also recruited a female vocalist named Noora Häkkinen (NORADRENALINE) for the album. Ultimately, the vocals were recorded in 2009. Raatikainen spent 2010 entirely in post-production — working with 460 tracks of audio, mixing and mastering the music himself, in what he describes as “a tedious learning experience,” without a lot of previous practice on which to draw.

The album is now finished, after more than three years of effort. In its digital form, it’s divided into seven segments, but only to make it easier to jump from place to place after you’ve heard the whole thing — not because there are seven distinct songs or even seven distinct movements in a single work; the dividing lines within this long song aren’t that clear. 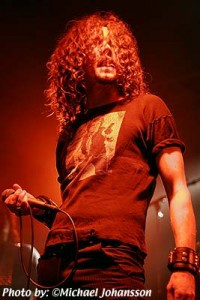 The first segment — “Lambda 475” — is a synthesizer-driven, ambient-music introduction that moves into the second segment, “The Burning Sun”. That segment, as it’s demarcated on the album, is almost 19 minutes long. It moves from a Meshuggah-esque, machine-gun attack of riffage (combined with a blizzard of repeating electronic pulses) into the principal melodic theme of the album, as voiced by Levén and then elaborated upon in a piano interlude.

This long segment is followed by another passage of ghostly keyboard ambience (“Lambda 610”), segueing into an entrancing interlude of solitary piano chords, wordless vocals from Noora Häkkinen, and eventually the slow, power-metal vocals of Mats Levén — drawing the music almost to a dead stop, followed by an outro consisting of the sound of waves washing up and back on a beach.

The peace is only temporary, because the next segment (“Downward Spiral”) is the musical match of “The Burning Sun”. It’s more than 14 minutes long. It leads with massive, plodding chords and blasting drums, and starbursts of lead guitar. Synthesized strings trade places with assault-weapon riffing and headbanging progressive metal, and dozens of other instrumental details, as Levén weaves a variety of vocal melodies.

“Lambda 690” creates a pause in the music with another atmospheric keyboard instrumental, symphonic and slow and moody. 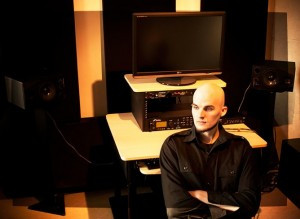 The last segment of the album, fittingly, is called “Conclusion”. It reaches back into “The Burning Sun” and pulls forward the staccato rhythms, the pulsating electronica, the synthesized ambient atmosphere, the melodies of that phase of the album. This is one of the very few places in the album where Levén’s vocals dip down low and almost raspy. Near the end, a slow piano melody consumes the song, with Noora Häkkinen’s wordless vocals adding an ethereal beauty to the sound.

You know that when we write about music, we like to let you listen, too. Mere words can never fully capture sounds, and especially not our mere words. But featuring a selection of music from The Burning Sun is difficult. The album wasn’t meant to be heard in pieces, and finding a segment to stream is sort of like ripping out an organ from a larger organism and asking you to imagine the whole from a part that was never meant to be considered by itself.

But, of course, that didn’t stop us. Because, to decide if this is your cuppa tea, you need to hear something. So, what we did was to use editing software to carve out a segment within a segment — the first 14:06 of that piece-of-the-whole second “track” called “The Burning Sun”. Even our slice of this album is long, though shorter than the segment as it appears on the album. But choosing anything shorter wouldn’t be fair to the music. Check it out:

Radiance: “The Burning Sun – A Piece of Segment 2”

The Burning Sun can be streamed in its entirety, and downloaded for a minimum price, at Radiance’s Bandcamp page here. More information about the project is available at the official Radiance site, which includes Sami Raatikainen’s running blog entries.

Someday soon, we’ll get back to the kind of music for which this site was named — but today we’re hooked by this music. The Burning Sun is an intricate, engrossing work of metal which proves beyond doubt that Sami Raatikainen is a blazing force to be reckoned with. We hope you like it as much as we do.