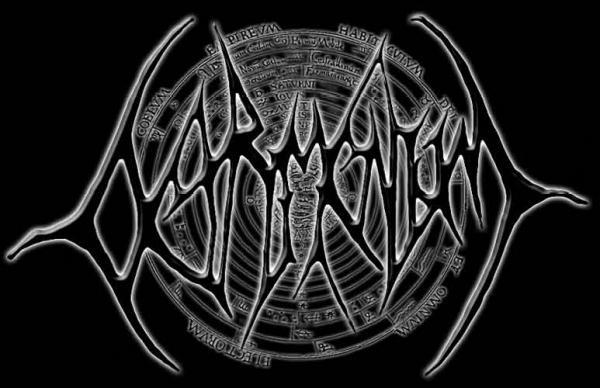 Only a couple weeks ago, we featured news about a new song from one of our favorite UK death metal bands, Detrimentum — which has had their ups and downs but now seems fully on track to produce their first new album (tentatively entitled Inhumanity) since 2008’s Embracing the Deformity. But already, we have more excellent news: Detrimentum has now posted a second new song, called “Pestilence Shared With Worms”.

That new song — clocking in at more than 7 minutes — is just brilliant. It’s plenty brutal, with lots of nasty, unbridled aggression, and raw, bestial vocals. Oh, but there’s much more: huge rhythmic hooks and grooves, riffing that’s technically satisfying and unpredictably morphing, bursts of melodic lead guitar and a gripping — gripping — solo, a phase of tremolo-executed sonic waves, and near the end a a few measures of what sounds like a guitar-picked waltz.

It gallops and hammers and struts and dances. It has the kind of quasi-symphonic feel I get from Fleshgod Apocalpse and Hour of Penance. It’s our kind of modern death metal.  If you follow along with us after the jump, you can hear what we mean . . .

Check out the new song for yourself on this ReverbNation widget, which also includes that previous new song, “The Journeyman’s Lament”. These are “rough mixes”, but we’re having trouble figuring out how further mixing/mastering can improve on what we already have. It’s fucking metal! (We have a bit more Detrimentum news below the tune widget).

Detrimentum completed recording their new album in October, with producer Russ Russell (NAPALM DEATH, DIMMU BORGIR and LENG TCH’E among others). According to the band, the album “contains 8 tracks of dark, dramatic and intense death metal with sinister black metal elements, sweeping melodic passages and crushing doom.”  Based on the two tracks we have so far, that’s a fair characterization. Can’t wait to hear the next six.

Detrimentum plans to return to the studio in mid February to complete mixing/mastering, and in the meantime, will continue searching for label support