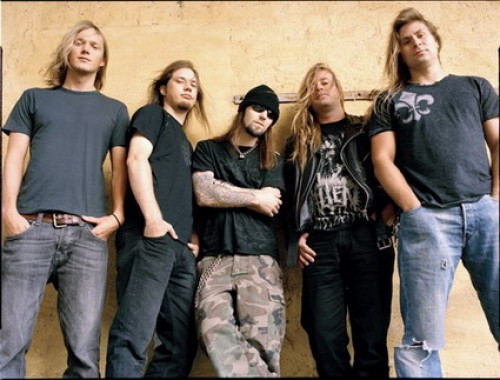 Let’s get Blooddrunk and dive right in . . .

Anyone with a pulse and hearing in the 80’s should know the song by heart – or at least the basic melody. It remains a staple of Europe’s live show, has been used in commercials, at live sporting events and other uses. It has also been covered (and also butchered) many times over the years.

But this is not among the covers that Children Of Bodom have recorded. There are two versions that have been credited to them, neither of which really sound like CoB.

First, there’s the one by Dispatched:

Note: There are versions of this on YouTube that have the Dispatched song playing to one of CoB’s videos, which may have caused the confusion – or worsened it.

Next there’s this cover by Norther:

I will spare you any of the horrible versions of the song. IF you’re a glutton for punishment, several versions (including the preceding two) can be found here.

By the way, Dimmu Borgir is sometimes credited with this cover instead.

Hey, it’s Maiden again! But alas, this is not Children of Bodom. This is actually from early Sentenced, released in 1993.

With that, I’ll bring this installment to a close. I have something different in mind for the next volume, but chances are I’ll return to covers at a later date. Until next time, do your homework, fools!

2 Responses to “THAT WASN’T THEM – VOLUME 2: STEALING FROM CHILDREN”