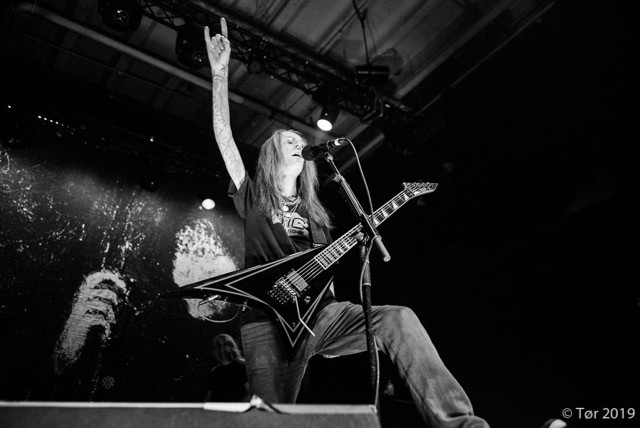 Decibel magazine and other media outlets have reported a statement released by Napalm Records, which we then found in our own in-box this morning, that the veteran Finnish musician and vocalist Alexi Laiho passed away at home in Heklsinki sometime last week. No cause of death has been reported. Laiho was 41 years old.

For me, as for many others, this is very sad news. In my case, Laiho and Children of Bodom were one of the important gateways that led me into extreme metal. I came to the genre much later in life than many of the people who visit our site, and have spent the last 15 years or so catching up and riding the tide forward. COB were one of a handful of bands that made the music finally click in my head. END_OF_DOCUMENT_TOKEN_TO_BE_REPLACED

(On April 11th our Atlanta-based contributor Tør returned to The Masquerade venue to take in Finnish-heavy performances by Children of Bodom, Swallow the Sun, Wolfheart, and local openers Summoner’s Circle. He sent us this report, along with a large batch of his own excellent photos from the show, most of which appear after the review.)

The traffic makes me want to ditch my car in the middle of I-75 and move to Europe. I get to The Masquerade customarily late but manage to catch a bit of the openers, Summoner’s Circle.

On their Facebook page the Knoxville outfit describe themselves as “a six-piece theatrical metal band that blends elements of doom, death, black and progressive metal into what they refer to as simply Epic Metal”. While genre-blending is not my cup of tea, I am pleasantly surprised by the solid display on stage. These guys are serious about what they do and the costumes and imagery match the grandiose sound they produce. Check out their first full-length, Tome, if you haven’t already done so. END_OF_DOCUMENT_TOKEN_TO_BE_REPLACED 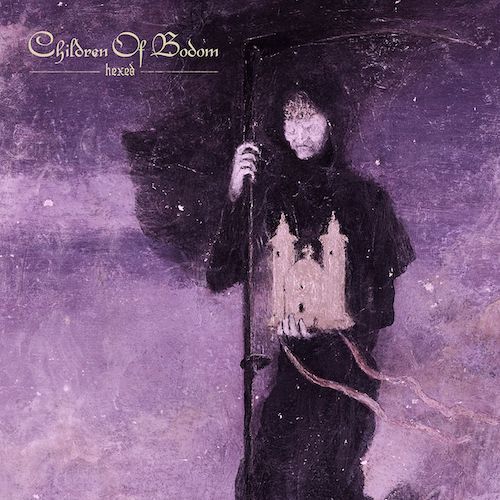 (This is DGR’s review of the new album by the Finnish icons Children of Bodom, which was released on March 8th by Nuclear Blast.)

Fathoming what a “return to form” by Children Of Bodom would sound like is an exceedingly difficult task. It seems that every new album from the Bodom crew is referred to as a “return to form”, and yet what “form” the group are returning to is never fully explained.

If anything, for better or worse, Children Of Bodom have been one of those groups who have been the very hallmark of consistency. You could throw on any of the group’s ten main albums (including their latest, the one discussed here) plus a few of their EPs and have a generally good time with the guitar-shred and keyboard-cheese therein. Yet within that consistent discography there have absolutely been different eras of Children Of Bodom songwriting.

You can begin with the thrashier form of Something Wild, then move to the neo-classical hybrid that the band would become in the Hatebreeder/Follow The Reaper/Hatecrew Deathroll era that is a high-point of the group’s career (which one would guess is the “form” people are often saying they’re returning to), to the chunkier and Americanized-groove of Are You Dead Yet? and Blooddrunk, and on to the group’s most recent three, which have been all over the place stylistically. END_OF_DOCUMENT_TOKEN_TO_BE_REPLACED 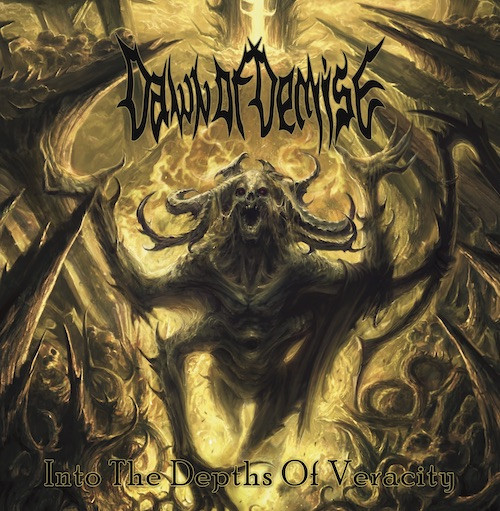 We’re about 2 1/2 years down the road from the last Dawn of Demise album, and on April 19th we’ll get to see what these Danes been up to since then, because that’s when Unique Leader Records will release their fifth album, Into the Depths of Veracity. We have an early glimpse of what they’ve been up to through the first item in this collection, a lyric video for the first advance track from the album, “In Silence He’ll Arise“. END_OF_DOCUMENT_TOKEN_TO_BE_REPLACED 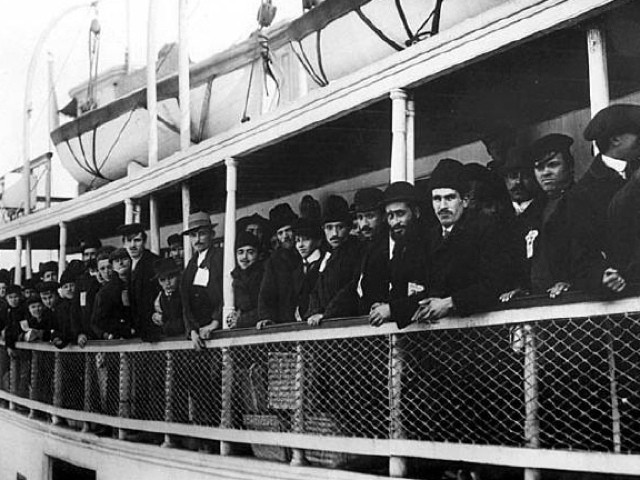 And to make matters worse, they were Papists! Ignorant and superstitious, these mongrels took their orders from a foreign religious power and were bent on degrading and corrupting the moral purity of these great and Protestant United States. They dragged the culture of our homeland into the stinking troughs where they themselves wallowed by birth and breeding. They fled a wretched land and brought the wretchedness with them. END_OF_DOCUMENT_TOKEN_TO_BE_REPLACED 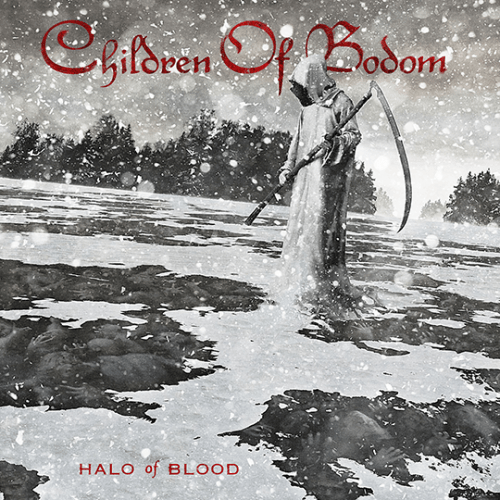 (DGR reviews the latest effort by Finland’s Children of Bodom.)

Almost every review dealing with Children of Bodom these days tends to open exactly the same way. Someone will start talking about how awesome they were years back, and inevitably the discussion becomes focused on how people think the band has stagnated…and why. I have no solutions or magical spells to chant that can make up for CoB’s past two somewhat uninspired efforts. However, let’s just get this bit out of the way: Yes, there was a time when Children of Bodom were one of the most important bands out there for me (and I assume the same for many others). The guitar work alone was enough to bring me over, and worshiping at the altar of Alexi Laiho felt so much better at the time than the alternative of drowning in a tide of interchangeable metalcore.

It may have been that as I heard more of their music, I burned out on this band. I definitely fell into the block of people for whom a lot of their music was beginning to feel like the same song over and over again. While you could make the argument that a lot of folks complain when a band changes their sound too much, and other folks complain when a band stays the same and sticks with what got them to where they are, I think there’s a way for a band to do both and still retain people’s attention.

With Children Of Bodom’s latest releases beginning with Blooddrunk, there were maybe three or four songs on each disc that you could probably combine into one hell of an EP (I actually liked a lot of Are You Dead Yet – though I don’t view it as integral as everything up to Hatecrew). Halo Of Blood on the other hand, feels a little different. If you were to view each disc as an incremental improvement on their sound after some unspecified dip in quality, then Halo Of Blood is once again a step in the right direction. There are glimpses of something here that were missing on Blooddrunk and Relentless; it’s small, but enough of a change that I found myself enjoying about half of the disc this time – as opposed to my rigid three-to-four-song grumpiness from before. END_OF_DOCUMENT_TOKEN_TO_BE_REPLACED 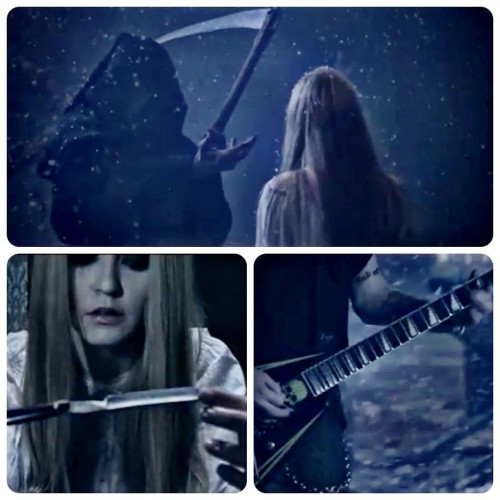 Nuclear Blast is set to release the eighth album from Finland’s Children of Bodom on June 11 in North America. This morning COB premiered an official video for one of the new songs, “Transference”, which has already debuted and which is also being made available as an immediate download for fans who pre-order the CD. And these are a few things that guitarist/vocalist Alexi Laiho said about the song and the album:

‘Transference’ is a straight-up CHILDREN OF BODOM to-the-core-type song and therefore was a good pick for a video and obviously is one of our favorite tracks. It always had an evil vibe to it, which I wish I knew how to explain because it still gives me chills… Enjoy!

Halo Of Blood is the eighth studio album from CHILDREN OF BODOM, and believe it or not, but we still managed to keep it fresh and new while still maintaining the elements that make COB sound recognizable. It’s got the fastest and the slowest song we ever made and lyrics wise there are themes we had never had before. It’s 10 new songs of pure Nordic metal and whether you enjoy it with a beer or a glass of water, I’m sure you will have a good time.

END_OF_DOCUMENT_TOKEN_TO_BE_REPLACED 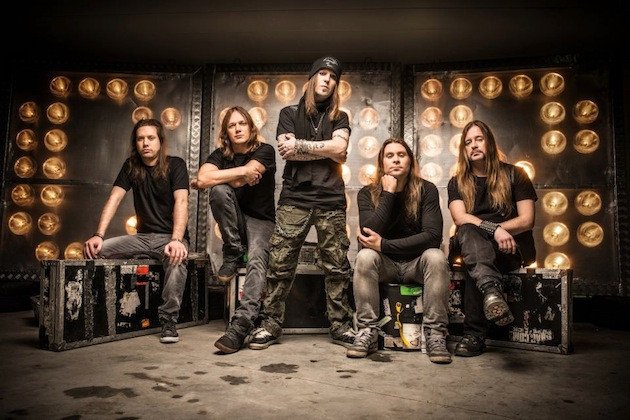 (DGR brings us a couple of new video releases that hit our radar screens since the end of our posts on Friday.)

This weekend brought us a lyric video of the new Children Of Bodom song “Transference”, from their due to be released early next month disc Halo Of Blood. I know, NCS isn’t exactly the biggest bastion of CoB news – nor are we planning to become one; but I felt that because I had spent a news post a little while back musing on whether or not the disc would be any good, then at the very least we needed to do some sort of follow-up so folks could judge for themselves.

As far as I know, this is the first song released from the disc other than the samples of songs that have been covered in their video breakdowns. A good rule of thumb on my end for whether or not I am going to find a disc amazing is whether or not I enjoy the lead-off single, and most of the time I never enjoy the first song released; don’t know if I have some sort of old man knee jerk, “I don’t like change!” reaction, but I have very few albums where I have liked the lead-off single. I knew I was really going to enjoy Omnium Gatherum’s and Soilwork’s latest because I loved everything that came off the pre-release PR wagon. This new song? Not so much.

It’s not a bad song and it has way more bass than Children Of Bodom have had before, but I think I’m really going to need to hear the whole disc before I pass any sort of judgement. Right now, we’re about a month out from the June 11th release date, so I figure we’ll probably start hearing more within the next two weeks and I’ll be ending this odd arc of CoB news on NCS. END_OF_DOCUMENT_TOKEN_TO_BE_REPLACED 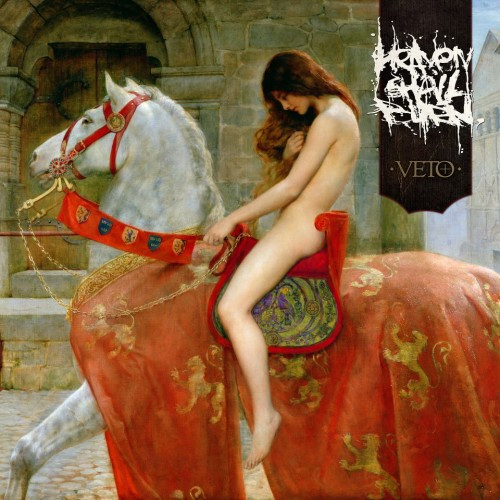 If you’re a fan of this band, I think you’ll like the song.  It’s up next. END_OF_DOCUMENT_TOKEN_TO_BE_REPLACED