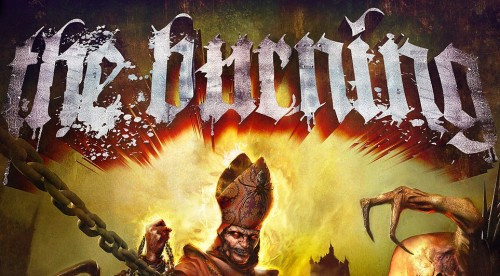 Last month in one of our MISCELLANY posts, we wrote about a Danish band called The Burning and their then-forthcoming new album, Hail the Horde. We featured a song from the album called “Bait the Hook”, which we described thusly: “It’s a nasty piece of stripped-down, mid-tempo, power-groove with an absolutely killer, headbangingly-compulsive, main riff; a gritty low end that vibrates in the gut; expressive, throaty vocals; and a nice old-school, grinding breakdown that just churns and churns. . . . If you can stay still while listening to this baby, you may have narcolepsy.”

Well, the album is now out — and the band has just released an official music video for that “Bait the Hook” song.  Holy hell, I do love this song. Take firm hold of your chains and prepare to get your fuckin’ groove on.  (Thanks to the excellent Metality blog for the tip on this video.)

3 Responses to “THE BURNING: BAIT THE HOOK”