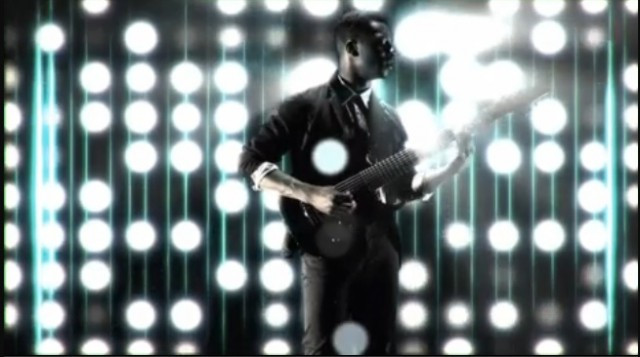 While I was away on vacation I didn’t completely neglect what was happening in the world of metal, but I confess I didn’t spend the kind of time I usually spend keeping up on current developments. So over the weekend I did my best to catch up. It was kind of like swimming against a flood tide. It’s amazing how much happens on a daily basis. Of course, I find that a lot of the bulletins, press releases, and blurbs that fill up the likes of Blabbermouth and band pages on Facebook and MySpace are pretty uninteresting.

But even ignoring the boring and utterly useless streams of bullshit that pass for metal news much of the time, I still found all sorts of happenings over the last 12 days that were quite interesting, and even exciting — the kind of occurrences we would have written about on this site if we’d been able to stay on top of our game. The downside of writing about them now is that for many of you, it will be old news. But what the fuck. We’re going to write about some of those items anyway, stale though they may be. Some things still taste pretty good even when they’re beyond their sell-by date. And besides, maybe some of you missed them, just like I did while I was off staring at clouds.

It may take a couple or three posts to catch up, but there’s no time like the present to get started. So today we’ve got a collection of items about Animals As Leaders, From Exile, After the Burial, and I Declare War. That’s what you’ll find after the jump, along with some music videos . . . 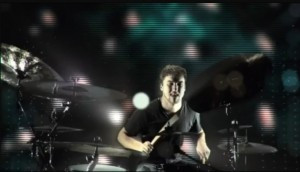 We won’t slobber too much about this band today — mainly because we’ve generated enough slobber about them in the past to fill a bucket. Your three NCS collaborators have seen them twice in Seattle since this time last year, and while I was off on vacation, AAL came through town yet again, as part of an odd-ball touring line-up that included Circa Survive, Codeseven, and Dredg. The last time they passed through, they were part of the SUMMER SLAUGHTER tour, with a bunch of badass metal acts. These dudes will clearly tour with anyone — and no doubt they’ve massively increased their fan base by doing that.

My co-founder Alexis and some friends went to see them as part of that Circa Survive tour while I was gone. Of course, given the rest of the line-up, she left not long after AAL played their set, and of course she reported to me that they were — yet again — awesome. I’m consoling myself with the knowledge that, come February, they’ll be passing through Seattle for a fourth time in just the last 12 months. That next tour will be with Underoath, Thursday, and A Skylit Drive. We’ll probably be leaving that show early, too. 🙂

Apart from missing AAL’s most recent Seattle stop, I also missed the band’s release — finally — of their first official music video. It’s for the most excellent song, “CAFO”. I watched the video multiple times over the weekend, and it’s almost as excellent as the song. It comes close to capturing what’s so mesmerizing about the band’s live performance, and the assorted visual effects are mostly very cool, too — though I have no idea what that creepy, pulsating, alien thing has to do with the music.

The video was directed and edited by Scott Hansen, and Jay Wynne provided the visual effects. If you haven’t seen it yet, well now you can — and you should: 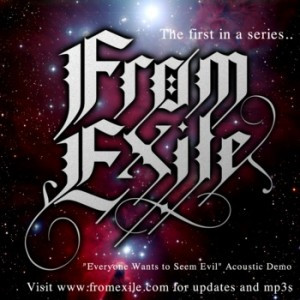 From Exile is an Atlanta-based band that we discovered and praised to the skies in a post last March. A few days ago, I re-read that review of their album Monolith, and realized that we’ve rarely been that effusive about a band’s music — which is saying something, given that we generally don’t review albums we don’t like. Back then, From Exile was really just two dudes — Eric Guenther and Ben Wetzelberger (with some assists on the album from Kevin Talley, Eyal Levi, and Emil Werstler (all from Daath)). Since then, Eric and Ben have fleshed out the band, at least for live-performance purposes — because while I was on vacation, they’ve put up some videos of a show they did on October 23.

In addition to releasing those live-performance videos while I was missing in action, they also released an acoustic demo of a new tune that will later become a full-band arrangement on their next album. The new song is called “Everyone Wants to Seem Evil”. Yes, it’s just an acoustic arrangement, and it’s fairly short, but any taste of new From Exile music is very welcome to our pointy ears. Plus, in this next video, you can see the guys tracking the music. And on top of that, they’ve made the song available as a free download on their Bandcamp site — which is here.

Here’s what Eric said about this acoustic sample: “Basically, we have a lot of musical ideas floating around since Monolith was written over 3 years ago now. The acoustic guitar has always been a central part of my writing process… I tend to write most of our music with it, at least in the first stages, and we have done an acoustic show before, which we thought went really well, so we want to do it again. The plan with this first song is to re-record it later as a full band/song arrangement for our next full-length. But since we also want to play an acoustic show occasionally as well as have an acoustic release further down the line, it made a lot of sense to give this music a middle checkpoint; something so that people can actually see a bit of how an idea progresses. The final version, both when we play this at an acoustic show, and the band version on record, will have vocals and everything else fleshed out. In fact, many of the guitar harmonies will be vocal lines.”

Here’s the video of that acoustic demo:

And now here’s one of the performance videos we mentioned earlier — with all the power turned on. It’s a song called “Exhumed”, from the Monolith album. Both the video and the audio are above-average quality, and the song is just sick — even though it features clean singing.  🙂

Monolith is still available as a digital download from the From Exile Bandcamp page via the link we provided above. Soooo good.

Most metal bloggers with any sense aren’t going to finish off their “Best of 2010” lists until they hear the new album from After the Burial. Even our very own guest contributor The Artist Formerly Known As Dan — who jumped the gun with his “Best of” list for the sake of generating discussion — put the album on his Honorable Mention list, even though he hasn’t heard it yet. He may have to revise his “Best of” list after he’s heard it.

We haven’t heard it yet either, but even though there’s a big stack of recent releases already waiting in our to-be-heard In Box, we’re going to move it up to the top. In the meantime, our taste has been whetted by a sample from a new song embedded in a short promo video that the band released while I was on vacation. It started the salivary glands working when I watched it — even more saliva than happens when I watch the lorises chow down on a big handful of grubs, if you can imagine that.

The album In Dreams, is scheduled for release on November 23. Holy shit!  That’s today! (But here’s a hint — one of our increasingly regular guest contributors has listened carefully to the new album, and he is majorly disappointed, as you’ll see when his review goes up on our site tomorrow.) 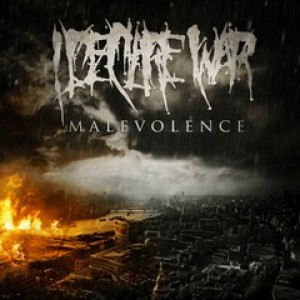 This is a Seattle deathcore/death-metal band we’ve been following since we saw one of their very first live performances a couple years ago. 2010 has been a break-out year for IDW. In March, they announced their signing to the Artery Recordings label, they then released their label debut Malevolence, and they’ve been touring the nation like crazy since then. Nor surprisingly to us, they’ve already built a massive nationwide following.

The only fly in the ointment was the news in July that their talented vocalist Jonathan Huber had left the band in the middle of a tour — for reasons that are still obscure. At that time, Nick Arthur of tour-mates Molotov Solution began filling in for Huber on IDW’s live shows, and after that tour finished, Jamie Hanks stepped up to do the vocal duties on subsequent tours. Jamie Hanks is also an awesome vocalist, and is (was) the frontman for Portland’s Those Who Lie Beneath.  We wrote some glowing words about that band’s debut album, An Awakening, last December.

Well, while I was away on vacation, we got an e-mail from I Declare War’s guitarist Evan Hughes telling us about a press release the band had just issued, announcing that Jamie Hanks will now be IDW’s permanent vocalist.  According to the press piece, IDW will be re-recording a track from Malevolence to feature Hanks’ vocals. They tell us that “Putrification of the Population” will be available for streaming by early next year via the band’s MySpace page.

As far as we’re concerned, and as much as we liked Huber’s vocals and stage presence, Hanks is a hot-shit addition to a band whose work-ethic and music we admire. Onward and upward!

Btw, Evan Hughes is a bright guy and a good writer (we had lots of fun reading his studio blogs while the band was recording Malevolence), and we’re hoping he’ll be convinced to send us a guest blog whenever he can catch his breath from touring.

That’s it for this installment of Catching Up. Hope at least some of it was news to you (albeit somewhat dated). Have a nice fucking day. (As I write this, it’s fucking snowing in Seattle. Shit.)