[EDITOR’S NOTE: NCS has developed a close relationship with DEATH METAL BABOON, and especially its Netherlands-based founder and mastermind Niek. He e-mailed me a list of the best albums he reviewed this year for DMB — with “best” being defined based on Niek’s desire to listen to the albums repeatedly. And then I talked him into letting me publish the list here — which is pretty cool since he could (and probably should) have used it for his own site.

The one request he made was that I add my own comments on his selections. Seemed like a cheap price to pay for getting to post Niek’s list, so I agreed. Here’s the list and Niek’s comments about the Top 3. My own comments are identified by name. Plus, I’ve added links for Niek’s favorite songs from the top 3 albums on his list.]

My list is a list of the best albums I’ve reviewed on The Baboon this year. Mind you, these are not necessarily the ones to which I gave the highest marks, although most of the high ones are in here. The ones that are in this list aren’t ranked based on marks either. Instead, I’ve ranked them based on my desire to listen to them again. Call it long-term replay value if you like. With that as the definition of my list, seven albums that I reviewed this year have that long-term replay value and are listed below.  (after the jump . . .)

Islander: I know and admire this band’s music greatly (and we wrote about them here and here before the global release of this album). This album made 2010 a huge, break-out year for India’s best metal band. They remind me of Keep of Kalessin, and Demonstealer’s vocals are stunning, and stunningly varied. The song you picked as your favorite is a long one, but worth every minute of attention. It’s truly epic. 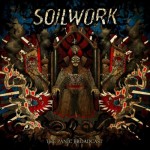 Islander: We reviewed this album here. One of my collaborators (IntoTheDarkness) thought it was evidence that Soilwork had become “old and boring”, but despite the slow falling away of Soilwork’s aggression over time, I still liked the album a bunch. Just too damned many infectious, hook-laden songs not to like. 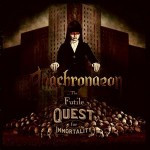 Anachronaeon, The Futile Quest For Immortality
Recommended song: “Ages Ago”

Islander: I instinctively shy away from bands with three consecutive vowels in their name; I have to double-check the spelling when I write about them, and I don’t like to double-check anything. But despite that deterrent, I sampled this album for a MISCELLANY column back in August (here) after I saw your review, and yes, it’s hot shit. Very hot. Vicious, but catchy as hell at the same time. 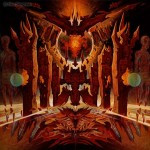 Islander: Well, I’m with you on this one, too. One of the year’s strongest albums. There aren’t many tech-death bands with skills this stratospheric who succeed in integrating all the blazing tech mastery into actual songs that are actually memorable. And their live show is absolutely ravaging — one of the high points of the SUMMER SLAUGHTER tour last summer. 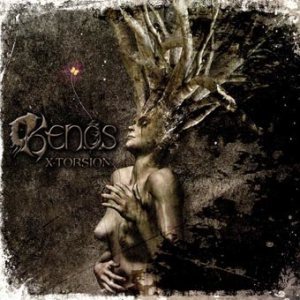 The first podium place on my 2010 Best Replay Value List is for Kenòs, an Italian producer of diverse, progressive and melodic Death Metal, with their X-torsion album. Variation on this album is rich: thrashy bits, dark pieces, atmospheric parts and just all-out, old-school Death Metal components. I like that, because variation is one of the main factors to influence replay value.

There’s a song that’s close to Black Metal, there’s one that’s more on the Thrash side of things. There’s one that’s almost a prog Rock song. By now you’re probably thinking this album must be a collection of completely different songs and styles thrown together on a big stinking pile without any sense of unity. But that’s where you’re wrong! The fact that Kenòs has managed to combine such a rich pallet of styles while still keeping everything together and clearly identifiable as their own makes this such a quality album!

The song that made the biggest impression on me is the one called “Revolver Revival”, and it’s the most old-school on the album. It’s got a sludgy low guitar setting, and although it’s not characteristic of the whole album, it’s pretty fuckin’ awesome! Try putting it up and not turning up the volume when the opening riff finally breaks loose at the 0:49 marker!

Islander: Well, Hail Santa and all his elves! This song fucking rocks! Sounds like a big transformer blowing a fuse, but with a convulsively spastic beat and a superfine guitar solo, and an unexpected rhythmic break 2/3 of the way through. Seriously, this song makes me want to bounce up and down and puts an idiotic grin on my face. Correction: a more idiotic grin. I been listening to this song non-stop. From your description, maybe this isn’t representative of all else on the album, but one song like this is more than most bands can hope to achieve. Big win! 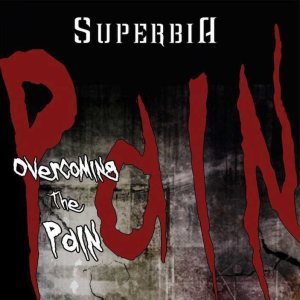 The second spot on the list is held by another Italian band, with an album titled Overcoming the Pain. It’s a band called SuperbiA – mind the capitalized A at the back – that produces melodic but mostly Progressive Death Metal. I’ve emphasized this so often: originality is of the utmost importance. In anything really, but if you’re a band and want to convince Metalheads that munch new bands and albums away like a plate of spaghetti, its importance is taken to a new level.

SuperbiA reaches that level. Easily. That doesn’t mean you can’t hear influences though. I discovered notes of Maiden and Sabbath in there, and I even thought to hear some Death. But that’s not the main thing. The main thing is the fact that every note of the music screams about the care and thought that has gone into writing it. There are no open doors, no clichés. The music is just what it wants to be. Quoting myself, for the simple reason that I just can’t put it better: “In short: a brilliant album. Diverse in song setting, rich in instrumentals and vocals, very controlled and classic quality feel”.

There’s a brilliant track included in the review I wrote at The Baboon called “One Last Time”. For this list though I’d like to go with a song called “Alpha & Omega”, because it’s as diverse as the album is, with Opethian clean bits, darker bits, harsh bits, melodic bits and even some well-dosed female vocals for accentuation. A rich pallet!

Islander: Okay, Niek, I’m starting to figure out where you’ve set your anchor. This song is even more complex than the Kenos track, but it’s still got big thumping grooves. I didn’t know what was happening at first, with the pretty female vocals and the mix of funky guitar and keyboards, but then it got into teeth-kicking mode. What beautifully unusual riffs, and completely unpredictable drum fills — about to spin out of control, and then back in harness, right on beat. Really fucking cool song.

1.  Deliver us from Evil – Behold a Pale Horse 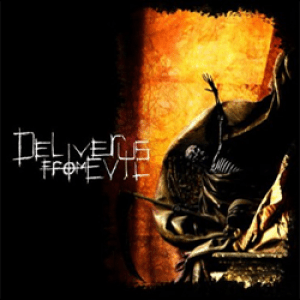 And finally, 2010’s best album is an album from 2008. Well fuck it, I don’t think that matters much. Insignificant detail. I discovered it in 2010 and that’s what matters. It completely blew me away when I first heard its tunes and of all the albums I’ve heard in the past 12 months, this is the one that I want to jam back in my CD player the most. This is the one with the highest replay value!

Why is that? Well, as I’ve written on The Baboon, as well as commented here at NCS, my tastes have developed from the more melodic lead-driven Melodic Death Metal to that which holds ground anywhere near Melodeath, Groove Metal and the darker forms of Extreme Metal. No more catchy melodic-leads as my primary determinants of enjoyment, but groove instead. And – apart from all of what the other bands have and that the music is incredibly well-crafted – that’s precisely what Behold a Pale Horse has as its main feature: Groooove. With four O’s and a capital G!

That groove is best displayed by a track called “Casualty”. So that’s the one we’ll feed you as a premature Christmas dinner dessert. We could have opted for “Only Ashes Remain”, which has a nifty but bloody video shot for it, but “Casualty” is just such an accurate and awesome display of the Groooove that it got preference.

Deliver us from Evil: Casualty

Islander: Damnation, yet another winner. Beautiful, industrial strength riffing to start — fast and electric and irresistible. It grinds and pops and — call the CDC —  it’s massively infectious. But just on the strength of the 3 songs from your top 3 albums, I’d reverse the order.  I’d put the Kenos first, then the SuperbiA, then this one. But it’s a minor quibble, because they all hook me up like a marionette and make we wanna slam to the beat of a higher power.

EDITOR’S NOTE: Here’s Niek’s full list of 7, with the numerical rating he gave the albums on a 10-point scale at the time of the original DMB reviews.