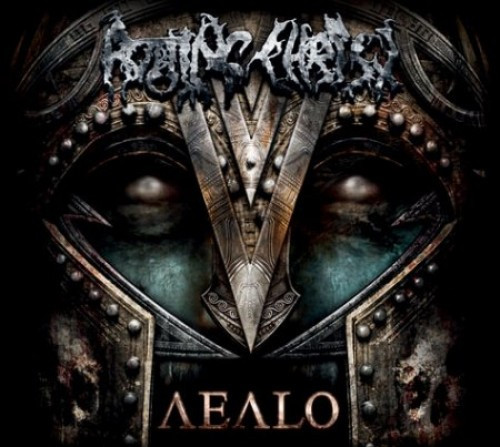 As of yesterday, we had rolled out, in no particular order, 20 of the metal songs released in 2010 that we thought were the most infectious (and if you’re just joining us, read this to find out what we’re talking about). Here’s the list so far:

We’re now starting on the home stretch, with 10 songs left to go. Yes, we finally gave up trying to chop the list down below 30; just too painful. Today’s new entries on the list are from Rotting Christ and Arise. They’re quite different from each other, but they’re both guaranteed to get your head banging.  (hear the songs after the jump . . .) 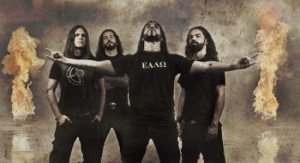 In Aealo, the premier Greek purveyors of Black Death produced a 2010 album which proved — if more proof was needed — that Rotting Christ are not standing still. They do not follow a formula. They search, they explore, they imagine, they are very Greek in their approach to metal, they put their hearts into their songwriting, as well as in their performance. They delved even more deeply into the ethnic music of their homeland to produce one of the most variable, most interesting albums of the year.

Eleven months ago when we reviewed the album, we said this: “Aealo, the 10th full-length offering from Greek extreme metal band Rotting Christ, is by far the most interesting listening experience we’ve encountered to date in 2010. It’s a coherent compilation of lush, passionate, densely layered songs that establishes a new milepost in Rotting Christ’s fascinating musical evolution. When the year ends, something tells us this album will still be in the forefront of our memory.” And yes, it still is.

Aealo includes one song that held fast in our deliberations over the year’s most infectious songs. As a work of musical art, it is a lesser accomplishment than the best songs on the album, but it is still Rotting Christ, and it is very fucking infectious. Here is “Noctis Era”: 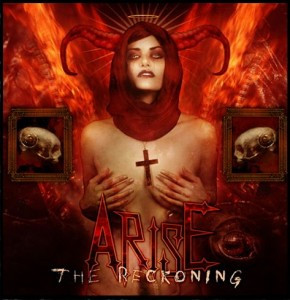 The Reckoning is the fourth album from this Swedish band and the first since a significant line-up change occurred in 2006. Regain Records publicized the album as a 2010 release, though the album seems to have appeared elsewhere in 2009 — and for that reason, adding a song from it to this list could be questioned. We resolved the confusion by reasoning that we didn’t hear the album until 2010. Yeah, that’s a pretty feeble rationalization, but we’re going with it.

When we reviewed The Reckoning in May (here), we summed it up this way: “It’s thrash-paced death metal embedded with devilishly catchy grooves, seamed with melodic leads and solos, enhanced by razor-sharp modern production, and played quite capably by people who know what they’re doing. . . . This music harkens back to the early days of Swedish melodic death metal when the style was more death and less melodic, but the music also heavily incorporates elements of Bay Area-thrash. With few exceptions (such as the stripped-down “Pitch Black”), speed and power are kings in the land of Arise, but the songs are well-structured and sweetly addictive.”

“Addictive” is certainly a good adjective for the song we’ve picked from The Reckoning. In our personal rotation, it was definitely one of the year’s most infectious — packed with irresistible riffs and grooves and infested with melodic hooks. Have a listen:

3 Responses to “OUR LIST OF 2010’S MOST INFECTIOUS EXTREME METAL SONGS: PART 11”