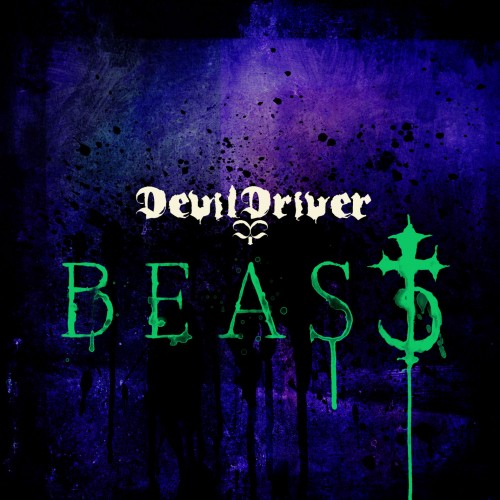 (NCS contributor BadWolf weighs in with his review of the new album by DevilDriver — which debuts today in its official release.)

The American melodic metalcore wave was (can we say “was” now? I think we can) unstable. The bands that, to me at the time, seemed like the true spearheads of the genre, the artistic and energetic studs, fell off the map fast. Killswitch had two back-to-back classics, one after a lead vocalist swap, and then became lost in their own shtick. Trivium (whose Ascendancy record is the wave’s crest as far as I’m concerned) became lost in other people’s shtick. As far as I’m concerned, all As I Lay Dying had was shtick in the first place. Shtick and lots of frosting to cover up the sour Christian taste.

Half a decade later and on the same day, two bands I had pegged for second tier at best are releasing two consistent records. Slow and steady wins the race; both are solid. Andy Synn’s taking on Darkest Hour’s new record (here), so I’m going head to head with DevilDriver’s Beast.

It is one fun fight. Darkest Hour write breakup records, pure and simple. So what kind of records do DevilDriver write? Workout records. And the best thing I can say about and to describe Beast is that it makes me want to pump iron and hit things for its entire duration.  (more after the jump, including a track to hear . . .) 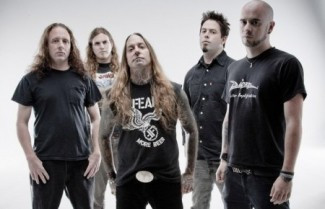 Its predecessor Pray for Villains did not make me want to do very much. Beast is a step up: It has in general faster tempos (the record is still mid-paced through and through, double-bass pedal notwithstanding) and a more powerful groove.

This record very much wants to be Pantera’s Far Beyond Driven with better melodies—at moments, it succeeds. Both records give me the impression that their vocalists (in this case Dez) are about three inches away from my face screaming at me like my own personal trainer. Every lyric is straightforward, macho, somehow juvenile, but empowering enough to appeal to me.

The strongest change is a slight (very slight) return of the atmospheric elements present in DevilDriver’s ugly and problematic self-titled record. Here, there are more guitar effects than samples, which is a definite improvement. DevilDriver know how to set a mood when pressed.

The trick to this sort of approach to album-making (regular releases with similar-sounding songs; the AC/DC-meets-The Black Album approach) is in the songs themselves. Beast does not have a “Clouds Over California”, but it has stronger songs in general.

The best songs on the record, clustered about 1/3 and 2/3’s in, manage to combine the atmospheric elements—intros and bridges—with strong songs. My choice cuts would be “Shitlist” (perhaps the best of the bunch), “Coldblooded”, and “Blur.” It’s worth noting that, in general, the shorter the songs are, the stronger they are; “Blur” is the exception.

This is a strong release form a band with remarkable longevity, so ask yourself—how do I feel about owning a record where the strongest songs are called “Shitlist,” and have choruses like “I don’t know you, but I fucking hate you”? Your call.

EDITOR’S NOTE: For your listening pleasure, here’s one of BadWolf’s “choice cuts” of Beast for you to stream: