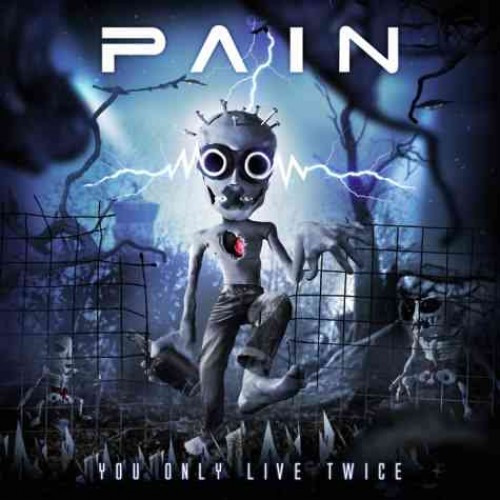 I’m not suggesting you’re asleep. That post title is the message I gave to myself, over and over again, this morning. It’s the middle of the damned week, and somehow I found myself over-doing it with old friends way past my usual bed-time, and I’m moving reeeeeally slowly this morning.

What I needed was a good jolt, a nasty steel-toed kick in the ass, a bucket of cold water over the head, a brisk slap in the face. But I contented myself instead with the music we’ve got for you this morning. It certainly woke me the fuck up.

We’ve got four offerings of jolting, ass-kicking, bracing, face-slapping music, including two new videos and some free download options, from Pain (Sweden), Wormrot (Singapore), Malfeitor (Sweden), and Kataklysm (Canada). Let’s get to it:

Peter Tägtgren is best known for his work as a music producer and as the vocalist and guitarist for long-running Swedish luminaries Hypocrisy. But he’s had many other projects as well, and one of them is an outfit called Pain. That band has been around a long time, too, though I don’t think I’ve ever listened to the music. That’s now changed. Their 7th album is scheduled for release on June 3, and there’s now a new song available for free download.  (more after the jump . . .)

The album is called You Only Live Twice — which will no doubt haunt Pain with James Bond references for many months to come — and the song is called “Dirty Woman”. From what I’ve read about this band, I was expecting something industrial, but “Dirty Woman” feels more like Southern swamp-rock with some big-time, bang-yo-head metal riffs thrown into the mix. It did a nice job starting the wake-the-fuck-up process for me. Check it out:

To download the song for yourself, go here and look for the link. You’ll be asked to provide an e-mail address, and it should be a real one because you’ll need a code sent to that address to do the download. You Only Live Twice will be released on Nuclear Blast. 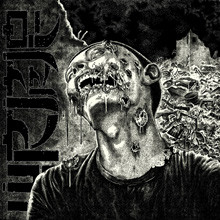 This Singapore band has made a huge splash in the metal ocean in a relatively short time. Lots of buzz greeted the run-up to the recent release of their second album, Dirge. That album features 25 tracks in just over 18 minutes. Yes, it’s grindcore. But man, is it good grind — and it’s also available for free download at the Earache Records website (click this link to get there). Once again, you’ll need to cough up a working e-mail address.

But maybe you’d like to hear what Wormrot sounds like before you go get the music. No problem. Earache has just released a new official music video for a song called “Erased Existence”. It’s 43 seconds long. It includes lots of explosions. It almost single-handedly finished the process of waking me the fuck up. 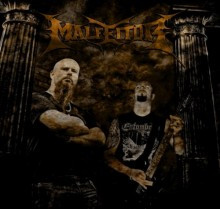 Malfeitor is a rejuvenated Swedish death-metal band that originated in the early 90s. We wrote about them a couple weeks ago because we got knocked down by the first song to be revealed from this band in about 17 years, “Scenes From A Slaughterhouse”. If you haven’t heard that scary slice of old-school evil, go check out that post.

As of last night, Malfeitor has followed up “Scenes” with yet another teaser release, this one in video form. The song is called “To Hell, Farewell”. The title implies that you’re leaving, and maybe giving a backward wave to the smoking blackness from which you’ve escaped. But the music sounds more like you’ve just been greeted with open arms for a long stay in the infernal realms.

Malfeitor is continuing to work on new material for a 2011 release.

Last, but certainly not least, we have a brand new video from Montreal’s Kataklysm. The track is “At the Edge of the World”, and it’s from the band’s excellent 2010 release, Heaven’s Venom. No video yet from my favorite song on that album, “Suicide River”, but there’s still time for that.

I finally got to see Kataklysm live last year, and they do bring the Northern hyperblast, as advertised. Awesome set. This video is performance-based and gives you a little feel for the band’s live show — though it’s still not like being present in the flesh. But, it’s fucking Kataklysm.

I’m awake now, thank you very much. Enjoy the rest of your fucking day.