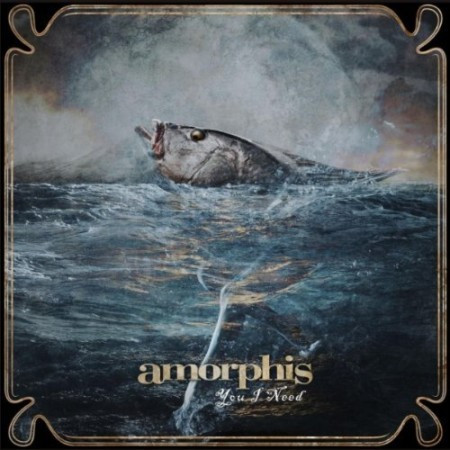 I knew Amorphis would be debuting a new song from their next album yesterday. I meant to keep my eyes peeled for it so I could feed it straight onto NCS without delay. I fucked up. But I’m not beating myself up over that, because it’s the first time that I’ve ever fucked up. Ever.

Okay, maybe that’s a bit of an overstatement. To be more accurate, it’s the first time I ever fucked up . . . since the last time I fucked up. Which happened about a half dozen times yesterday before the missing-the-new-Amorphis-song fuck-up.

Where was I?  Oh yeah, the new Amorphis song. It’s called “You I Need”. It’s going to be released digitally in Finland on April 20 and in other countries on April 22. It comes off the band’s new album, The Beginning Of Times, which is scheduled for release on May 27 via Nuclear Blast Records.

We already featured the album art (you remember the big egg hanging over the earth, on the verge of hatching something?), now we’re featuring this song, and because it’s Amorphis — one of our principal Exceptions to the Rule of no clean singing around here — we’re probably going to run a feature every time anyone in the band belches or farts between now and May 27. After the jump, we have the song and a few thoughts about it. 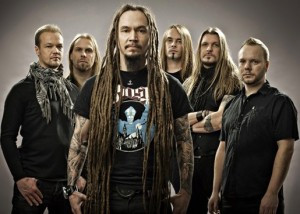 “You I Need” breaks no ground nor does it go back to the harsher ground Amorphis used to trod in olden times. It’s melodic and folky, with a memorable chorus, an only-okay guitar solo, soaring clean vocals (immediately recognizable as Tomi Joutsen‘s, of course), and that’s about it. It’s pleasant, but it’s barely metal, and it’s missing the kind of passion that elevated a song like “Silver Bride” into something that even an extreme metalhead like me could embrace.

Also, what’s up with the cover art for this single? Maybe all will become clear if I can find the lyrics, since they’ll undoubtedly be connected to a story from Finnish folk mythology.

Am I being too harsh about this song? Listen and let me know what you think.

I may have to reconsider posting about the belches and farts. But I’m sure I’ll still pounce on this album when it becomes available.

6 Responses to “WE ALMOST MISSED THIS NEW AMORPHIS SONG . . . ALMOST”