Loucifer Speaks is a U.K.-based metal/rock webzine and forum. Earlier this week, I saw the news that they had released a music comp for free download called The Louciferian Gathering. What really caught my eye was the fact that the comp includes a brand new song from Voice of the Soul called “Cast Away in Betrayal”.

I got into Voice of the Soul last October through one of our MISCELLANY excursions and wrote about them here. Back then, I listened to a four-song EP called Eyes of Deceit and was really impressed. The band is a mini-United Nations, consisting of a Lebanese, an Iraqi, an Indian, and a Persian, who are currently living either in the United States or various locations in the Middle East, and guitarist/vocalist Kareem Chehayeb is an NCS reader.

Despite their geographic separation, the members are still collborating on the cretion of new music. They’ve got yet another EP in the works (their third) and now, courtesy of The Louciferian Gathering, we’ve got that new track, “Cast Away in Betrayal”. Stick with us past the jump, and you can hear the song — which is most certainly worth hearing. 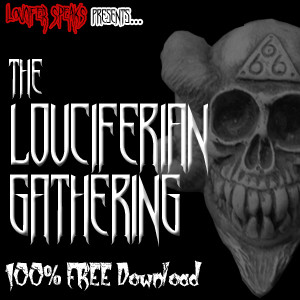 I knew I was going to like this song from the very beginning — the guitar and bass trading off with a pneumatic rhythm, the drums spitting bullets, and the blackened vocals rending like claws. At about the 1:30 mark, melodic chords begin to ring out, changing the atmosphere of the song briefly before a burst of tremolo playing segues back to the verse rhythm. That chorus melody returns, followed by a sequence of impressive melodic guitar solos and leads.

The song successfully joins the harrowing sounds of aggression with an almost meditative melody, and without losing the flow of the song. Nice job dudes! Have a listen:

[audio:https://www.nocleansinging.com/wp-content/uploads/2011/07/Cast-Away-In-Betrayal.mp3|titles=Voice of the Soul – Cast Away In Betrayal]

I haven’t yet checked out any of the other songs on The Louciferian Gathering, but since the compilers had the good taste to include this new VOTS song, I have a feeling there are more gems to be found there. You can access the download by visiting this page, and the site has helpfully provided an option that will allow you to download either the entire comp as a .zip file or individual songs — including “Cast Away in Betrayal”.

8 Responses to “LOUCIFER SPEAKS AND VOICE OF THE SOUL ANSWERS”