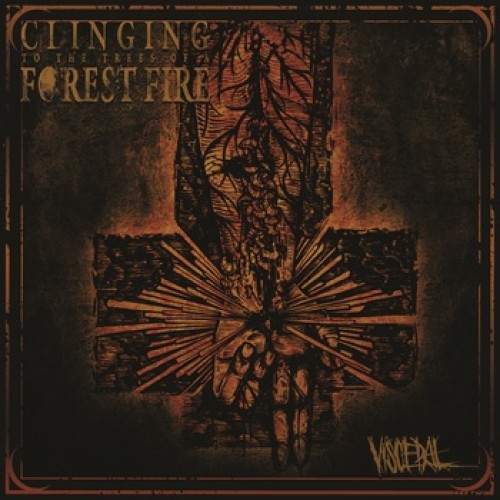 (Phro was so obviously omega drunk on the blood of alpha when he reviewed Omega Drunk on the Blood of Alpha by Clinging To The Trees Of A Forest Fire that he seemed the obvious candidate to review the two more recent releases by the same band, which the band was kind enough to send our way. My only word of advice to CTTTOAFF is to be careful what you wish for.)

So, I “reviewed” (seriously, who decided to let me get away with calling anything I write a “review”?) Clinging To The Trees Of A Forest Fire’s Omega Drunk on the Blood of Alpha the other day. And, I tell you what, it is good aural baby-flesh pancakes.  Well, Islander set me up with review MP3s of their newest album Visceral (July 2011), as well as their just-released split with France’s Nesseria (I’ll only be “reviewing” the CTTTOAFF songs).  I’ve listened to them both about 10 times since then, trying to think of what to say.  I’ll tell you this right now: If you don’t get at least the split (which is free on bandcamp), CTTTOAFF will do horrible things to your mutilated corpse and e-mail photos of said doings to your family, your dog, and all your exes.  Only the exes will enjoy it.

“Have you ever heard the sound of giants stalking the skies, intermittently raping Gaia with cocks the size of horses?”

“Not horses’ cocks…the giants’ cocks are as big as a fucking thoroughbred.” 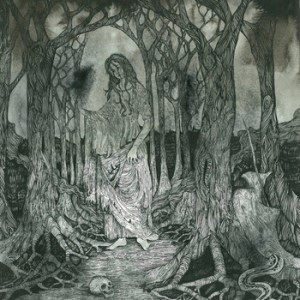 He grinned at me.  I counted his rotting, black teeth on one hand and stifled a surge of vomit.

“Hehehehe.  You see anyone else around, boy?”

“I…” He had me there.  The bus station was, unfortunately, empty.  I wondered why in the world I was traveling on Greyhound.  Oh, right, I was broke after some jack-off broke into my hotel room and took my return plane tickets and all my credit cards.  I had just enough cash left to buy a Greyhound ticket to a cousin’s house.

I realized he was waiting for me to answer the question.

He laughed.  Oh, look, there was one more tooth hanging in there by a thread in the back.

He stood up.  Something in the way his hips swayed like willows in a cool summer breeze beckoned to me.  And who can resist swaying hobo hips?

We were in a bathroom stall.  To say it stunk would be both an understatement and a lie.  The horrific stench was less a smell and more a presence.  It was as if all the worst things that could come out of a human body had hid inside the Michelin Man and then waited for him to hit rock bottom and die of a meth overdose in a Greyhound bathroom before spilling out.  I was pretty sure the hobo couldn’t smell anything anymore, because he just kept grinning.

He glanced around conspiratorially and then pulled out some crusted, rusted, disgusting headphones from his pocket and a small bottle of pills.

“Here.  Put these on and take one of these.”

“What’s—mmmfphh!” He shoved a pill in my mouth and slammed one of the headphones into my right ear.  Holding his hand over my mouth and nostrils, he forced the other headphone into my left ear.  I tried to struggle, but, of course, the stall was too small and cramped and…

The pill dissolved on my tongue.  I didn’t even swallow it.  It just…melted and…

Lightning arched across the sky. It didn’t flash.  It just stretched out and reached across the sky.  Slowly.  The thunder came moments later, like the static of an FM car radio deep in the hills of some far away place.  Obese, blubbery drops of rain fell and splattered on the ground in ways that felt exactly unnatural.

Then, footsteps.  I looked around.  I didn’t see anything.  But the echo of footsteps was distinctive.  They cut through the static-like thunder and the squish of rain.  They were deep and heavy.  I felt my bones rattle around inside my body.  Then, I looked up.

Not like the Big Friendly Giant.  Or even like an Ent.  No, like the giants that challenged the Olympian gods of ancient Greece.  Only uglier.  Like their faces had been burned with acid and napalm.  They lumbered slowly across the horizon.  I gaped.  That fucking hobo had drugged me!

Then, the sound of predatory birds.  Their screams of hunger ripped through the heavy air like daggers.  I turned just in time to see them plunging toward me.  Their talons were rusted iron and their eyes were the smoldering coals of dead suns.  They shredded the sky, and I was frozen in horror.  The leader had me, and I was airborne.  I wanted to pretend I was enjoying it, but jagged, rusted talons hurt like a motherfucker.

I screamed and sobbed and generally blubbered like a baby who’d just shit itself and really wished someone would come and change the diaper.

A giant, out of nowhere, blasted the bird with his club. I fell for…well, it seemed like a damn long time.  The bird’s body had been vaporized on impact, and I was covered in giant bird blood and feathers.  The ground was a long way down.

But, what luck!  A wind pushed me toward the giant.  I smacked into his round, hairy belly like a blind fly and scrambled to grab a hair.  Fucking bird blood!  I couldn’t hang on and just kept falling.

Finally, after falling for entirely too long, I finally got a hold of one of the giant’s hairs and breathed a sigh of relief as I rested my face on his…

I jerked awake.  I was naked and tied up like a Japanese rope bondage demonstration.  My arms and hands were bound tightly and suspended from the ceiling.  The hobo’s cock was slapping me in the face.  He was giggling like a child criminal who’d just committed his first break in and was running loose in the candy store.

“Oh! You’re awake!   Hmmm…well, why don’t you listen to another album?  And, here, have another pill, too.”

I was back hanging from the giant’s pubic hair, bouncing around on his giant, horse-sized cock like a dirty maggot crab.

It was the same place as before, but now it was…faster.  The giant was running.  He seemed terrified and excited.  Oh, no, I thought, he’s not going to a Gaia rape orgy…IS HE???

I looked around.  The air was warm with sweat and lusty bodies.  I could see other giants converging on the same spot.  They were innumerable.  The giant’s cock was starting to seem a bit…ummm…happy.

I started screaming and kicking.

The giant howled in agony and dropped to his knees.  Oh, good!  Now, I was only a good two stories above the ground.  I was debating between trying to climb down or just drop when I realized the giant was looking at me.  He raised his fist to smash me. I decide to try dropping.

I hit the ground and rolled like one of those pill bugs boys torture over summer vacation.  A howl of pure agony ripped through the air.  The stupid motherfucker had actually punched himself in the dick.  He rolled on the ground.  I laughed!  Stupid…oh, shit.

He stood up.  Tears were streaming down his face.  His fist and his crotch were bloody.  I felt vomit rise into my mouth at the sight of his now-as-mangled-as-his-face cock.

I started to run but tripped.  Falling to the ground, vomit erupted out of my mouth like a backed up toilet on Indian and Mexican food night.  I rolled over just in time to see the giant’s foot come crashing down.

I tried to speak, but merely spewed bloody vomit instead.

Their music is heavy and rumbles like giants stalking and raping the earth.  The vocals are tortured and torturing simultaneously and the guitars and bass are as fat and massive as a sperm whale falling out of the sky and crushing a pot of petunias.  Their music rolls over you like Genghis Khan’s horde—and you’ll be left feeling as healthy as the fools who stood before ol’ Genghis himself.  The drums are relentless even in the slower moments of the songs.

In case you’re wondering, the first vision was inspired by Visceral, and the second was inspired by their split.  Their music is pretty schizophrenic and bounces between balls-out speed and headcrushing doom.  The vocals, though, are consistently horrific in the best way possible.

Seriously, I cannot emphasize enough—LISTEN TO THE FUCKING MUSIC. Or I’ll sick that hobo on you.

Bandcamp thingie for the split:

Our friends at Trendkill Recordings will be releasing the CTTTOAFF – NESSERIA split on CD, limited to 500 copies. You can order that HERE. And the cover of the CD version is killer: 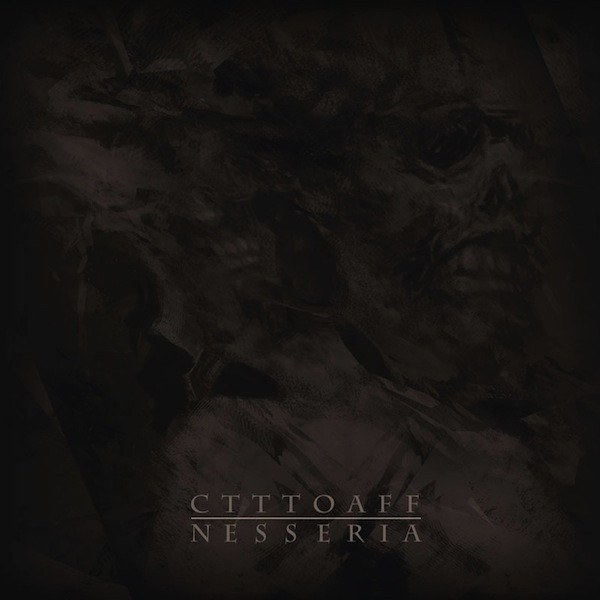 30 Responses to “CTTTOAFF WILL DESTROY YOU”