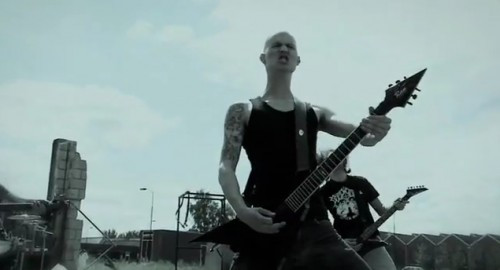 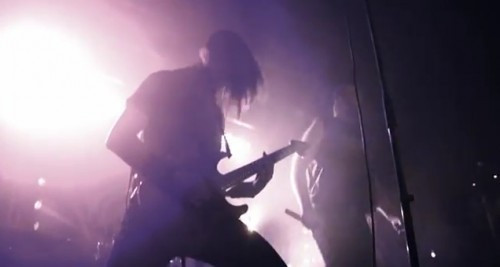 Bodyfarm is a new name to me. In 2010, they released a self-titled EP, and that induced Abyss Records to pick them up. The band are now working on a full-length album called Malevolence that Abyss will release in 2012. What I saw yesterday was a brand new official video for a track from the EP called “Slaves of War”. It’s one of those songs constructed to punch all sorts of buttons in people like me who like a good thrashing of thrash-paced death metal, with irresistible riffs and canyon-sized grooves. It ain’t fancy, but it does the job quite nicely.

And the job in question? Well now, it’s the job of turning a normally sentient being into a puppet on a string, moving involuntarily to the dance of someone else’s hand. See for yourself: 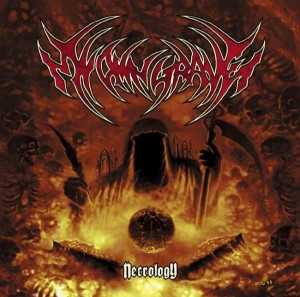 Unlike Bodyfarm, I already knew about My Own Grave. Way back in January of this rapidly disappearing year, I included them in a post about music that would make you party, bleed profusely, and then drown in agony. At that time, the band had released a video for a song called “None Shall See” from their latest album, Necrology, which was produced by the ubiquitous Dan Swanö at Unisound and was released on Pulverised records in July 2010.

What we have now is a new video of the opening song on My Own Grave’s 10-year anniversary show at Aveny in Sundsvall, Sweden, on April 1, 2011. The gig was filmed with 5 cameras and will be released on DVD in 2012. So, yes, it looks pretty damned good. It also sounds pretty damned good, with plenty of decaying old-school rottenness and yet a fast pace — sort of like a out-of-control cart of corpses during the Black Death, rumbling downhill and scattering body parts hither and yon.

You can find out more about My Own Grave at their Facebook page.