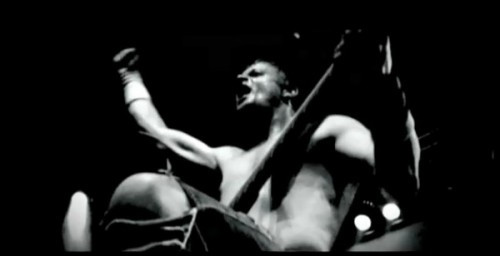 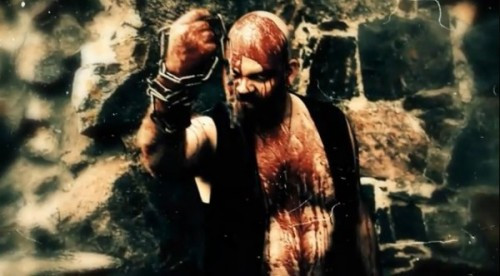 And then there’s that new song, now available for free download, by The Project Hate MCMXCIX. It’s an epic-length, 12 1/2-minute offering that we won’t even attempt to sum up in words.  So, get ready to party, bleed, and drown . . . after the jump.

In about 2 seconds, this video lets you know what you’re in for. It begins with a quotation from that great American philosopher, David Lee Roth, as follows:  “Everyone has self-destructive habits, the trick is to find the 2 or 3 best ones and just do those all the time.” Ready for some heavy drinking, arm-wrestling, pit-smelling, tattooing, zit-popping, ass-mooning, stage-stomping, head-thumping, tongue-wagging, and more heavy drinking? Of course you are! Dive on in . . .

And now for the bleeding, and the chainsawing of downtuned guitars, and more bleeding . . .

For more info about My Own Grave, visit their official site here.

This is one of those songs, called “Summoning Majestic War”. As you might expect from that six-song, 60-minute run time, it’s long. We’re not big fans of Ruby Roque’s clean power-metal vocals, but the rest of the song is pretty sick, and we know lots of you out there are big fans of this band.  So, here you go.  Time to drown.

If you want a legit free download of this song from Season of Mist, so you can listen to it whenever you want, after you’ve been partying and bleeding, right click on this link and save the file.

One Response to “PARTY HEARTY, BLEED PROFUSELY, AND THEN DROWN IN AGONY”