The by-ways of the interhole that I usually prowl on a daily basis in search of entertainment for myself and you have remained largely un-trodden by me since I began my vacation. No recent spoor of mine will be found along those trails. Consequently, they probably smell as fresh as springtime after a light rain. However, emissaries of NCS have been snuffling along those paths like boar hogs in rut, waiting for the scent of something in heat, something that will raise their . . . hackles . . . and reporting back to me their olfactory finds.

Here is what yesterday’s e-mail brought my way, thanks to advance boar-like scouts who will receive credit in due course: A new song from the almighty Dim Mak (U.S.-New Jersey) and two new music videos from Amon (U.S.-Florida) and The Man-Eating Tree (Finland).

The new Dim Mak album is titled The Emergence of Reptilian Altars. It will be released on November 29 by Willowtip Records, which is accepting pre-orders here. If you don’t know about Dim Mak, you can find a brief history that I posted here, along with the first single from the new album. Thanks to the same NCS reader who alerted me to that first song (Kevin), I’ve discovered that Dim Mak have released a second song. This one is called “The Secret of the Tides of Blood”, which is an inspired song name, and it’s available for streaming and purchase via Willowtip’s Bandcamp (at this location).

This is a superheated blowtorch of a song with massive hammering chords of minor-key melody, jaw-dropping drum progressions, turn-on-a-dime changes in time signature, a psychedelic guitar solo, and paint-stripping vocals. In a word, it’s a stunner. I’m so anxious for this album I’m nearly peeing myself. Check out the new song following the jump. 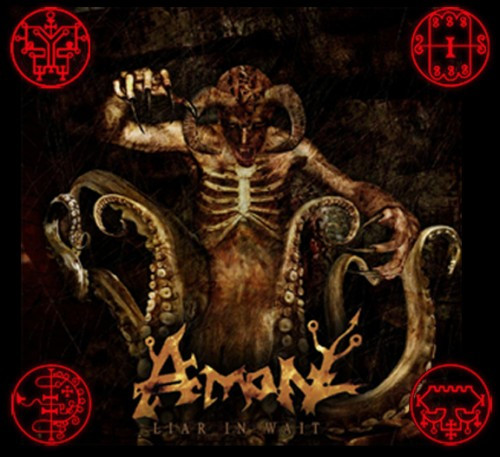 Serious metal nerds will know that Amon is the name of the band that guitarists Eric Hoffmann and Brian Hoffman started before the band changed its name to . . . Deicide. Amon recorded two demos — 1987′s Feasting The Beast and 1989′s Sacrificial — before signing with Roadrunner Records and changing their name to the one that has become legendary. After producing two albums as Deicide, the band chose to make the Amon demos available on CD in 1993 under the title Amon: Feasting The Beast.

The Hoffman brothers had a falling out with Deicide bassist/vocalist Glen Benton in 2004 and went their separate ways. It wasn’t exactly an amicable parting. But the Hoffman brothers have now resurrected Amon, recruiting Jesse “Jecheal” Jolly (Promethian, Horde, Diabolic, Success Will Write Apocalypse Across the Sky) on vocals and bass, and Mike Petrak (Leprosy, Success Will Write Apocalypse Across the Sky) on drums. They recorded an album in December 2010 called Liar In Wait, and it will be released in late November on iTunes, Amazon, and via the band’s official web site (here).

They also got themselves some leather armor and recorded a video for a song from the album called “Among Us”, which was released earlier this week. And on the strength of this song, I’m now very fucking interested in the new Amon. By coincidence, there are similarities with the new Dim Mak music — rhythmic schizophrenia and technically impressive riffing shrouded in an aura of brutality. I especially liked the way the song ended, with a burst of tremolo picking and a sweet guitar solo. Damned fine song. And the video is interesting, too. See for yourself (and thanks to TheMadIsraeli for this find): 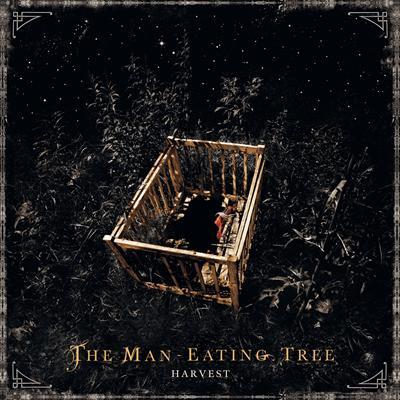 I discovered this Finnish band during 2010, and my last post about them was almost one year ago while in the middle of our Finland Tribute Week series, which went on for more like two weeks. They feature former Sentenced drummer Vesa Ranta plus current or former members of Fall of the Leafe, Poisonblack, Reflexion, and Embraze. They are definitely NOT the usual NCS fare; the music includes clean vocals and a distinctively emotional, atmospheric bent. Still, I’ve developed a soft spot for them.

Century Media will be releasing the band’s second album, Harvest, on November 28 (and pre-orders are being accepted here). The Man-Eating Tree will then begin a European tour on December 26 alongside Amorphis and Leprous. I would pay money to see that show, despite all the clean singing.

Two days ago, to build interest in the new album, the band released a video for a song from Harvest called “Armed”. From the slow-motion lift-off of a butterfly in the opening seconds accompanied by chiming guitars and Tuomas Tuominen’s lilting vocals, I was drawn in, and I hung in to the end. The song reminds me of the more melodic offerings of Amorphis — it’s catchy as fuck and includes enough hammering riffage to appease the reptile part of my brain. Also, they’re from Finland. Check it out:

By the way, I’m the boar hog who found this video. I haven’t completely abandoned the by-ways of the net.

7 Responses to “NEW MUSIC FROM DIM MAK, AMON, AND THE MAN-EATING TREE”