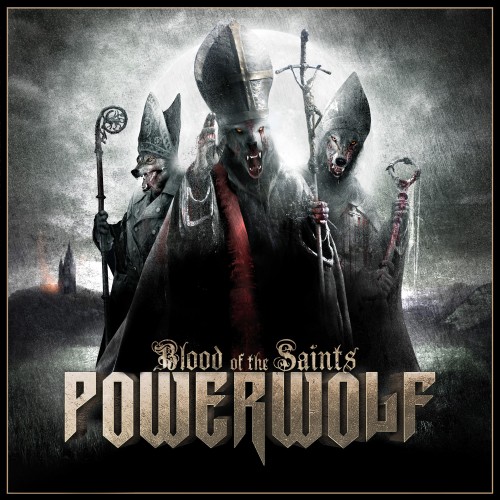 There you go. This 29-word review is all you need to know about this must-buy record.

Just kidding. Jokes aside, that was real helpful in highlighting the contrasting aspects of this disc, eh? The epic, non-LOTR-worshipping (Wow!) quartet behind this masterpiece have been very consistent in putting out quality, unconventional power metal every 2 years, and this fourth record sees them not mellowing down one bit in the uplifting prowess of the power metal sound while maintaining their idiosyncratic image and lyrical theme. I pretty much think they are geniuses, seriously. If you want to sing power metal without sounding clichéd, you gotta avoid fantasizing about damn dragons, elves, dwarves and everything else that appears in Dragon Age or Legend of Zelda. So what do you do? You sing about WEREWOLVES of course! 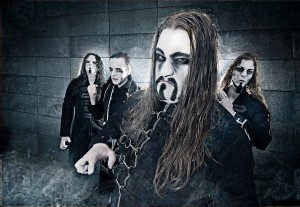 Singer Attila Dorn’s obsession with the Romanian werewolf myth is a really big selling point of Powerwolf. It is such a blast of fresh air to hear about this dark and widely romanticized (but seldom sung-about in cleanly sung metal) Scandinavian legend being touched upon in a genre usually associated with large-scale battles, majestic mythical creatures, and bright colors. Also, check out the disturbingly morbid track titles below. How many power metal bands do this while playing and singing in such a joyful manner? Check out how many times the words “Blood”, “Wolf” and “Die” appear below.

They all appear twice, and holy shit, look at the cheesy play on common phrases (“Son Of A Wolf” → “Son of a bitch”), classic titles in literature (“Phantom Of The Funeral” → “Phantom Of The Opera”) and popular culture (“Dead Boys Don’t Cry” → Fergie’s “Big Girls Don’t Cry” and numerous other “Don’t Cry” titles in pop music). They’re all peppered with the ah-woooOOOOooomph of werewolf references and religious mockery too. For an example of the latter aspect, check out the hilariously simplistic and straightforwardly cheesy chorus of the penultimate track, “Die, Die, Crucified”:

Another reason to like Attila is his classic opera training. Unlike the now-retired Roy Khan (previously of Kamelot) who came from a similar educational background, Attila’s voice doesn’t sound constipated in a nasal way like his, but more powerful than the usual power metal voice we always hear in heaps of typical dragon-worship records out there, giving him an authoritative voice of divine proportions usually deserved by only the holiest of saints or Popes. Or Moses when he was calling out for God’s guidance before the parting of the Red Sea.

The sporadic bursts of chorale-like group chanting coupled with the haunting vibe of the pristine pipe organ give the overall music a very baroque feel as well, a European classical music influence seldom heard in epic power metal. Man, I find it difficult to picture this bunch of corpse-paint-wearing hairy men play their music live.

7 Responses to “POWERWOLF: “BLOOD OF THE SAINTS””