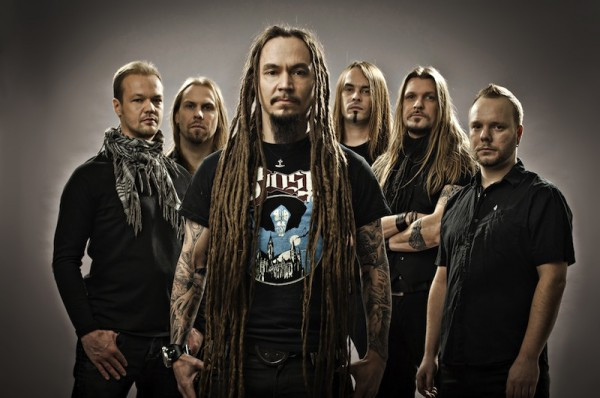 (We now haz our own version of MMA: Trollfiend and Amorphis going head-to-head in a cage match from which only one will walk away. Ladies and germs, place your bets!)

There’s been a lot of talk around the NCS chambers lately about whether or not an artist has the right to radically change everything about their music (they do) and whether or not we as fans should support them or heap massive amounts of hatred and ridicule upon them (we should – ideally, both). This kind of talk inevitably leads (in my tiny, pea-sized Trollbrain) to the band Amorphis.

I fucking loved Amorphis when they first came on the scene way back in 1992 (that’s 19 years for those of you keeping track) with their wacky, zany, combination of folk-scented melodeath. In that nearly two decades they have released 2 demos, 3 EPs, 10 studio albums, 11 singles, 11 videos, 3 compilation albums and a DVD. But somewhere around the third album the love affair ended, and I felt betrayed and abused because they went off in a completely different direction than I was expecting. They grew and changed and went through a dozen lineups and did some weird jazz fusion thing and lost their growled vocals and kind of came back halfway and then… I don’t know. All I do know is that I was left at the prom in my robin’s-egg-blue silk tux holding a bouquet of wilted roses and a used condom while they roared off in their Trans Am and never called me again.

But I’m starting to think that maybe I didn’t give them a fair shake. In my defense, this was right around the time I was getting into black metal, so their artistic meanderings were that much more jarring in contrast. And several NCS contributors have lately made me question my rigid stance on just how much the artists owe to their audience. So there is really only one solution, which is how I solve all major and minor conflicts in my daily life: gladiatorial bloodsport.

That’s right. I, Trollfiend, will go head-to head with Amorphis’ complete studio discography in a bloody, no holds (or holes) barred, teeth-and-nails combat that will only end when one of us is lying bleeding on the sand frantically trying to stuff our intestines back into a gaping gut-wound.

Here are the rules: 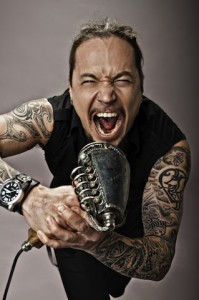 I will listen to each of the 10 studio albums in order of their release a minimum of three times each. After this, I will award points as follows: if I like two or fewer songs on the album, the point goes to me; if I like three or more, the point goes to Amorphis. After all 10 albums have thus been treated, I will add up the points and see who is the victor. In the unlikely event of a tie, I will tally the number of ‘winning’ versus ‘losing’ songs that have been included on their compilation albums with majority taking the win.

If I am the winner, well, you will all have been treated to 10 posts worth of my scintillating prose and maybe a song or two that you liked, and I can rest on my Trollbutt knowing I have made all of your lives that much better and brighter, which in itself is its own reward.

If I lose, however….if I lose, my punishment will be to write a positive review of Morbid Angel’s Illud Divinum Insanus.

IS THIS NOT WHY YOU ARE HERE?

ARE YOU NOT ENTERTAINED?

Amorphis Deathmatch, Round 1: The Karelian Isthmus.

This is going to be a weird review for me because I’ll be listening to this album through my now-jaded and folk-metal loving ears but also remembering it in my early-20s-everything-must-be-brutal ears. Deja fucking vu or something.

In case you didn’t know, the Karelian Isthmus is that big glob of land between Russia and Finland. I’m not sure why a Finnish death metal band would choose to call their debut album that, unless of course they live there or something. Which I don’t think is the case because I’m pretty sure it’s part of Russia now. So they’d be Russians and not Finns. Unless there’s a Finnish minority in Russian Karelia….you know what, this is boring even to me, and I’m a history buff.

This album opens with an acoustic-and-keys intro track (“Karelia”) and quickly dives into some frigid, ice-cold death with the second track, “The Gathering”. It’s slow, thundering, dark, and grim, with some catchy semi-melodic riffs and throat-ripping death growls. And then it gets to track 3, “Grail’s Mysteries”. This song opens with a bouncy, almost party-rock riff. Shades of what is to come, perhaps? But it is not totally out of place with the Amorphis sound. And it’s a little different, so I’m not minding it too much, but it’s not a win.

The next track, “Warrior’s Trial”, is more what I’m expecting. It’s punishing, with soaring make-you-think-of-snow-blasted-plains guitar bits and heavy riffs. Track 5, “Black Embrace” is more of the same. I’m impressed by the song structure – this is more complex than the death metal I’m used to. Even the eerie acoustic bridge isn’t all that odd…or if it is, I’m not finding it out of place with the rest of the song. Crap. They done won me over on this one.

Then we come to “Exile of the Sons of Uisliu”, which is a long-standing favourite of mine. I remember thinking of it as a mashup of Celtic Frost and Dismember. Crap again! How can I hate that?

The next track is “The Lost Name Of God”. At this point I’m almost thinking I’ve got my Slayer playlist on by mistake (which might have been true except I don’t have a Slayer playlist) because this song opens so much like a later Slayer song that it’s uncanny. You’ve got the eerie, reverbed guitar playing by itself, and then the sneak-up-on-you thunder-drums come in…but then we get more grunty death vocals and everything makes sense again. Not a bad track, just not my favourite. Saved from the lion’s jaws, just barely…

“The Pilgrimage”. You can almost imagine a host of black-hearted priests marching across the snow to some darkened fane of a corrupted god, leaving a trail of ashes and blood in their wake. Another pretty good track, pretty heavy…wait, what’s with the airy keyboard shit? Aha, they thought they had me on that one.

“Misery Path” is next. That’s got to be fucking brutal with a name like that. And it is, but again… perfectly acceptable track, just not a ‘love’ for me. Honestly, I was sure the first two albums were going to be write-offs for me and I was counting on Amorphis sucking hard to make up for it. I should be okay…there’s only a couple more tracks. Surely I’ll be safe.

Unfortunately, those Finnish bastards Turkish-prison-raped me with the final track, “Sign From The North Side”, a chunky, fat-bottomed slug of a song that still manages to come across as melodic and interesting, having some almost Middle-Eastern sounding riffs in the middle.

I’m not counting “Vulgar Necrolatry” because, while it’s a kick-ass song, it’s one written for the band Abhorrence of which Amorphis at this time comprised a couple of members. So technically I’m going to say it’s not really an Amorphis song. Not that it matters; I’ve already lost.

Not an auspicious start.

19 Responses to “AMORPHIS DEATHMATCH – Rules and Round One”