Today we have Part 2 of this year’s list of the most infectious extreme metal songs, as determined by me and myself, but not the other parts of my fractured personality. To understand what this list is all about and how it was compiled, you may read the Introduction via this link. To see the selections that preceded this one, click the Category link on the right side of the page called MOST INFECTIOUS-2011.

Today’s first song should come as no surprise to anyone around these environs. Although Surtur Rising has been neglected on most year-end lists I’ve seen, I thought the album was a solid addition to Amon Amarth’s discography, with variety in the mood and pacing of the songs plus a satisfying helping of what we’ve all come to expect from a new release by Amon Amarth: catchy, galloping, Scandinavian melodic death metal suitable as accompaniment for fighting frost giants, or a night of raping and pillaging among close friends — or simply getting tanked to your eyebrows on hornfulls of mead.

Some have criticized Amon Amarth for being too predictable in their sound, but I guarantee you, if they changed the formula too much their fans would start burning shit to the ground like those Vikings on the album cover. Besides, it’s a winning formula in my alchemy book.

Surtur Rising includes several strong candidates for this list, but my favorite, and the one I think most infectious, is “War of the Gods”. In fact, I think it will take a rightful place in the pantheon of Amon Amarth classics. 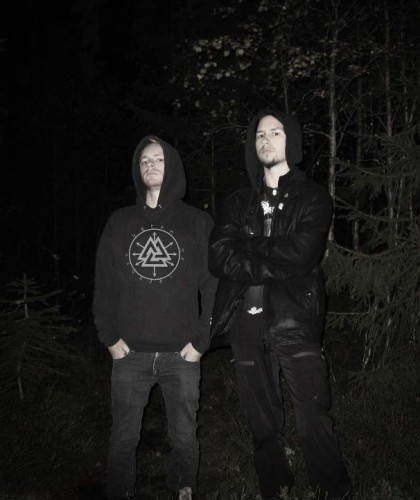 As well-known as our first pick is, our second song today is from a band that’s considerably more obscure — though that’s already changing.

Norway’s Blodsgard haven’t even released an album yet, only three demos. When I found out about the band in September, the most recent demo — a four-song offering called Solve et Coagula — hadn’t even been released for public distribution, and the band had no plans to do so. I got a chance to hear it and then obtained permission to provide a link to a special 3-song download for our readers, which included two tracks from Solve et Coagula plus another even more recent song, as a companion to our review.

Since then, the band have made the decision to release Solve et Coagula for download on their web page (here), which also includes the opportunity to buy a previous demo called Nuclear Extinction.

What I’ve heard from Blodsgard to date ranges from solid to superb. The music is definitely nekro, rooted in the hallowed traditions of Trve Norwegian Black Metal, but guitarist/vocalist Fredrik R is a talented songwriter, and what he creates is much more than the typical hate-filled, clawing-to-the-bone that you might expect. There’s one song in particular to which I’ve returned many times — “Mentalt Minefelt”. I’ve become addicted to the bleak, moaning melody, the kataclysmic drum explosions, and Fredrik R’s positively harrowing vocal style. This song is kvlt — and it’s also tremendously infectious.

I think these two songs sound unexpectedly sweet when played back to back, so I’ve grouped them together below.

“War of the Gods”

[audio:https://www.nocleansinging.com/wp-content/uploads/2011/12/01-War-Of-The-Gods.mp3|titles=Amon Amarth – War Of The Gods]

16 Responses to “OUR LIST OF 2011’S MOST INFECTIOUS EXTREME METAL SONGS: PART 2”