I rarely listen to the style of melodic doom that pervades The Inside Room, and I’m not well-informed about stand-out albums in the genre, either this year or ever. On the other hand, I didn’t jump on the 40 Watt Sun bandwagon late in the day. Acting on impulse, I decided to listen to a promo copy of the album last April, although I had previously heard nothing about the band and had no idea who Patrick Walker (ex-Warning) or his bandmates Christian Leitch and William Spong were. Despite the vast distance between the music I heard and the territory of metal where I usually roam, I was overwhelmed by what I heard.

I’ll leave a more detailed explanation of why I found the album so affecting to the review I posted last May, and quote only this excerpt: “Walker has a soul-baring style that’s powerfully gripping, and although they suffuse the music with an atmospheric air of sadness, they don’t wear out their welcome. And then, there are the melodies. I defy you to listen to any one of these five tracks and not have the melodies ringing in your head for hours and days after.”

This track in particular I found impossible to forget, and so it belongs on this list:

And since we’re already in doom territory, I thought this would be a logical time and place to add the next song to the list as well. 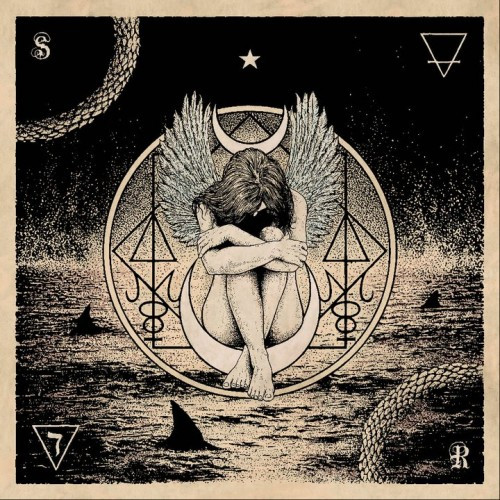 A few days ago, I was taking in vain the name of one of my NCS co-founders IntoTheDarkness and his love of deathcore. But he is also the person who insisted last summer that I listen to a song by Salt Lake City’s SubRosa called “The Inheritance”. That in turn led me to check out the entire album on which it appears, No Help For the Mighty Ones.

The album is even further away from my usual listening habits than The Inside Room. It includes almost entirely clean female vocals, violin melodies that diverge between the delicate and the psychedelic, and slow, maximum-sludge riffing. I can’t say that I fell hard for the album as a whole — and we didn’t review it at NCS. But there’s something about the music that I can’t shake.

Perhaps part of the attraction is knowing about the thematic subject of the album — the 1961 murders of a family on a sea cruise by a decorated World War II and Korean War pilot (Julian Harvey) who was captain of the vessel. One family member was left alive and amazingly survived the sinking of the ship and four days at sea on a small cork float: 11-year-old Terry Jo Duperrault. Her rescue and reappearance led Harvey to kill himself by repeatedly cutting his body deeply with a razor blade. As SubRosa’s Rebecca Vernon explained in this interview:

“You’ve probably read the story about Tere Jo already, but the reason her story applies to this album specifically is that it blew my mind that an 11-year-old girl had the power to make an adult man kill himself because of the truth that she carried. Not only did she have the power to damn him in front of an earthly tribunal, but she was like his dead conscience resurrected from the ocean he’d thought he could bury it in. There was no help for that mighty one.”

I don’t love this album from beginning to end, but this particular song got stuck in my head from the first time I heard it, and it hasn’t let go yet. Don’t be fooled by how the song starts. There are razors in it at the crescendo.