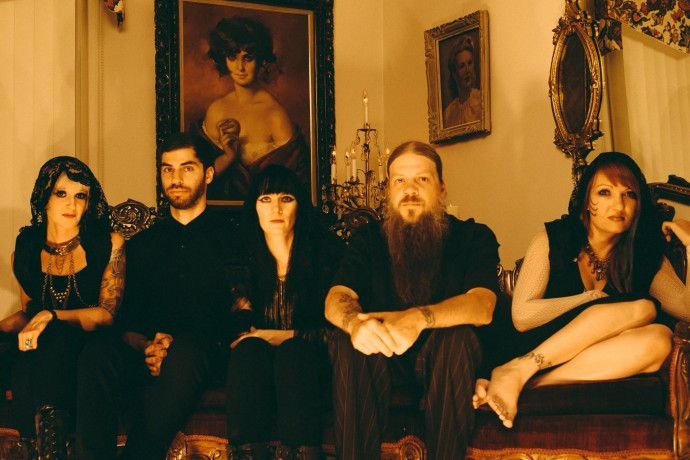 (We welcome the return of guest writer Alain Mower and the second in his series of interviews of women in metal. In this edition, he talks with three of the members of Utah-based SubRosa — Kim Pack, Sarah Pendleton, and Rebecca Vernon — whose 2013 album More Constant Than the Gods has been appearing on many year-end lists around the world, including this recent one on our own site, and whose answers to Alain’s questions are both eloquent and inspiring.)

This series is dedicated to creating discussion and awareness by expressing the observations, thoughts, and opinions of current prolific metal musicians who, in their spare time, also happen to be women. This is in direct response to the few stragglers in the community who think that there is still a place for sexism in metal.

If this results in you punching some loud-mouth, drunk sexist at the next show you go to or calling someone out when they question the attendance, attire, or musical capabilities of a woman at a show, then that’s all I could ever ask, and then some. END_OF_DOCUMENT_TOKEN_TO_BE_REPLACED

I rarely listen to the style of melodic doom that pervades The Inside Room, and I’m not well-informed about stand-out albums in the genre, either this year or ever. On the other hand, I didn’t jump on the 40 Watt Sun bandwagon late in the day. Acting on impulse, I decided to listen to a promo copy of the album last April, although I had previously heard nothing about the band and had no idea who Patrick Walker (ex-Warning) or his bandmates Christian Leitch and William Spong were. Despite the vast distance between the music I heard and the territory of metal where I usually roam, I was overwhelmed by what I heard. END_OF_DOCUMENT_TOKEN_TO_BE_REPLACED 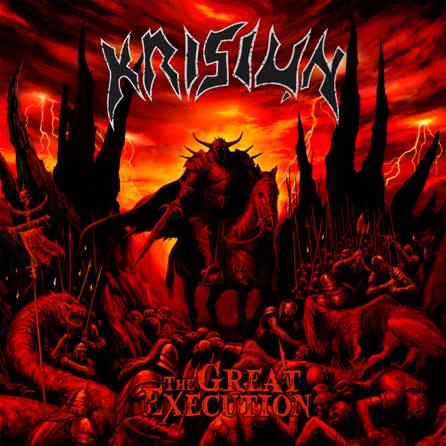 The three, mean-ass, Brazilian death-metal overlords in Krisiun have a new album on the way. Called The Great Executioner, it will be released by Century Media in Europe on October 31 and in the U.S. on November 1. About 10 days ago, Krisiun released a song from the album called “The Will To Potency”. Somehow, I missed it until this past weekend. It’s stupendous, titanic, mind-bending. It lashes together strikingly proficient technical musicianship, bursts of head-spinning melody, guitar solos so white-hot as to melt lead, and the voraciously unclean vocal roars we all know and love so well. And wait ’til you hear the song’s intro. Limber up your neck muscles and hear this (right after the jump): END_OF_DOCUMENT_TOKEN_TO_BE_REPLACED