Last week, U.S. law enforcement authorities convinced a federal judge in Virginia to shut down the Megaupload file-sharing site pending a criminal trial of its owner, “Kim Dotcom”, and other employees on charges of criminal copyright infringement. Working in cooperation with the U.S. Department of Justice, New Zealand police arrested Dotcom at his Auckland mansion, seized millions of dollars worth of expensive cars, and froze bank accounts holding $11 million in cash. The U.S. will now try to extradite Dotcom to the U.S. to stand trial.

A couple days ago, I wrote an article for NCS trying to set out the facts about why the government went after Megaupload so aggressively and what laws the government has charged Doctom with violating — they didn’t need SOPA or PIPA to do it. I also offered some opinions, the main one being that the Megaupload shutdown really doesn’t have anything to do with freedom of speech or censorship and instead has a lot more to do with temporarily impairing our ability to get something for nothing. I also made this prediction:

“If this case is successful, we will likely see a severe short-term restriction on our ability to download albums for free — because other file-hosting companies will be taking more aggressive steps to prevent the uploading and downloading of copyrighted content. In fact, they’re probably taking steps to do that right now.”

Well, sho’ nuff. Today, the FileSonic on-line file storage site has terminated the ability of users to share files among themselves. The site now sports a banner on its home page stating: “All sharing functionality on FileSonic is now disabled.  Our service can only be used to upload and retrieve files that you have uploaded personally.”

To repeat what I said in that previous article, the government went after Megaupload hammer and tongs not because they weren’t vigilant enough in stopping users from occasionally providing download links to copyrighted content, but because the company actively (and brazenly) encouraged and rewarded piracy and profited handsomely from massive theft of copyright owners’ intellectual property — not just music, but also movies, TV programs, and commercial software.

To repeat what I wrote before, the Megaupload shutdown won’t stop file-sharing and piracy. Digital content is too easy to pass around, and there will always be places where content can be uploaded and downloaded by anyone with the link. But the big, highly visible file-storage sites like Megaupload — and FileSonic and Mediafire — are at risk precisely because they’re big and highly visible. They’re big enough that the government can justify the expenditure of resources going after them if they don’t take steps under the U.S. Digital Millennium Copyright Act (DMCA) to protect themselves from charges of copyright infringement — more bang for the buck, so to speak.

The DMCA does provide a “safe harbor” for online service providers (OSPs). According to this summary of the safe harbor parts of the law, first, the OSP must “adopt and reasonably implement a policy” of addressing and terminating accounts of users who are found to be “repeat infringers.” Second, the OSP must accommodate and not interfere with “standard technical measures.” For on-line sites that store potentially infringing files, the law also requires that the OSP:

1) not receive a financial benefit directly attributable to the infringing activity,

3) upon receiving notice from copyright owners or their agents, act expeditiously to remove the allegedly infringing material.

No doubt, the Megaupload shutdown caused by the long arm of the U.S. government is causing the big file-storage sites — including those based overseas — to take a harder look at these safe harbor provisions. You can see how FileSonic has chosen to react. 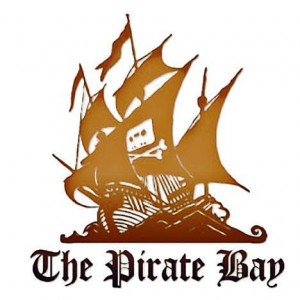 In other news, The Pirate Bay — a site that openly promotes pirating of copyrighted content — released a self-serving, puffed-up press release on January 18 on the subject of SOPA, which you can see here. I’m not going to take the time to wade through all the self-congratulatory bullshit in that statement — in which they compare themselves to the innovators of the modern motion picture industry and claim that they’re a force for competition against big media conglomerates, despite the fact that they create absolutely nothing.

But let’s look at just one of the claims in that press release. The Pirate Bay claims that Thomas Edison patented motion pictures, and then they say this:

“Because of Edisons patents for the motion pictures it was close to financially impossible to create motion pictures in the North american east coast. The movie studios therefor relocated to California, and founded what we today call Hollywood. The reason was mostly because there was no patent. There was also no copyright to speak of, so the studios could copy old stories and make movies out of them – like Fantasia, one of Disneys biggest hits ever.

“So, the whole basis of this industry, that today is screaming about losing control over immaterial rights, is that they circumvented immaterial rights. They copied (or put in their terminology: “stole”) other peoples creative works, without paying for it. . . .

“The reason they are always complainting about “pirates” today is simple. We’ve done what they did. We circumvented the rules they created and created our own.”

According to this article at The Font of All Human Knowledge, Edison and other patent owners did establish a trust in 1908 that owned most of the American patents on motion picture cameras and film, and did enforce those patents in a way that severely restricted the development of the American motion picture industry. Many independent filmmakers did move to Hollywood in part because it was farther away from Edison’s home base in New Jersey — but of course the patent laws are national in scope, and applied just as much in California as anywhere else.

But the Edison Trust’s control over motion picture production technology came to an end in 1915 when a federal court decision held that the Trust’s enforcement of its patents violated the U.S. antitrust laws and was an illegal restraint of trade. The Trust was terminated in 1918, 10 years after it came into existence.

According to this other article at The Font of All Human Knowledge, the development of Fantasia began in 1937 — almost 20 years after the Edison Trust dissolved. I haven’t found anything in that article, or anywhere else, suggesting that Disney “stole” anyone’s creations in making that movie. Many of the classical music pieces used in the film weren’t copyrighted, and in the case of “The Rite of Spring”, Disney acquired the rights to use the music from its composer, Igor Stravinsky, who actually visited the studios to view the sketches, storyboards, and models for the “Rite of Spring” segment.

It seems to me that there’s a difference between making use of creative works that aren’t copyrighted in order to create something new (which is perfectly legal) and making money yourself by distributing someone else’s copyrighted works without their permission (which isn’t). The Pirate Bay does the latter.

Now, a good case can be made that U.S. patent and copyright laws give the owners of intellectual property a monopoly on their creations that lasts too long and actually stifles innovation. I’m not arguing that point. Maybe the world would be a better place if there were no copyright laws at all — if no one, including the creators, could own intangible works like books, and movies, and software, and music — though I doubt that.

My only point here is that there’s a big difference between someone who creates art in any form and someone who just rips off someone else’s creation for their own profit. The Pirate Bay could at least be honest about what they’re doing. They create nothing, and they’re not legitimately competing with anyone who creates things we enjoy. They’re not paragons of free speech or anarchists — they just enable people to get their entertainment without paying for it. End of story.

As always, feel free to call me a douchebag in the Comments.  (Credit to TheMadIsraeli for making me aware of the FileSonic development and The Pirate Bay’s press release.)