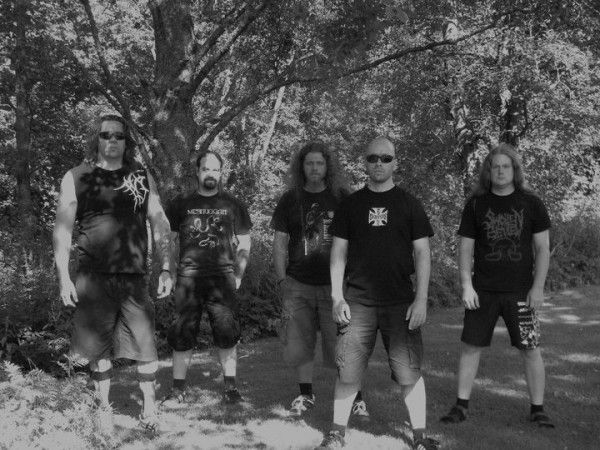 Sometimes, the unfinished dreams of youth can be recaptured and brought to fruition despite the passage of decades. This is one such story.

I first learned about Altars of Destruction almost one year ago from fireangel of the Finland-based Night Elves blog, who provided me quite a lot of information about the band and their significance in the history of Finnish metal. To sum up:

AoD was founded in 1986 by the brothers Kimmo (guitar) and Pasi Osmo (bass) and Jukka Sandberg (drums). By 1988, the band’s line-up had solidified with the addition of guitarist Mika Ahlqvist, vocalist Mika Luoma, and new drummer Juhani Mäenpää. AoD was one of the earliest thrash bands in Finland, playing alongside Stone, who we featured in our Finland Tribute Week series (here) and whose former members are now in bands such as Children of Bodom (Roope Latvala) and SubUrban Tribe (Janne Joutsenniemi, who is also a producer for the excellent Finnish band MyGrain).

After the replacement of Mika Ahlqvist with guitarist Junnu Mäki, AoD released an EP (Painful Awakening) in 1989, but unfortunately dissolved due to internal and external difficulties before recording what was to be their debut album. But beginning in about 2006, the band began the process of re-forming, with Jussi Samppala (Tyrant Disciple) eventually stepping in on drums, and in 2010 — more than two decades after the band first formed — they finally released their “debut” album, Gallery of Pain. It’s a mix of old and new material and is available for streaming at MySpace (here). 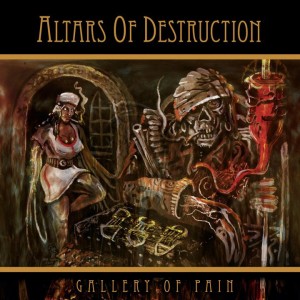 Last May, there was a further line-up change, as long-time vocalist Mika Luoma (who recorded the vocals on Gallery of Pain) parted ways with the band. Jarno Samppala (brother of the band’s drummer) became the new vocalist, and Jussi Arkela also joined the band as a second guitarist (Junnu Mäki having departed before the completion of recording for Gallery).

More detail about the band’s experiences in the 80’s and how they came back to life again can be found in fireangel’s February 2011 interview of band members here.

What prompted this post was the recent release of a live video of Altars of Destruction performing two songs from Gallery of Pain — “Day of Judgement” and “Suicide . . . Are You Fucking Insane?” — at Firebox Metalfest at Rytmikorjaamo, Seinäjoki, Finland, on September, 30, 2011.

Both the video and the songs have a strong old-school vibe. This isn’t nu-thrash or re-thrash or whatever you want to call the revival of the style by the many young bands who’ve dived into the genre over the last couple of years. It’s a blast from the past by people who were on the scene in its early days and who clearly haven’t lost the passion they felt as teenagers. This is hell-ripping music. Check it out:

P.S.  The album-artwork for Gallery of Pain was created by Juha Vuorma, who also designed the art for the first three Kalmah albums and for Usurper and Metuja, among others. He also did the artwork for the awesome animated video by a Texas band called Ghoultown that we featured here.

You can learn more about what Altars of Destruction is up to by visiting them on their Facebook page.  Thanks again to fireangel for the tip on the new AoD video.